BBC Weather forecaster Carol Kirkwood warned of snow across Scotland on Thursday and Friday. She noted it will also strike parts of England, Wales and Northern Ireland. This is due to a cold blast moving in from the Atlantic and will bring showers as well.

The Met Office has also issued a yellow snow warning for Scotland.

Ms Kirkwood said: “The snow level will rise as we go through the course of the day.

“It has come across a lot of Scotland and we could see a little bit more.

“We have had it in the hills for England, Wales and Northern Ireland as well.

“We have also got some showers here as well.” 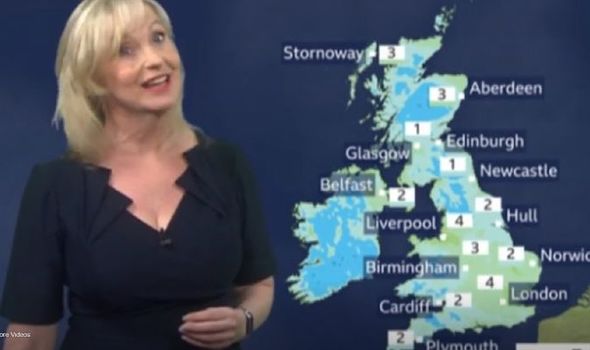 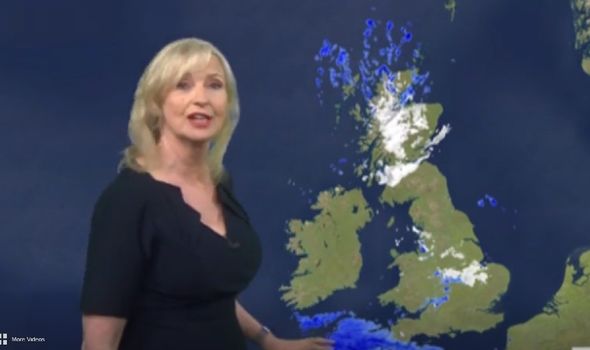 Ms Kirkwood went on to explain the wet weather set to move southwards across the rest of the UK.

She said: “Through the rest of the day you can see how the showers filter a bit further south getting into northern England.

“The wintry flavour will be in the tops of hills by now.

“We have also got showers at the moment tops of hills in Midlands pushing southeastwards. 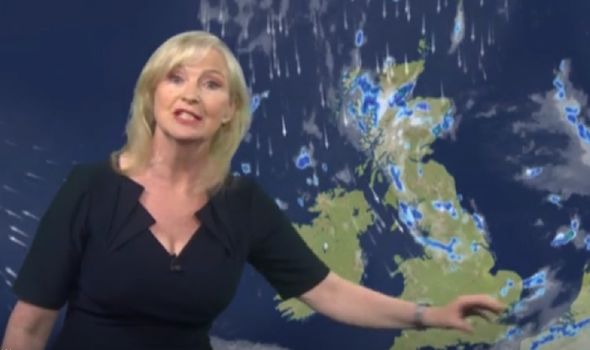 “At the moment there is also some cloud and rain moving across the English channel.

“They will be grazing the south coast of England but very much hitting the channel islands.”

Despite the cold blast temperatures will stil reach double figures for most areas.

The coldest temperatures are set to be in Scotland Stornoway at 8C. 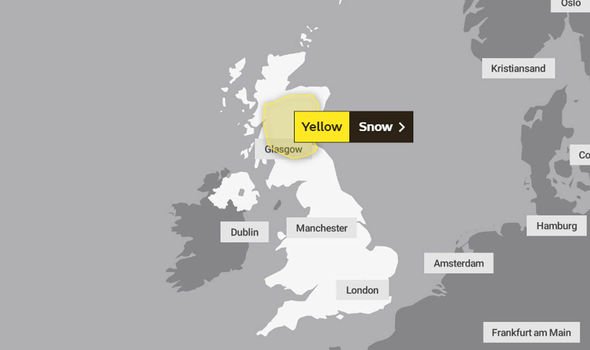 While Cardiff and Plymouth will see the warmest temperatures of 12C.

Ms Kirkwood continued: “Temperatures will be about 8-12C so still below average for early May.

“During this evening and overnight there will still be some showers around.

“There will also be a lot of clear skies so it is going to be another cold night with some frost.”