Conditions in Europe are looking unsettled for the next few days, according to BBC meteorologist Stav Danaos. The weather presenter warned that this would be the case certainly for the end of the week, and for much of the weekend. He pointed to the low pressure near to Iberia as a cause.

“It’s going to extend its way northwards, affecting much of northern Spain into the Pyrenees and then into southern France as we reach Friday.

“Meanwhile as we see that area of low pressure clear away from the eastern Mediterranean after some heavy rain for parts of southeast Turkey, Cyprus and the Levant, we should start to see some sunshine moving in its way.

“However we’ll start to pick up northerly winds across the southeast of Europe.” 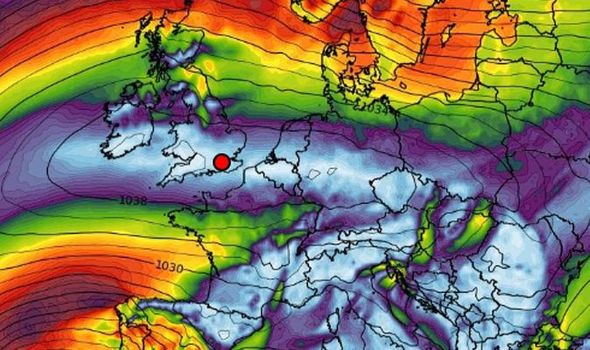 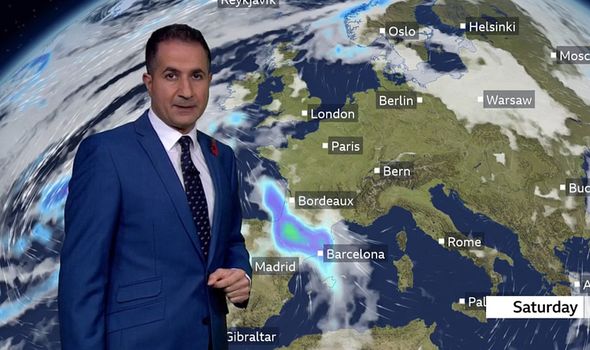 He continued: “So although it will be sunny by day, it will be quite chilly by night.

“That also goes for much of Greece and the islands.

“We’ll have variable amounts of cloud into the northeast of Europe.

“It’s been very mild across Scandinavia, windy with outbreaks of rain.” 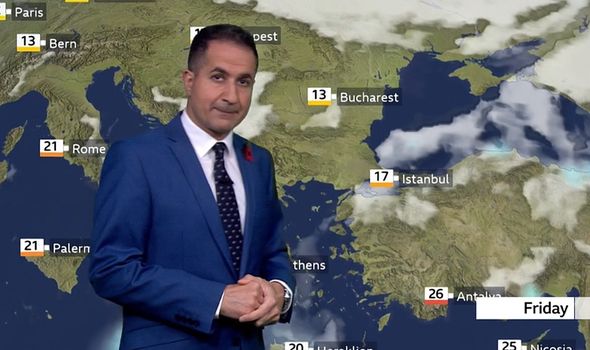 The BBC presenter added: “Temperatures are set to fall here as we move deeper on into the weekend.

“Meanwhile this area of low pressure continues to spin close to Spain and Portugal.

“Some big waves and strong winds will affect coastal Portugal and the northwest of Spain.” 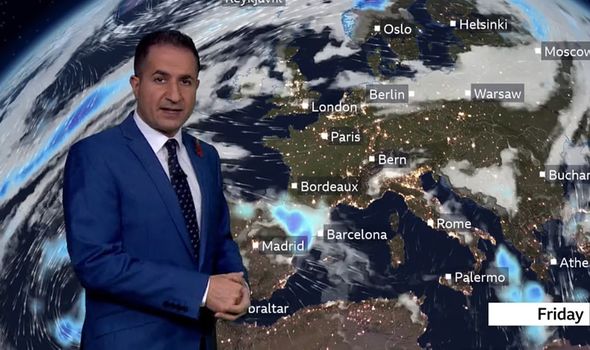 Mr Danaos said: “That rain will move into central and western France as well, but it will be mild on that southerly wind.

“In fact, it looks pretty mild in London and Paris throughout the weekend and into next week, but it will turn more unsettled.

“For Rome, it will stay dry and sunny as temperatures are around 20 degrees.

“There’ll be some sunshine and dry weather for Berlin.

“For Athens, it will be sunny by day, but quite chilly at night.”