BBC meteorologist Darren Bett warned that there is still rather unsettled weather across northern most parts of Europe. He said that there’ll be some strong winds at times due to areas of low pressure, bands of cloud and rain. An area of cloud will also continue to move its way southwards across Scandinavia.

Mr Bett told viewers: “It will bring some wet and windy weather for the Baltic states.

“It will also introduce some fresher air.

“At the same time we’ve got some thunderstorms across some parts of the Mediterranean.

“It will probably be moving away from the Balearics heading towards Corsica, Sardinia and some other mainland areas of Italy.” 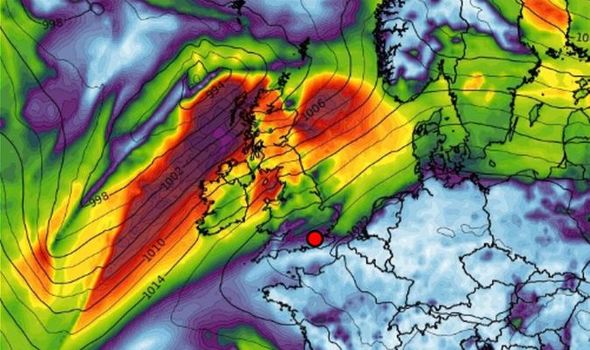 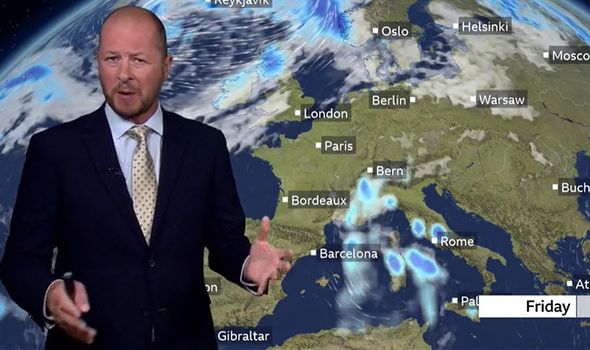 He continued: “Towards the southeast of Europe, it’s dry, hot and sunny.

“Nothing much will change here in the next few days.

“But coupled with those heavy showers through the Mediterranean, we’ll get a few thunderstorms across the Alps.

“Then to the north of that band of cloud there, this is where we’ve got the cooler and fresher air.” 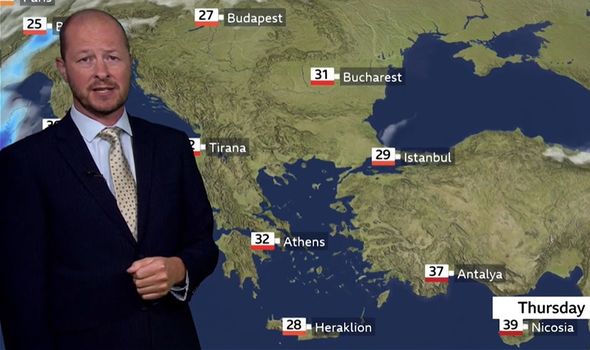 The weather presenter added: “Some windy conditions will be around the Baltic states as well.

“The winds may ease off a little bit on Friday.

“Another spell of rain though will come into Norway.” 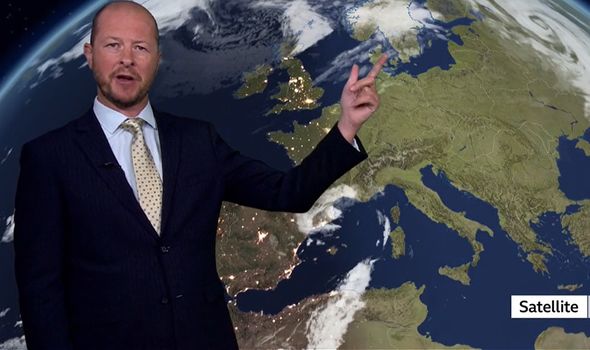 Mr Bett said: “Still across central parts of the Mediterranean, this time there’ll be the chance of some thunderstorms.

“Some heavy rain will threaten some localised flooding as well.

“Looking ahead over the next few days, there’s some much warmer weather on the way for London and also in Paris.

“It will cool down and turn much more changeable across Iberia.

“Further east, it’s still dry with plenty of sunshine, but a little bit cooler in Berlin.”