BBC Weather forecaster Louise Lear noted that western Europe can expect wet and unsettled weather over the next few days. She said a weather front from the Atlantic would bring in heavy rain and this would increase the risk of localised flooding. In Scandinavia, the weather will remain relatively the same as the last few days with dry but cold temperatures.

Ms Lear said: “There are some weather warnings as there is potential for some localised flooding.

“These warnings still remain in force in parts of France as we see some very unsettled weather.

“This curl of cloud shows wet weather pushing its way across France and Germany.

“There is more to come as we move into Wednesday as well. 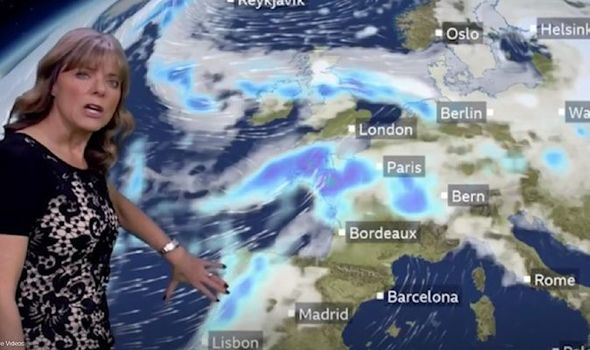 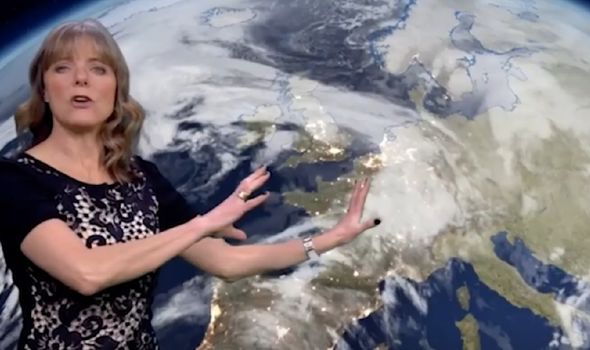 “It will be moving from the north coast of Portugal into western France, moving up through France into Germany.”

The BBC Weather forecaster noted that in Scandinavia the temperatures will remain cold as they have for the last few days.

She also noted that the weather in eastern Europe greatly contrasts the rest of the continent.

She said: “It is cold in Scandinavia and that easterly wind will be a feature for the UK over the next few days. 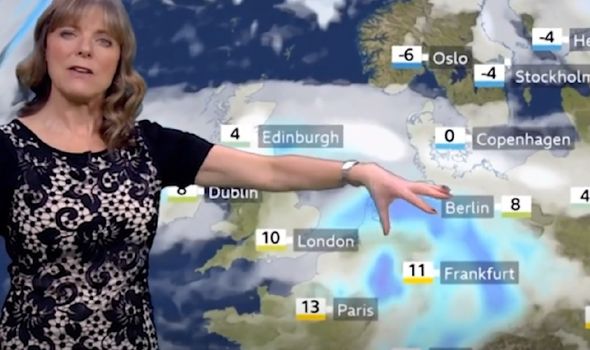 “It is not too bad across the Mediterranean over the next couple of days.

“Wednesday and Thursday show a great deal of fine and dry weather.”

The weather forecaster noted that across much of western Europe, despite the heavy rain, temperatures for many nations will reach the mid-teens.

She said: “It is less windy in northern Portugal but some wet weather still moving through. 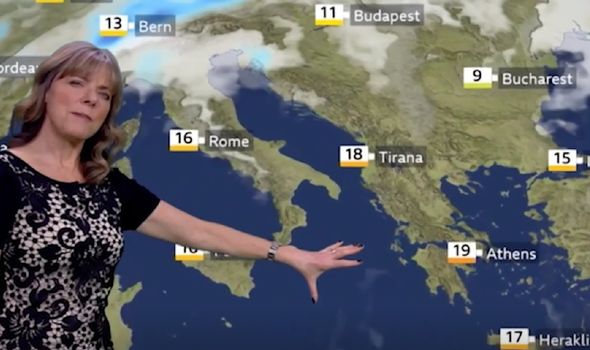 “That is the story on Wednesday and on Thursday, a slightly quieter weather story generally.

“It is still pleasant across the Mediterranean, still bitterly cold in Scandinavia and an easterly wind is going to push itself into the Channel.

“It may have quite an impact for the UK as we move through the weekend.”