BBC meteorologist Susan Powell forecast blustery days ahead for parts of Europe this week. The weather presenter noted that although the “severe gales” will largely be in the north of the continent, they’re also expected to “dig down as far south as Crete”. She also told viewers that while the days will be “much clearer and drier” for some, a few showers could still be incoming.

Ms Powell said: “Centred across the heart of Europe at the moment we have a big area of high pressure.

“That stabilises things a lot, bringing clear skies, a lot of dry weather and sunshine.

“But around the periphery of the high, we’ve got a number of areas of low pressure.

“And as the highs and lows get squeezed together, we can end up with very strong winds.” 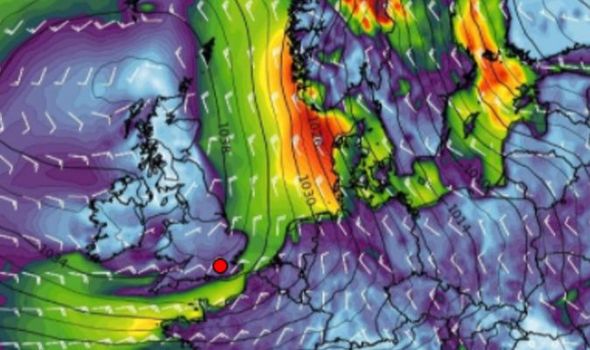 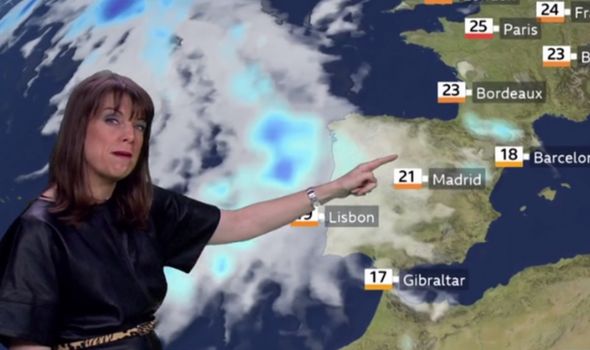 She continued: “For example, this strong northerly wind which will continue to be an issue across the Aegean on Wednesday, perhaps even severe gales.

“In some areas, the winds will dig down as far south as Crete.

“It’s still looking quite showery, particularly across eastern regions of Greece and especially for southern Turkey.

“It will become much clearer and drier as we make our way across the Balkans, Italy, Corsica, Sardinia and the Balearics.” 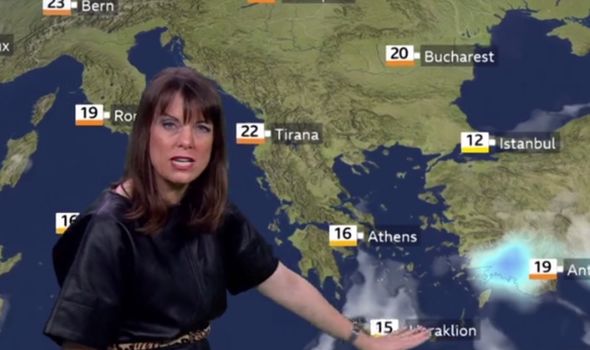 The BBC presenter added: “There’ll be a few showers for the south of France and the north of Spain.

“The remnants of one area of low pressure and our next low will try to get in from the Atlantic.

“That will feed a lot of cloud into Portugal, where it’s looking pretty wet for Thursday.” 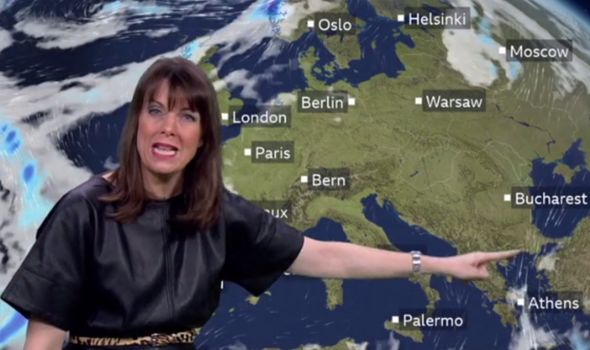 Ms Powell told viewers: “Low pressure is still flipping across the top of the high too, bringing windier weather at times into Scandinavia and some rainfall.

“It does look like the wind will start to ease quite significantly for Greece and Turkey from Thursday onwards.

“Quite a bit of warmth and association with the high making it a good way north.

“Temperatures will be up into the mid-20s for Paris on Friday, cooler and wetter here come Saturday.

“Warmth returns to Greece and Turkey as we lose that strong northerly wind as well in the coming days.”