The BBC Newsnight presenter locked horns with former National Security Adviser John Bolton as she challenged him over his failure to testify in Donald Trump’s impeachment trial last year. The clash reached its apex as Emily Maitlis asked Mr Bolton why he did not warn the American people about the “clearly corrupt” administration he worked for. The BBC host said: “Why weren’t you then worried about somebody you saw as clearly corrupt, who you would have worried about endangering American security?”

Mr Bolton insisted he tried to steer the President towards a “better direction” and resigned to protest his inability to make responsible decisions to ensure the security of the United States.

He said: “I was worried about him endangering American security.

“That’s why I tried to move his policies in better directions and why, ultimately, when I concluded I couldn’t do that, I resigned.”

Ms Maitlis however cut him off to challenge him again about not testifying during the impeachment proceedings. 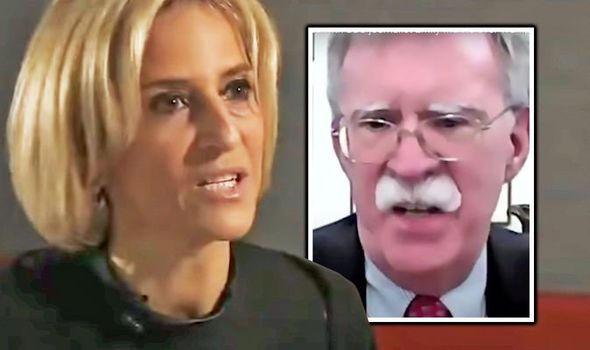 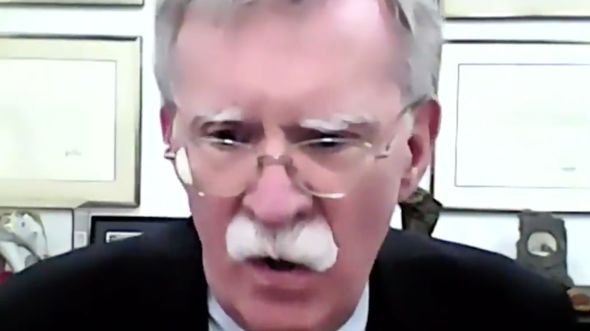 She said: “You were given the chance to testify at his impeachment.

“You were begged to do your duty as a citizen, you refused to tell the American people what you saw and what you knew.”

But Mr Bolton immediately shut her down, saying: “You’re absolutely wrong about that. There’s a history here that I’d be delighted to lay out although I’m sure you won’t broadcast it here because it’s too complicated.”

As he attempted to continue his answer, Ms Maitlis once again began to speak over him, prompting the former adviser to erupt: “Let me finish. Let me finish, ok?

READ MORE: Trump’s sanctions on Iran could give Biden nuclear deal advantage if he wins US election 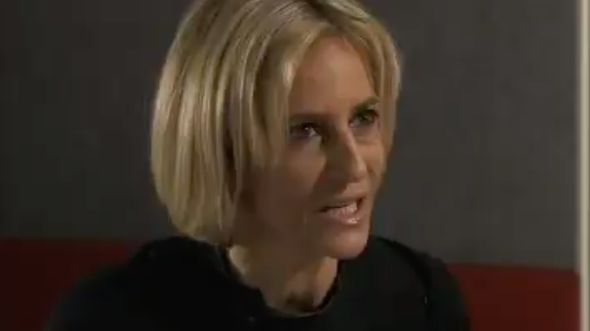 He then explained: “The House of Representatives never issued a subpoena for me.

“And when they issued a subpoena for my former deputy, the White House ordered him not to testify.”

In December 2019, the House of Representatives approved two articles of impeachment for abuse of power and obstruction of power but the decision was later struck down in the Senate. 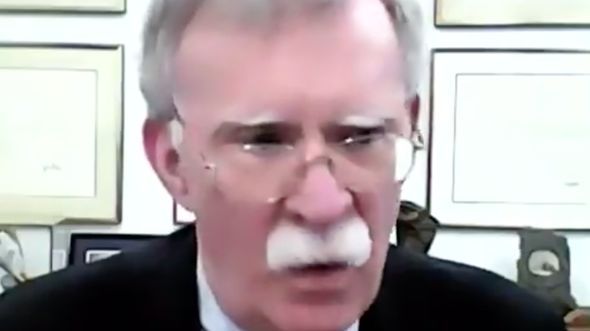 President Trump hailed the results of the hearings as the end of a lengthy witch hunt aiming to oust him from the White House, and he repeatedly mocked Democrats for their attempts as he campaigns for re-election.

The US Election 2020 is expected to be highly contested independently from the final results, as both Donald Trump and Joe Biden put in the final efforts to secure a victory.

National polls have been putting the former vice-president in the lead over the incumbent but the Trump Administration has challenged the surveys with claims of an upcoming win in several swing states.