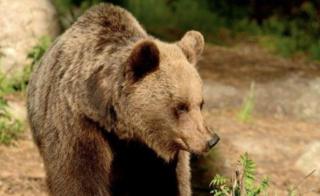 A regional leader in northern Italy has ordered the culling of a bear that attacked a father and son out hiking earlier this week.

The 28-year-old son was walking on a path on Mount Peller north of Trento when he encountered the bear and fell over. His father threw himself at the animal and broke his leg.

The incident has highlighted the growing bear population in the area.

Wildlife groups have called on authorities not to kill the bear.

They say educating the local population would be more appropriate.

There are between 82 and 93 bears in the province of Trentino and as an endangered species they are part of an EU programme to restore Alpine brown bears to the area.

Last month, a video went viral showing a 12-year-old boy called Alessandro being coaxed down a hill slope by his father as a bear walked behind him. 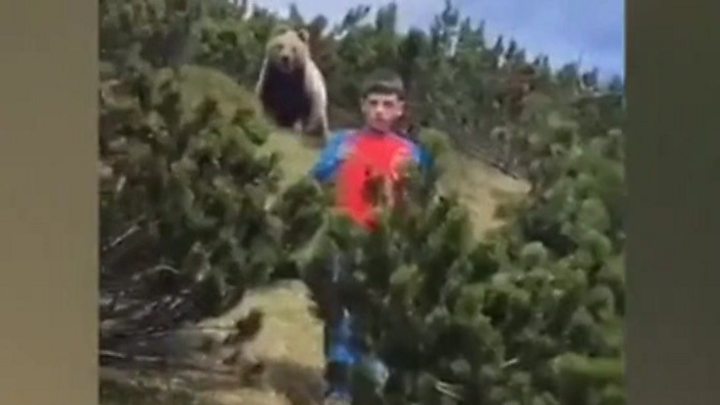 It is unclear whether the bear involved in the latest incident was a male or a female that may have been protecting her cubs.

The two men were taken to hospital and Maurizio Fugatti, the head of the autonomous province of Trentino, praised their “quick reflexes”.

The father, named locally as Fabio Misseroni, told L’Adige newspaper that the bear had leapt out of the woods “like lightning”.

“He lunged at my son… at that point I went after him to defend Christian. He bit my leg, then my arm, then my other hand. Then he left, miraculously. He could have killed us both.”

Mr Fugatti, a member of the right-wing nationalist League party, argues the number of bears is becoming “increasingly unsustainable” and he has signed an order to have the unidentified bear put down.

The men’s clothes are being tested for the bear’s DNA in an attempt to identify the animal.

Animal rights group Animalisti Italiani has said if the Trentino leader carries out his threat it will seek an immediate suspension of the cull order.

In April, a bear with the codename M49, dubbed the most wanted bear in Italy, was finally recaptured by forest rangers after almost a year on the run.

M49 had been under a shoot-to-kill order because of its aggressive nature and some activists said history was repeating itself.

The World Wide Fund for Nature warned that the circumstances behind the latest attack are unclear and has urged local authorities not to go ahead with the cull.

Animal protection agency ENPA has condemned Mr Fugatti’s order as “absurd and unjustifiable” and one “that smacks of revenge”.