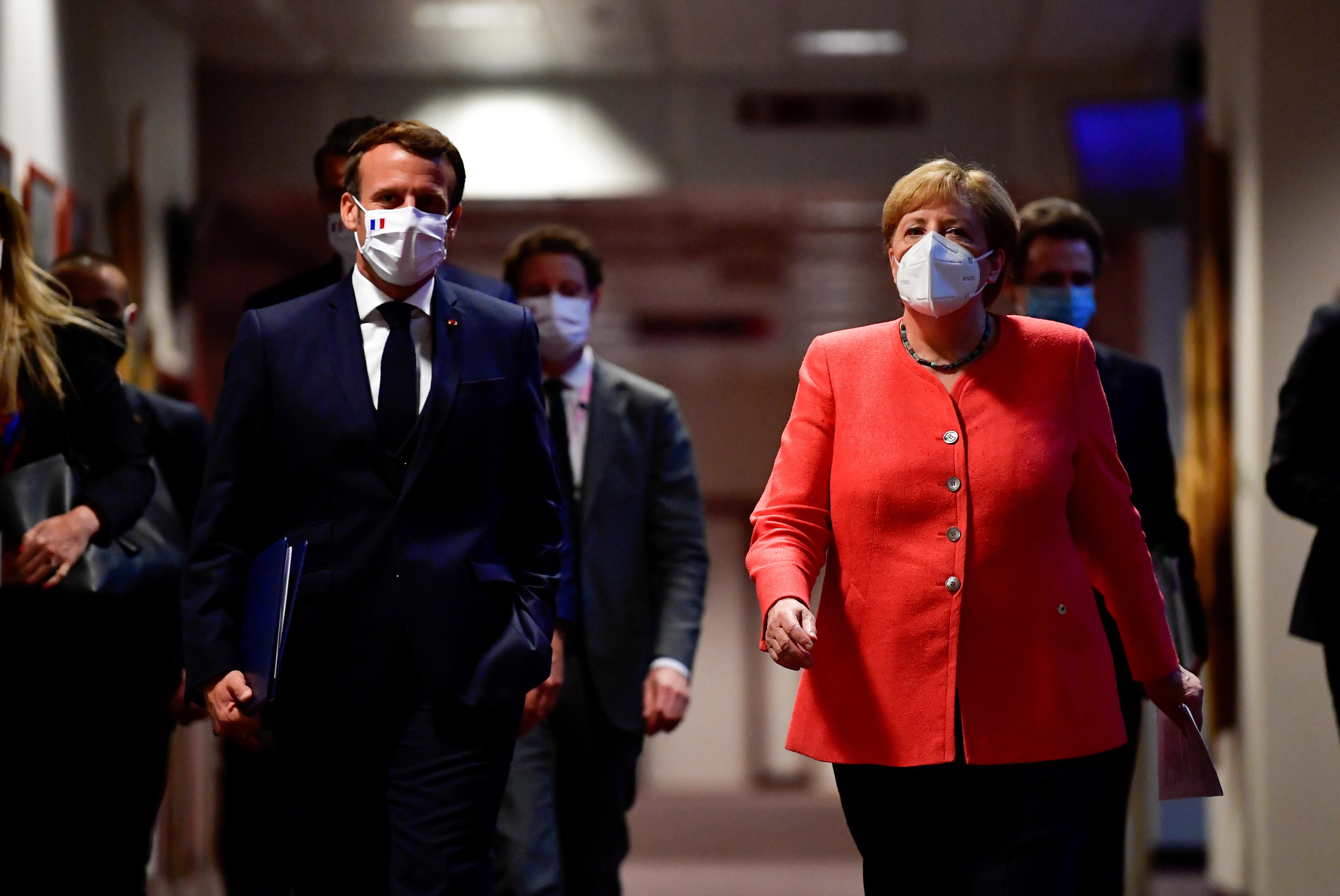 PARIS (Reuters) – Germany’s Angela Merkel and France’s Emmanuel Macron meet on Thursday in a medieval island fortress in the Mediterranean to chart the next steps for a partnership that is the driving force behind the European Union.

Inside the walls of Fort de Bregancon, traditional summer residence of French leaders, the German chancellor and French president will tackle the most pressing issues on the global agenda.

Lebanon, anti-government protests in Belarus, the COVID-19 crisis, Mali’s coup d’etat, and tensions between Greece and Turkey will be discussed, according to an official in the French presidential administration.

At the same time Merkel – mindful of her legacy as her 15 years in power draw to an end – is seeking to cement progress on some long-standing objectives, away from the day-to-day drama of international affairs.

These include, according to two senior German government sources, deciding what relationship Europe should have with a resurgent China, re-imagining the shape of the EU after Britain’s exit, and carving out a role for Europe as a defence power to match is economic might.

“Both (Merkel and Macron) are aware that the EU is in a crucial period and that France and Germany – even though they have different views on a lot of issues – have to stick together,” said one of the two German government sources.

Back in July, Merkel and Macron worked together to persuade squabbling EU members to agree to give the bloc, for the first time in its history, debt-raising powers to finance a post-COVID recovery.

Fresh from that achievement, attention is now turning to what else the duo can deliver in the time left before they get distracted by the German chancellor’s succession and France’s 2022 presidential election.

“This visit is testimony to the exceptional level of Franco-German engagement on the bilateral, European, and international level,” said the official in the French presidential administration.