BEIRUT (Reuters) – Lebanese rescue workers searched for survivors in the mangled wreckage of buldings and investigators blamed negligence for a massive warehouse explosion that sent a devastating blast wave across Beirut, killing at least 113 people.

More than 4,000 people were injured in Tuesday’s explosion at Beirut port and tens of thousands were left without homes fit to live in after shockwaves smashed building facades, sucked furniture out into streets and shattered glass miles inland.

The death toll was expected to rise from the blast that officials blamed on a huge stockpile of highly explosive material stored for years in unsafe conditions at the port.

The explosion was the most powerful ever to rip through Beirut, a city still scarred by civil war that ended three decades ago and reeling from an economic meltdown and a surge in coronavirus infections. The blast rattled buildings on the Mediterranean island of Cyprus, about 100 miles (160 km) away.

President Michel Aoun said 2,750 tonnes of ammonium nitrate, used in fertilisers and bombs, had been stored for six years at the port without safety measures, after it was seized.

He said in a national address the government was “determined to investigate and expose what happened as soon as possible, to hold the responsible and the negligent accountable.”

An official source familiar with preliminary investigations blamed the incident on “inaction and negligence”, saying “nothing was done” by committees and judges involved in the matter to order the removal of hazardous material.

The cabinet ordered port officials involved in storing or guarding the material since 2014 to be put under house arrest, ministerial sources told Reuters. The cabinet also announced a two-week state of emergency in Beirut.

Ordinary Lebanese, who have lost jobs and watched savings evaporate in Lebanon’s financial crisis, blamed politicians who have overseen decades of state corruption and bad governance.

“This is a catastrophe for Beirut and Lebanon.” Beirut’s mayor, Jamal Itani, told Reuters while inspecting damage estimated ran into billions of dollars.

The health minister said the death toll had climbed to 113, as the search for victims continued after shockwaves from the blast hurled some of the victims into the sea.

Relatives gathered at the cordon to Beirut port seeking information on those still missing. Many of those killed were port and custom employees, people working in the area or those driving nearby during the Tuesday evening rush hour.

The Red Cross was coordinating with the Health Ministry to set up morgues as hospitals were overwhelmed.

Beirut’s Clemenceau Medical Center was “like a slaughterhouse, blood covering the corridors and the lifts,” said Sara, one of its nurses.

“This is the killer blow for Beirut, we are a disaster zone,” said Bilal, a man in his 60s, in the downtown area, who blamed the political elite, calling them “thieves and looters”.

Offers of international support poured in. Gulf Arab states, who in the past were major financial supporters of Lebanon but recently stepped back because of what they say is Iranian meddling, sent planes with medical equipment and other supplies. Iran offered food and a field hospital, ISNA news agency said.

The United States, Britain, France and other Western nations, which have been demanding political and economic change in Lebanon, also offered help. Germany, the Netherlands and Cyprus offered specialised search and rescue teams. 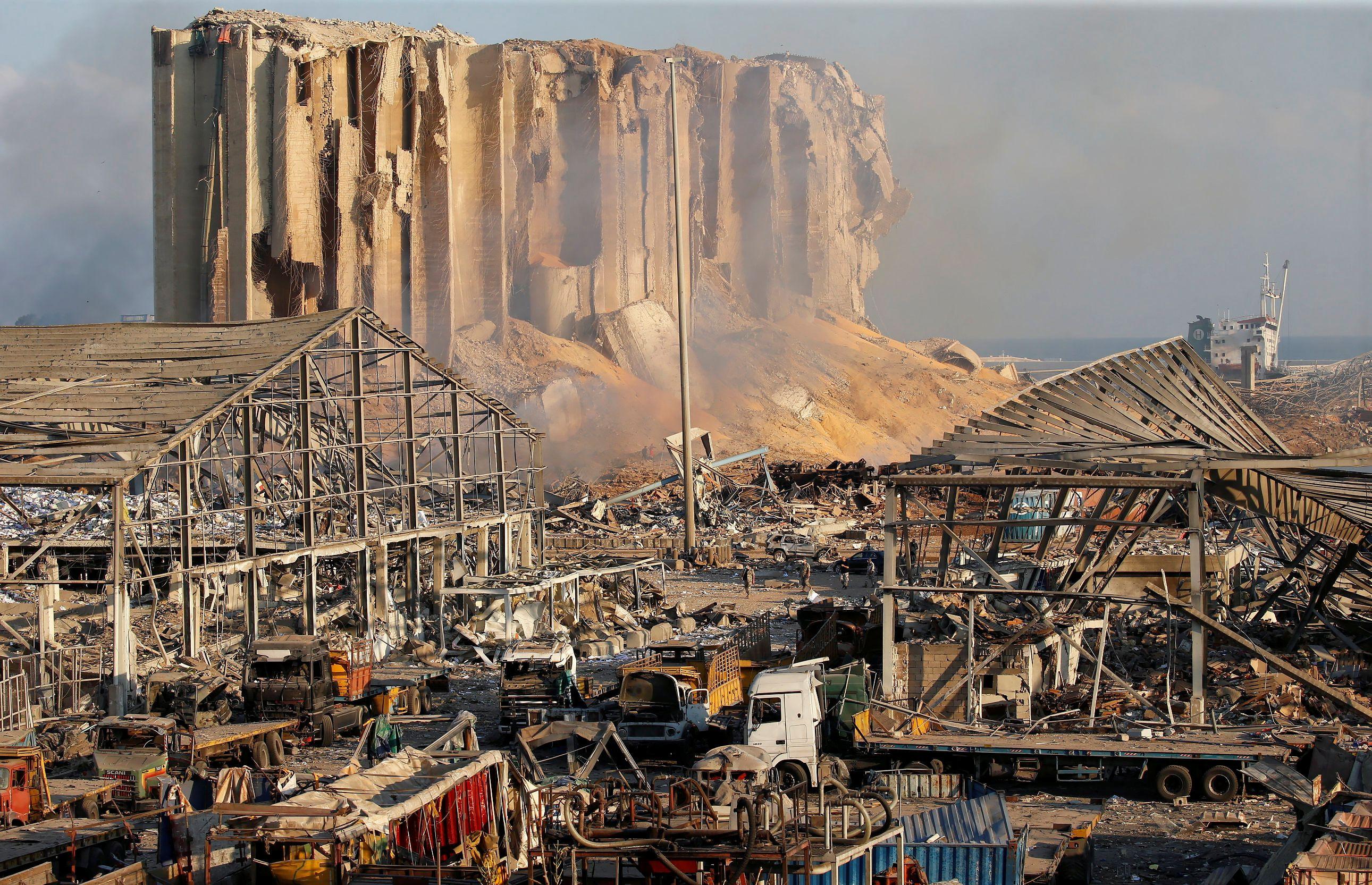 “This explosion seals the collapse of Lebanon. I really blame the ruling class,” said Hassan Zaiter, 32, a manager at the heavily damaged Le Gray Hotel in downtown Beirut.

For many it was a dreadful reminder of the 1975 to 1990 civil war that tore the nation apart and destroyed swathes of Beirut, much of which had been rebuilt.

Officials did not say what caused the initial blaze at the port that set off the blast. A security source and media said it was started by welding work being carried out on a warehouse.

Beirut driver Abou Khaled said ministers “are the first that should be held accountable for this disaster. They committed a crime against the people of this nation with their negligence.”

The port district was left a tangled wreck, disabling the nation’s main route for imports needed to feed a nation of more than 6 million people.

Lebanon has already been struggling to house and feed refugees fleeing conflict in neighbouring Syria and has no trade or other ties with its other neighbour Israel.

“On a scale, this explosion is scaled down from a nuclear bomb rather than up from a conventional bomb,” said Roland Alford, managing director of British explosive ordnance disposal firm Alford Technologies. “This is huge.”

The explosion came three days before a U.N.-backed court delivers a verdict in the trial of four suspects from Iranian-backed Shi’ite Muslim group Hezbollah over a 2005 bombing that killed former Prime Minister Rafik al-Hariri and 21 others.

Hariri was killed by a big truck bomb on another part of the Beirut waterfront, about 2 km (about one mile) from the port. 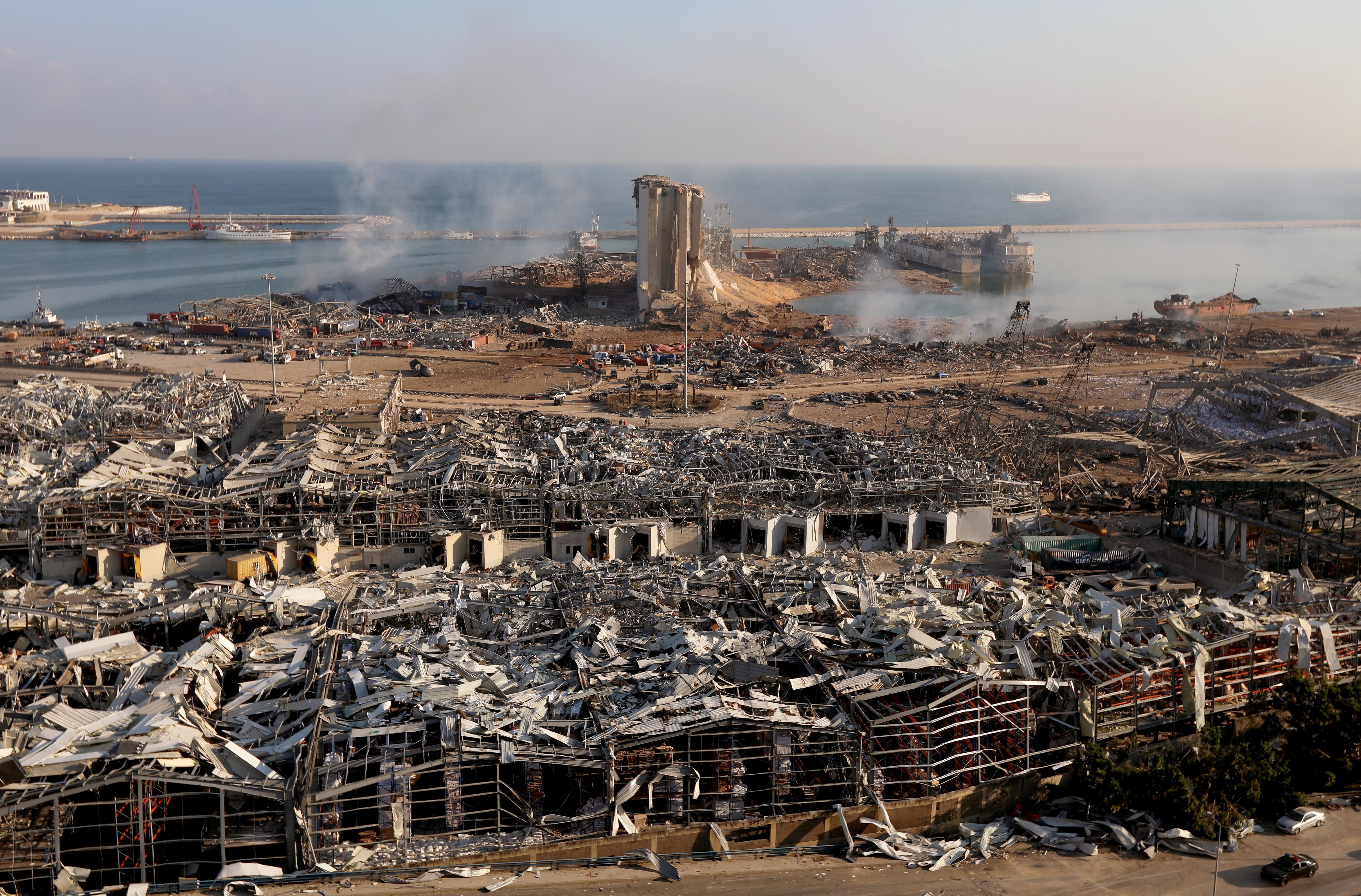