Home » World News » Belarus violence: Protesters warned they could be shot with live rounds this weekend

On Friday, opposition leader Sviatlana Tsikhanouskaya urged her supporters to take to the streets “in every city” to peacefully call for an end to Mr Lukashenko’s rule. Multiple Belarussians who participated in mass protests this week in the wake of Sunday’s election have said they were beaten, tortured and humiliated by security forces while in custody. Riot police used rubber bullets and tear gas to disperse anti-government demonstrators.

Now, a British professor who has been closely following the political situation in Belarus for years, has warned authorities may resort to using lethal force as Mr Lukashenko comes under intense pressure to step down after 26 years.

Andrew Wilson, professor of Ukrainian studies at UCL, told Express.co.uk: “The fear is that Lukashenko’s one last throw of the dice will be to escalate state repression even more i.e. shoot people.”

“People are aware that Lukashenko is in a corner and may do something extremely rash. 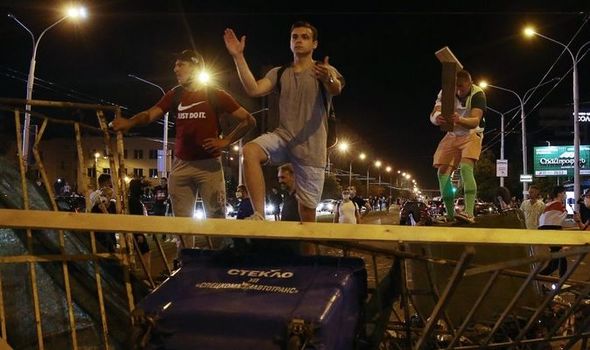 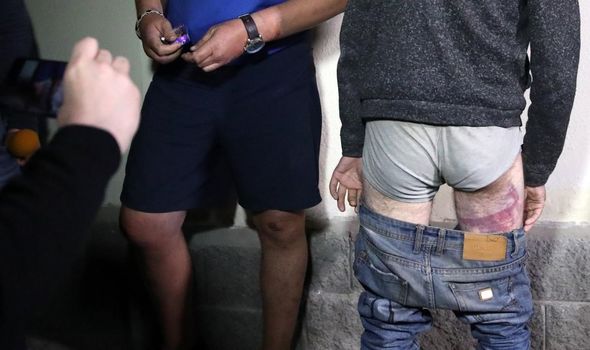 “Things are coming to a head one way or another.”

Speaking from self-imposed exile in Lithuania, Ms Tsikhanouskaya on Friday called for a vote recount.

The former English teacher also pressed for an investigation into allegations of election rigging.

She said: “It’s absolutely obvious the elections were falsified.” 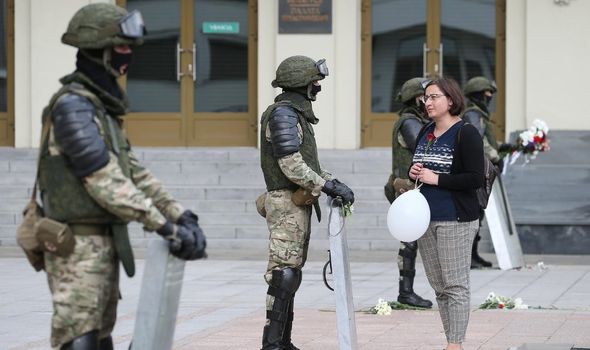 When asked how the West should respond, she added: “They must not recognise the results of the elections that were published.”

Ms Tsikhanouskaya ran for president after her husband was jailed and barred from the ballot.

Her supporters say she won, but official election results gave her 10 percent of the vote and said President Lukashenko won by a landslide.

On Friday evening the European Union took the first step to impose new sanctions on Belarus. 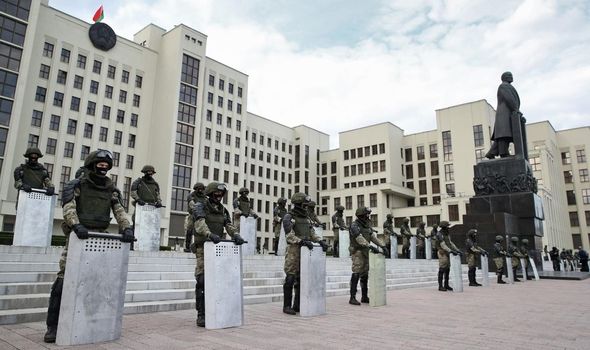 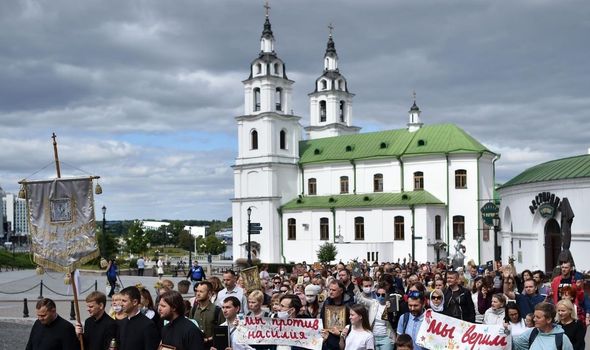 Sweden’s Foreign Minister Ann Linde made the announcement after emergency talks among all her EU peers.

She said: “EU will now initiate a process of sanctions against those responsible for the violence, arrests and fraud in connection with the election.”

The EU first imposed sanctions on Belarus in 2004. It tightened them in 2011 over abuses of human rights and democratic standards, including vote rigging.

Many were lifted after Lukashenko released political prisoners in 2016.

But an arms embargo remains, as do sanctions on four people over the unresolved disappearances of two opposition activists, a journalist and a businessman, years ago.

Mr Wilson said rather than post-election sanctions, the bloc should have taken “robust intervention one or two months ago” during which time the “election campaign started to slip out of the government’s control”.

But he was equally critical of the UK’s response to the election and said the US had also failed to take a strong stand on the matter, insisting there had been a “failure on everybody’s part”. 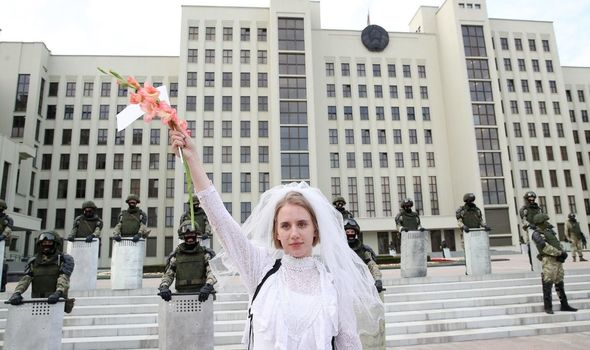 Boris Johnson’s Government issued a statement this week saying it was calling on the Belarussian Government “to refrain from further violence and to respect the fundamental human rights of the Belarusian people.”

The US has remained relatively muted in its response to the chaos in Belarus, apart from a brief statement from White House press secretary Kayleigh McEnany.

She said the Trump administration was “deeply concerned” over lack of election monitors and detention of journalists and protesters.