VILNIUS (Reuters) – Exiled Belarusian opposition leader Sviatlana Tsikhanouskaya sees herself as a symbol of change whose role is to help deliver new elections as President Alexander Lukashenko will have to quit sooner or later, she told Reuters on Saturday. 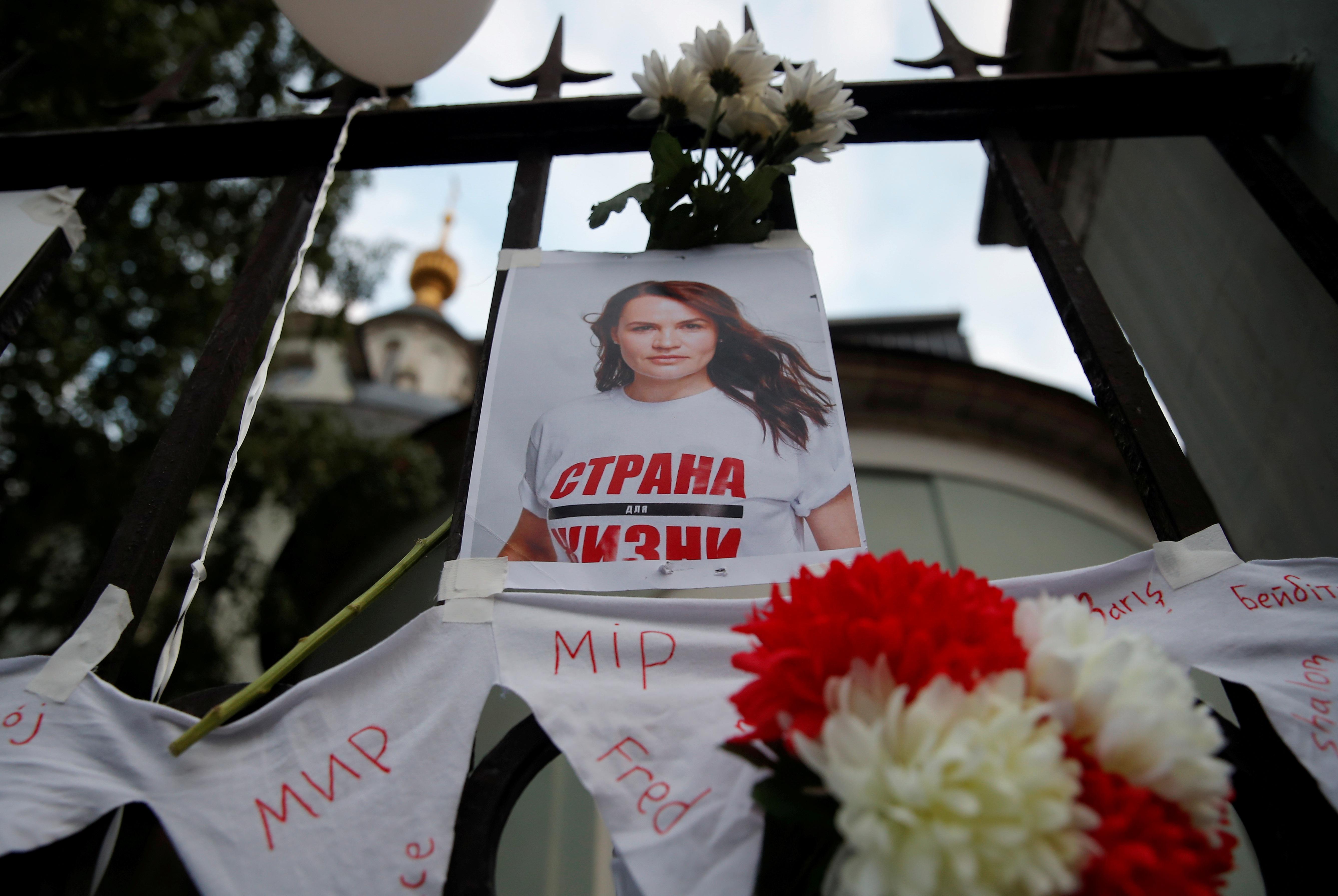 Speaking in Lithuania where she and her two children have fled for security reasons, Tsikhanouskaya said she felt duty-bound to do what she could to support protesters in her home country but would not run for president again.

Tens of thousands of Belarusians have taken to the streets for nearly two weeks to protest against what they believe was a rigged Aug. 9 presidential election. They want veteran leader Lukashenko to quit so new elections can be held.

Tsikhanouskaya, who ran in the election against Lukashenko after her husband, a well-known video blogger, was jailed, said fate had handed her a role that she had no right to forsake.

“It is my fate and my mission, and I don’t have the right to step away. I understand that I’m in safety here, but all the people who voted for me in Belarus … need me as a symbol. They need the person they voted for. I couldn’t betray my people.”

She has been making regular video appeals to try to keep up the protests’ momentum. She said she had also fielded phone calls from world leaders who had asked her how they could help.

None gave concrete promises to support her, and none said they regarded her as the president-elect.

“I understand that they have no right and possibility to interfere in internal affairs of our country … I asked everybody to respect the independence of our country, the sovereignty of our country”, she said.

When asked which countries had called, she referenced Canada, the United States, Britain, Germany, Poland, Lithuania, Latvia, Estonia and others.

Russian President Vladimir Putin, whose country has close ties with Belarus, had not been in touch, and Tsikhanouskaya said she would not attempt to reach him herself.

“I don’t have anything to ask him about, just (to respect) sovereignty,” she said. “Any future relationship with Russia or other countries would be decided by people and by the new president.”

Tsikhanouskaya said that Lukashenko’s authority was badly damaged and that things would be different in Belarus, even if he managed to cling to power for now.

Lukashenko said on Saturday he would close factories that have seen worker protests, the Russian RIA news agency reported, his latest attempt to quell a wave of opposition rallies since the contested elections.

“I’m sure that sooner or later he will have to leave.”