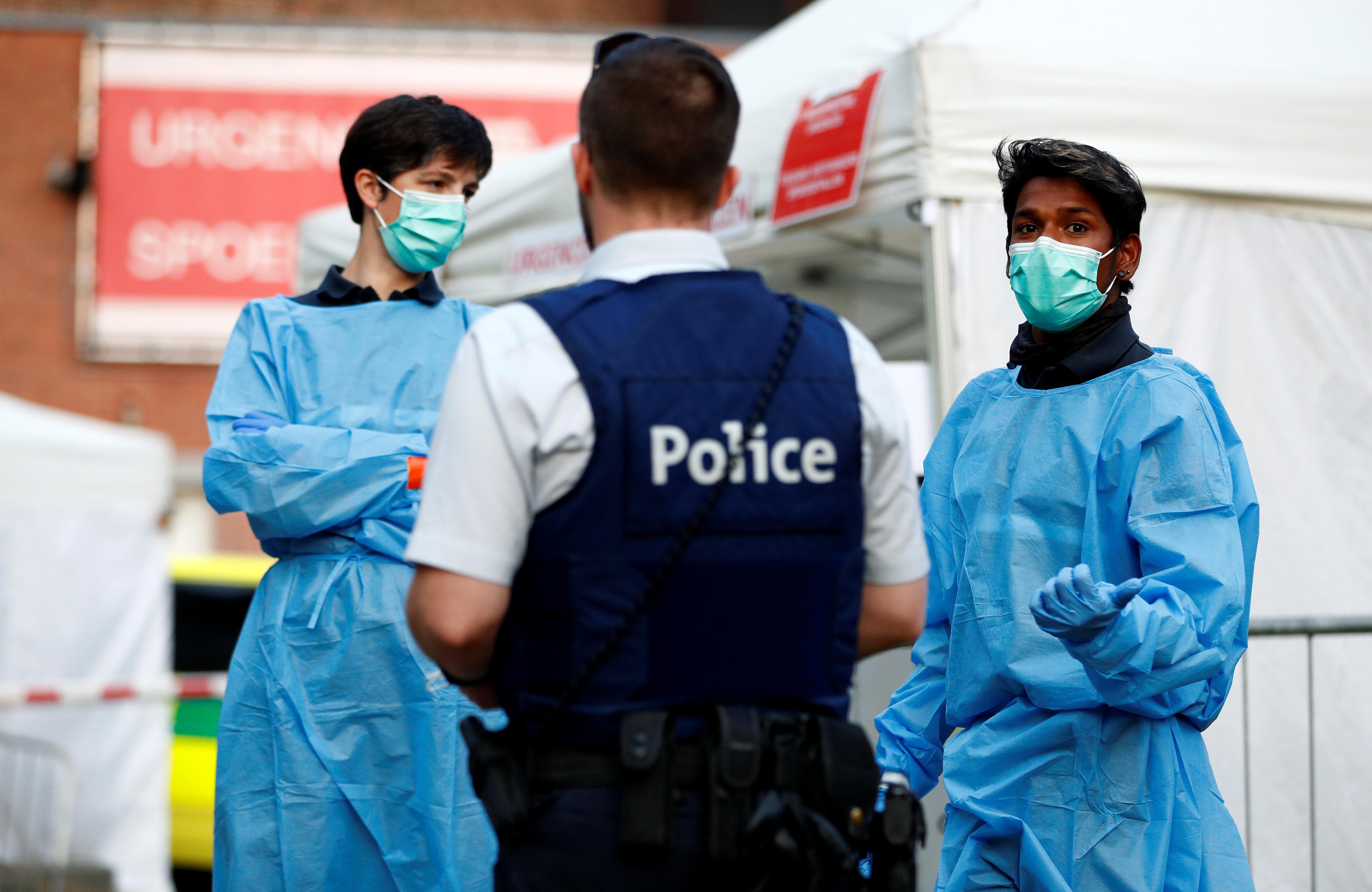 BRUSSELS (Reuters) – Belgium’s immediate coronavirus crisis appears to have passed its peak as the number of people admitted to hospitals with COVID-19 fell to its lowest level in a month, health officials said on Monday.

Belgium, with one of the highest per capita rates of confirmed COVID-19 cases and related deaths in Europe, announced that 232 people were taken into hospital on Sunday, the lowest level since March 19.

“And so yes, by definition, we are going towards what is called de-confinement. That is to say a progressive enlargement of the safety zone around us so now we’re thinking about how to organise this.”

Belgium’s national security council is due to meet on Friday to discuss an easing of restriction measures from May 4.

Officials added that the country may also be beyond its peak for deaths. Belgium recorded 168 new deaths on Monday, bringing the total to 5,828 deaths. Just over half have been in nursing homes, the vast majority of them in which COVID-19 is suspected but not confirmed. Belgium’s inclusion of such cases as COVID-19 deaths partly explains why its figures appear among the worst in Europe.

The government last week extended measures to control the spread of the coronavirus to May 3, but has now allowed home improvement stores and garden centres to reopen.