The Republican president, writing on Twitter, said: “We will be INTERVENING in the Texas (plus many other states) case. This is the big one. Our Country needs a victory!” The lawsuit, announced yesterday by the Republican attorney general of Texas Ken Paxton, targets the election battleground states of Georgia, Michigan, Pennsylvania and Wisconsin.

We will be INTERVENING in the Texas case. This is the big one. Our Country needs a victory!

The legal challenge argues that changes made by the four states to voting procedures amid the coronavirus pandemic to expand mail-in voting were unlawful.

It makes the remarkable request of the Supreme Court to immediately block the four states from using the voting results to appoint presidential electors to the Electoral College, essentially erasing the will of the voters.

It was filed directly with the Supreme Court rather than with a lower court, as is permitted for certain litigation between states.

Officials from the four states at issue have called the lawsuit a reckless attack on democracy and legal experts expect it will have little chance of succeeding. 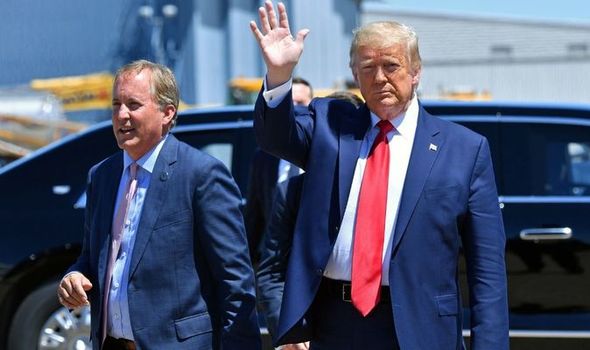 Voting by mail surged during the pandemic, as many Americans stayed away from polling places to avoid the spread of COVID-19.

State officials have said they have found no evidence of the widespread election fraud.

Mr Trump has falsely claimed he won re-election and has made baseless allegations of widespread voting fraud.

The outgoing President provided no details on the nature of the intervention in the case that he was promising. 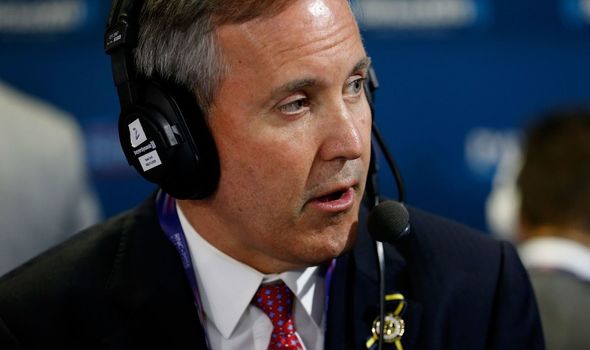 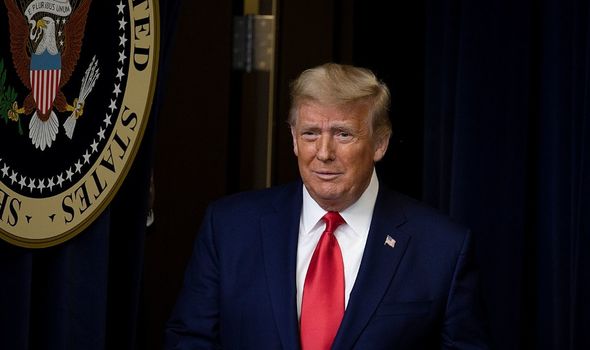 Paul Smith, a professor and election law expert at Georgetown University’s law school, said Texas did not have a legitimate basis for the suit.

He said: “There is no possible way that the state of Texas has standing to complain about how other states counted the votes and how they are about to cast their electoral votes.”

Mr Biden has amassed 306 electoral votes – exceeding the necessary 270 – compared to Mr Trump’s 232 in the state-by-state Electoral College that determines the election’s outcome, while also winning the national popular vote by more than 7 million votes. The four states contribute a combined 62 electoral votes to Biden’s total.

Electors in the Electoral College typically are party loyalists who pledge to vote for the candidate who wins a state’s popular vote.

Texas wants the legislatures in the four states to appoint their own slate of electors instead of relying upon the verdict delivered by voters.

Texas also asked the Supreme Court to delay the December 14 date for Electoral College votes to be cast, a date set by law in 1887.

Democrats and other critics have accused Mr Trump of aiming to reduce public confidence in US election integrity and undermine democracy by trying to subvert the will of the voters. 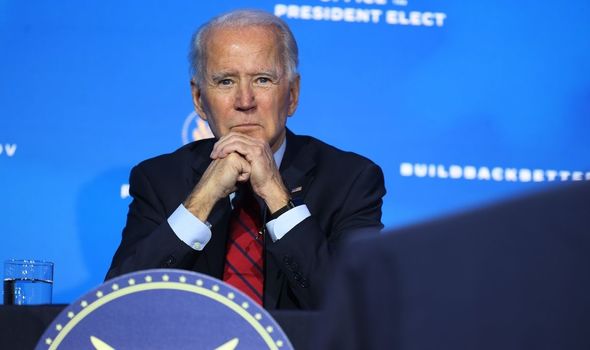 Michigan’s Democratic Attorney General Dana Nessel said: “The erosion of confidence in our democratic system isn’t attributable to the good people of Michigan, Wisconsin, Georgia or Pennsylvania but rather to partisan officials, like Mr Paxton, who place loyalty to a person over loyalty to their country.”

Yesterday the Supreme Court rejected a bid to overturn Pennsylvania result with a one-sentence reading: “The application for injunctive relief presented to Justice Alito and by him referred to the Court is denied.”

US Attorney General William Barr also said last week his justice department had found no evidence of mass fraud in the 2020 presidential election.