BRASILIA (Reuters) – The biggest threat to Brazil’s ability to successfully combat the spread of the coronavirus and tackle the unfolding public health crisis is the country’s president, Jair Bolsonaro, according to British medical journal The Lancet. 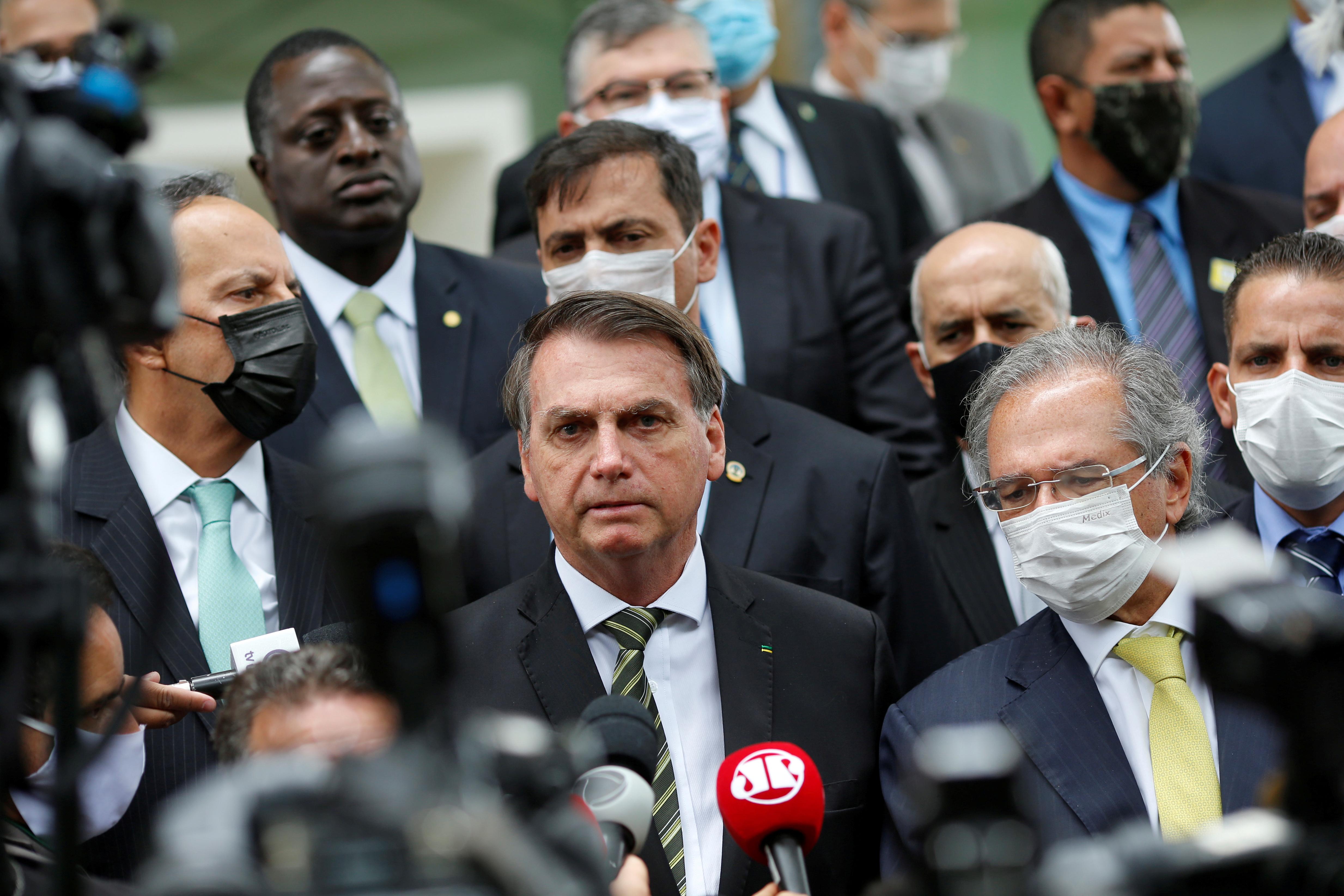 In an editorial, the Lancet said his disregard for and flouting of lockdown measures is sowing confusion across Brazil, which is now recording record numbers of COVID-19 cases and deaths, and is fast emerging as one of the world’s coronavirus hot spots.

Brazil’s Health Ministry on Thursday registered 9,888 new confirmed cases of the novel coronavirus and 610 related deaths. That brought the total of confirmed cases in Brazil to 135,106 and deaths to 9,146, the most deadly outbreak in an emerging market nation.

“Such disarray at the heart of the administration is a deadly distraction in the middle of a public health emergency and is also a stark sign that Brazil’s leadership has lost its moral compass, if it ever had one,” the editorial said.

“The challenge is ultimately political, requiring continuous engagement by Brazilian society as a whole. Brazil as a country must come together to give a clear answer to the ‘So what?’ by its President. He needs to drastically change course or must be the next to go,” the editorial said.

In response to a journalist’s question last week about the record number of deaths from coronavirus, Bolsonaro said “So what? I’m sorry, but what do you want me to do?”

Bolsonaro’s press office declined to comment on the Lancet editorial.

A report by Imperial College London published on Friday showed that “the epidemic is not yet controlled and will continue to grow” in Brazil, in stark contrast to parts of Europe and Asia, where enforced lockdowns have been more successful.

“While the Brazilian epidemic is still relatively nascent on a national scale, our results suggest that further action is needed to limit spread and prevent health system overload,” the Imperial College report said.

In its editorial, The Lancet noted challenges Brazil faces. About 13 million Brazilians live in shanty town ‘favelas,’ where hygiene recommendations and physical distancing are near impossible to follow.

The country’s indigenous population was also under “severe threat” even before the COVID-19 outbreak due to the government turning a blind eye to or even encouraging illegal mining and logging in the Amazon rainforest.

“These loggers and miners now risk bringing COVID-19 to remote populations,” it said.