The Bolivian government has criticised the Catholic Church for interfering in an 11-year-old girl’s abortion.

The girl became pregnant after allegedly being raped by her step-grandfather and, after her pregnancy was discovered at 21 weeks, her family requested permission for her to have an abortion.

In Bolivia, abortion is legal in cases of rape, incest, or if the life or health of the pregnant person is in danger. 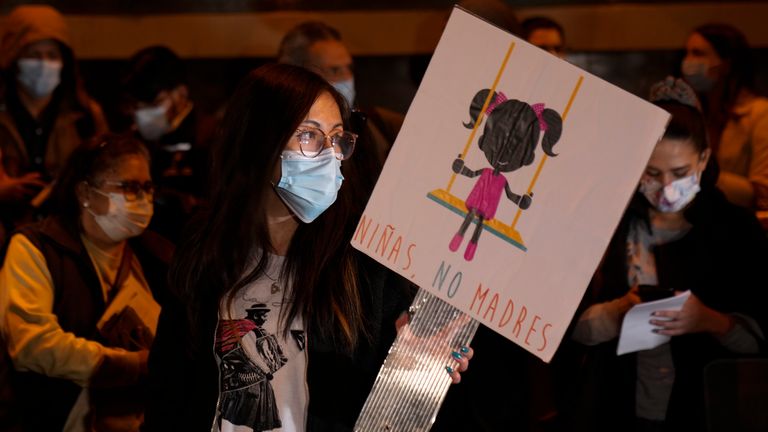 The girl was in hospital preparing for the procedure when the Catholic Church intervened and persuaded the girl’s mother to cancel it.

Church authorities reportedly promised to help the family, who then decided not to allow the abortion to go ahead.

Bolivian presidency minister Maria Nela Prada said: “Complying with a constitutional sentence and under our current regulations, the legal interruption of the girl’s pregnancy had already been approved as corresponded with the consent of only those who should have been involved in this case.

“Enough, ladies and gentlemen. We respect religious beliefs, but they can’t be involved in deciding on a girl who, as in many others, has not agreed to have consensual sexual relations.

“She has been the victim of sexual abuse and whose childhood has been taken away.

“She is a girl, not a mother, and these groups can’t romanticise a rape by going out with posters calling this little girl ‘the child-mother’.”

Bolivian representative of UN Women, Nydia Pesantes, said: “Girls are just girls, and they are not meant to be pregnant, to give birth.

“Their bodies are not even sufficiently trained to guarantee the health and adequate development of the product – the baby.” Protesters have gathered in one of Bolivia’s capital cities, La Paz, a number of times in the past week calling for the girl to be allowed to have the abortion.

They held signs saying “Girls not mothers – pregnancy in childhood is torture”, “It is not pro-life, it is anti-rights”, and “Today we are out so that childhood and adolescence is not ruined”.

One protester, named Andrea, told the Associated Press: “Obviously, I am pro-abortion for all women, every decision is the right one, but, in particular, for girls who have been raped.

“I do not belong to any organisation but I will fight to have my voice heard for all the girls who can not speak.”

But Diego Pla, assistant secretary-general of the Bolivian Episcopal Conference, which oversees the Catholic Church in Bolivia, said: “We urge public authorities to respect and protect the right to life and health of the girl who has been a victim of rape and the baby that is in gestation.

“Both lives deserve and must be protected.”

Bolivia’s health ministry says that – between January and July last year – there were 953 pregnancies in girls under 15 years of age.

The age of consent in Bolivia is 14.