Bolivia’s president-elect Luis Arce said there was “no role” in his government for socialist party leader Evo Morales, who governed for almost 14 years before resigning under pressure last year and fleeing the country.

Arce swept to power in a Sunday ballot, with the official count – technically still under way – showing him with a majority of the vote, ushering the Andean country’s socialists back into office just a year after Morales left.

From exile in Argentina, Morales remains the president of Arce’s party, the Movement for Socialism, or MAS, but Arce said any influence will be limited to that position. 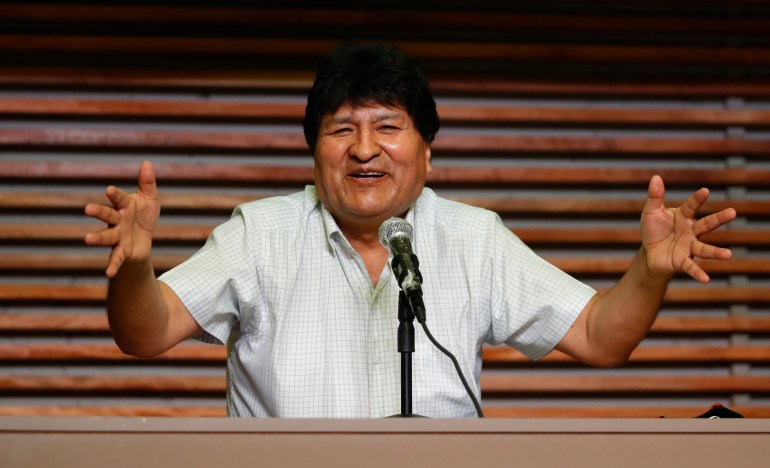 “He can return to the country whenever he wants because he’s Bolivian … but in the government it’s me who has to decide who forms a part of the administration and who does not.”

A divisive former coca grower who is lauded by some for improving the fortunes of the poorest in one of South America’s most impoverished countries, Morales has lived outside Bolivia since he fled last year following a vote shrouded by allegations of fraud. Morales disputes the allegations and says he was toppled in a right-wing coup.

Morales also faces a raft of corruption allegations, which he has denied.

“Due process rights have not been respected in several cases against him (Morales),” Arce said. “I regret that politics have been judicialised, the right has judicialised politics.” 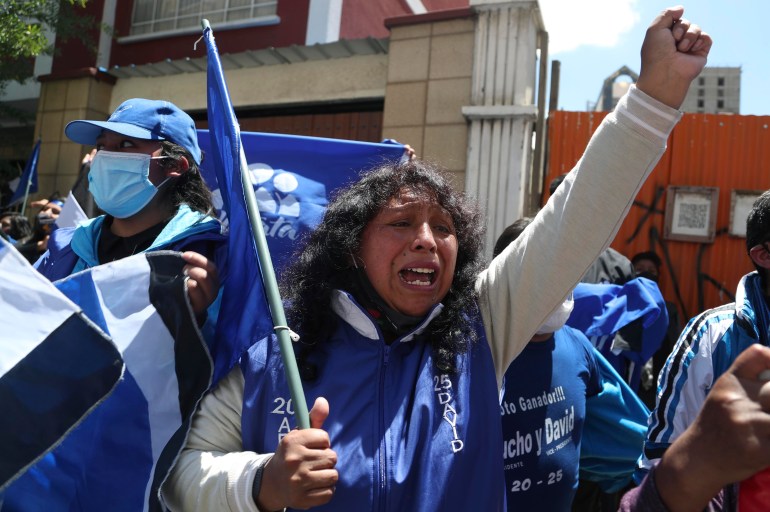 As finance minister under Morales, Arce helped preside over an economy that was growing faster than almost any in the region. But when he assumes Bolivia’s presidency next month, he will be taking over a country facing a crippling recession.

“We will have to have austerity measures. There’s no other option if we don’t have enough income to cover our current expenditures,” Arce said.

The 57-year-old said the economic model he helped implement under Morales worked and will work once again.

The UK-educated socialist, who ran on a platform pledging welfare spending, said cuts would not affect public investment, which he said will be a “priority” to reactivate growth.

He added he would issue bonds “if necessary,” despite having criticised the conservative interim government of President Jeanine Anez for seeking to issue debt.

Bolivia’s vast but largely untapped lithium reserves are also a potential economic booster, he said, which could become crucial if the world shifts aggressively towards electric cars and other battery-operated devices. 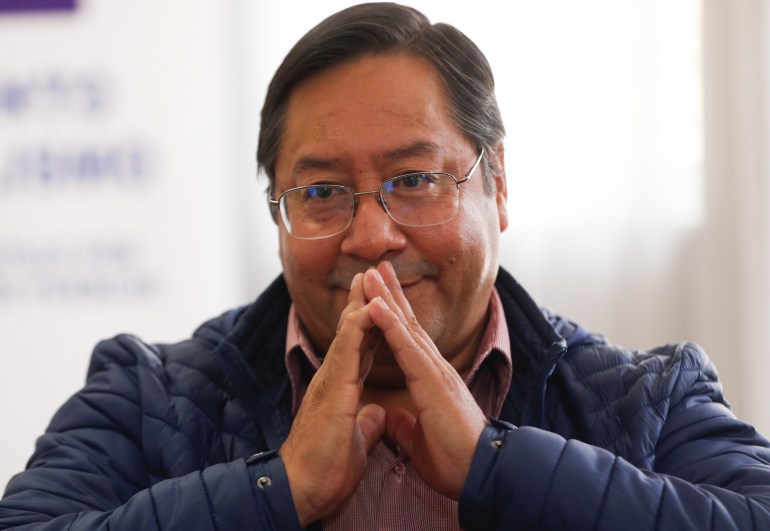 As finance minister under Evo Morales, Luis Arce helped preside over an economy that was growing faster than almost any other country’s in the region [Juan Karita/AP Photo]Arce acknowledged that Bolivia needs a “strategic partner” to be able to successfully exploit its lithium reserves, but that done correctly it could bring in as much as $2bn to Bolivia by the end of his five-year term.

He said he would not change the dollar peg of the nation’s currency, the boliviano, citing fears of sharp depreciation.

Under Morales, Bolivia and the United States severed diplomatic relations. Arce said he wants to “re-establish relationships with all countries” but put the ball in Washington’s court.

“If they want to re-establish a relationship with us, the only thing we ask for is that we are respected as equals,” Arce said.