BRASILIA (Reuters) – Presidents Donald Trump and Jair Bolsonaro on Wednesday discussed cooperation between the two countries in the fight against coronavirus, as Brazil’s health minister warned that infection rates and lack of medical supplies were a big concern. 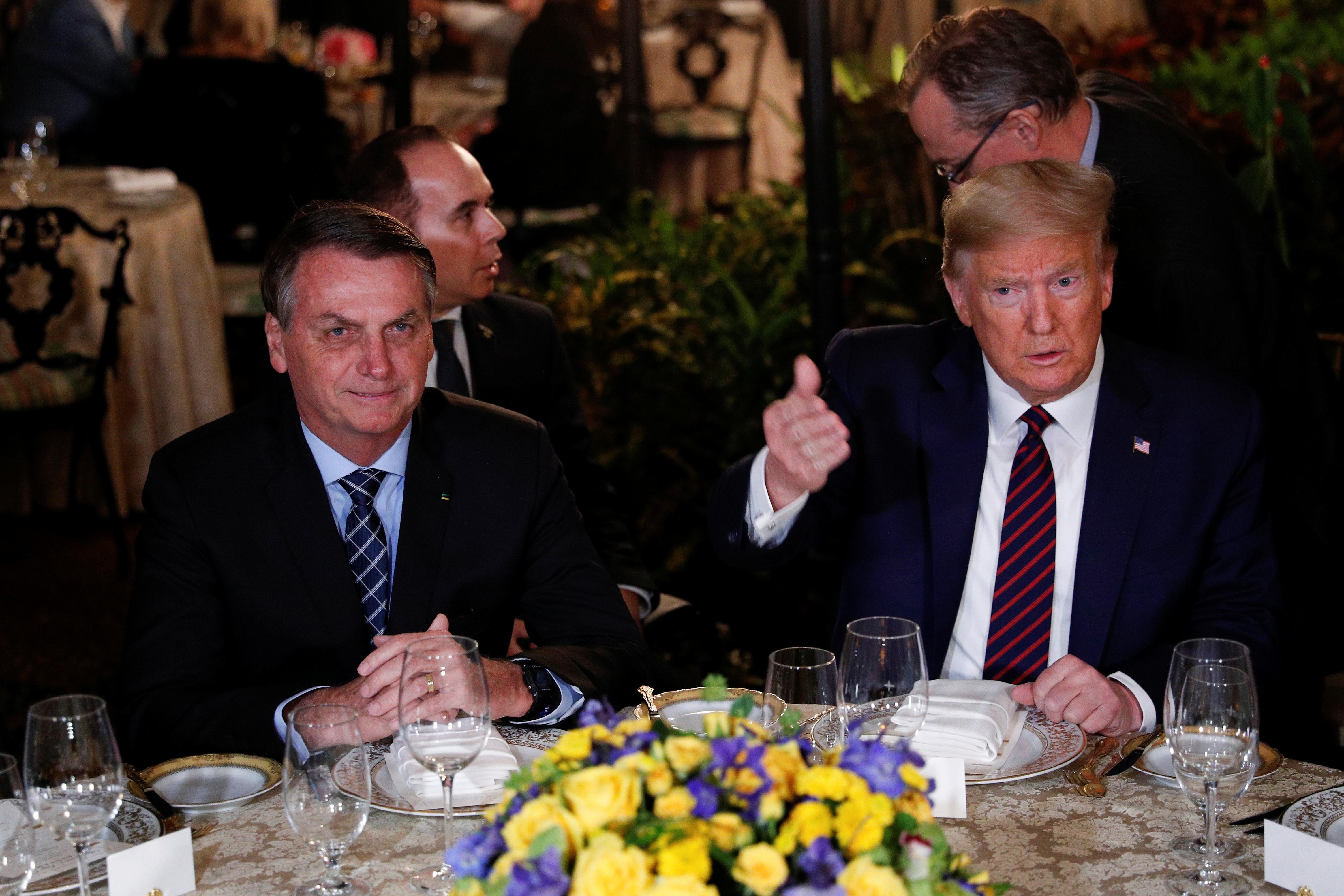 The two presidents discussed medical and logistical cooperation on a telephone call but steered clear of confinement and quarantine policies, according to Brazil’s Foreign Minister Ernesto Araujo. Both leaders have stirred controversy for their positions on the latter.

The White House said they discussed the importance of working together through the Group of 20 nations, cooperating on vaccine development and restoring global economic growth.

Criticism has grown over Bolsonaro’s handling of the crisis. The right-wing populist has attacked state governors for lockdowns that are causing job losses, played down the threat of what he calls “a little flu” and contradicted his own health minister’s position on self-isolation and social distancing.

The Health Ministry said on Wednesday that the number of confirmed coronavirus cases in Brazil rose by 1,119 to 6,836 and the death toll by 39 to 240.

A 20-year-old indigenous woman in a village deep in the Amazon rainforest was the first case reported among Brazil’s more than 300 tribes. Mandetta said monitoring indigenous people is a challenge, and their lifestyle could facilitate the spread of the virus.

He told reporters that Brazil was having difficulty importing urgent medical equipment because the United States sent 23 planes to China to be filled up, and Brazil’s share was slashed as a result.

Mandetta said on Monday that 200 million personal protective equipment items would arrive from China this month.

Meanwhile, Bolsonaro repeated his insistence that jobs and the economy cannot be forgotten in the coronavirus fight and warned that imports of food were already falling.

Figures on Wednesday showed that Brazilian manufacturing activity in March shrank at its fastest rate in three years, while the real sank to a record low of 5.27 per dollar.

The government pledged billions more to help the poor but was criticized for fraying ties with congress that could delay aid reaching those most in need.