Country recorded nearly 35,000 new cases, only hours after government officials claimed the outbreak was under control. 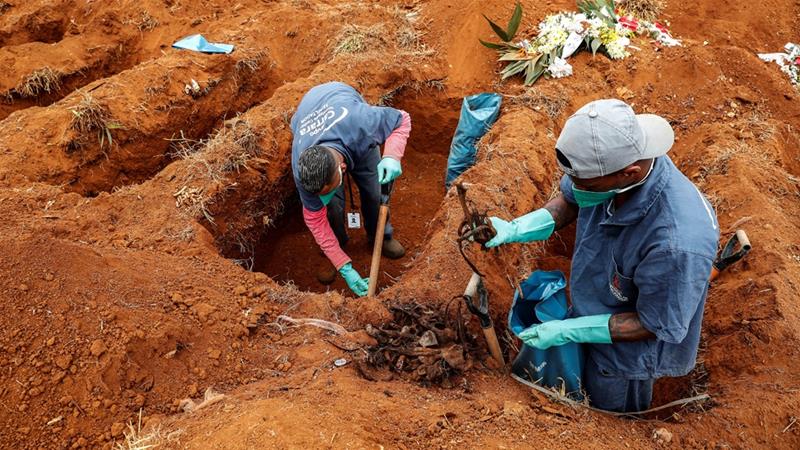 Provinces and cities elsewhere in China are responding to the outbreak of coronavirus in the capital.

The semi-autonomous Chinese territory of Macau has just announced a 14-day mandatory quarantine for all people who have been in Beijing in the past two weeks. The measure will come into effect at 12 noon local time (04:00 GMT).

Heilongjiang province in the northeast has introduced a 21-day quarantine for anyone recently arrived from Beijing’s medium and high-risk areas.

The capital has already imposed restrictions on outward travel. That’s led to a sharp drop in flights at its main airports.

Brazil has reported a record 34,918 new coronavirus cases, on the same day that one of the senior officials leading the country’s response to the crisis claimed the outbreak was under control.

Walter Braga Netto, the head of the office of the president’s chief of staff and one of the top officials handling the crisis, said it was under control.

“There is a crisis, we sympathise with bereaved families, but it is managed,” Braga Netto told a webinar organised by the Commercial Association of Rio de Janeiro.

Braga Netto based his claim on deaths-per-million-people, which suggested the country was doing better than many European nations, saying he “was trying to convey a message of optimism in the management of the crisis”.

But Carissa Etienne, who is the director of the Pan American Health Organization (PAHO) said in a video briefing from Washington that Brazil is a major concern.

“We are not seeing transmission slowing down” in Brazil, Etienne said.

Latin America’s largest country accounts for about a quarter of the roughly four million coronavirus cases in the Americas and nearly 25 percent of the deaths, she said.

The WHO has welcomed the findings of a “breakthrough” study on a steroid treatment for people suffering from severe cases of COVID-19.

“This is the first treatment to be shown to reduce mortality in patients with COVID-19 requiring oxygen or ventilator support,” Tedros Adhanom Ghebreyesus, WHO director-general, said in a statement. “This is great news.”

The researchers shared initial insights about the results of the trial with WHO, which will update its clinical guidance on how and when the drug should be used in COVID-19.

Dexamethasone is a steroid that has been used since the 1960s to reduce inflammation in a range of conditions, including inflammatory disorders and certain cancers.

Read all the updates from yesterday (June 16) here.