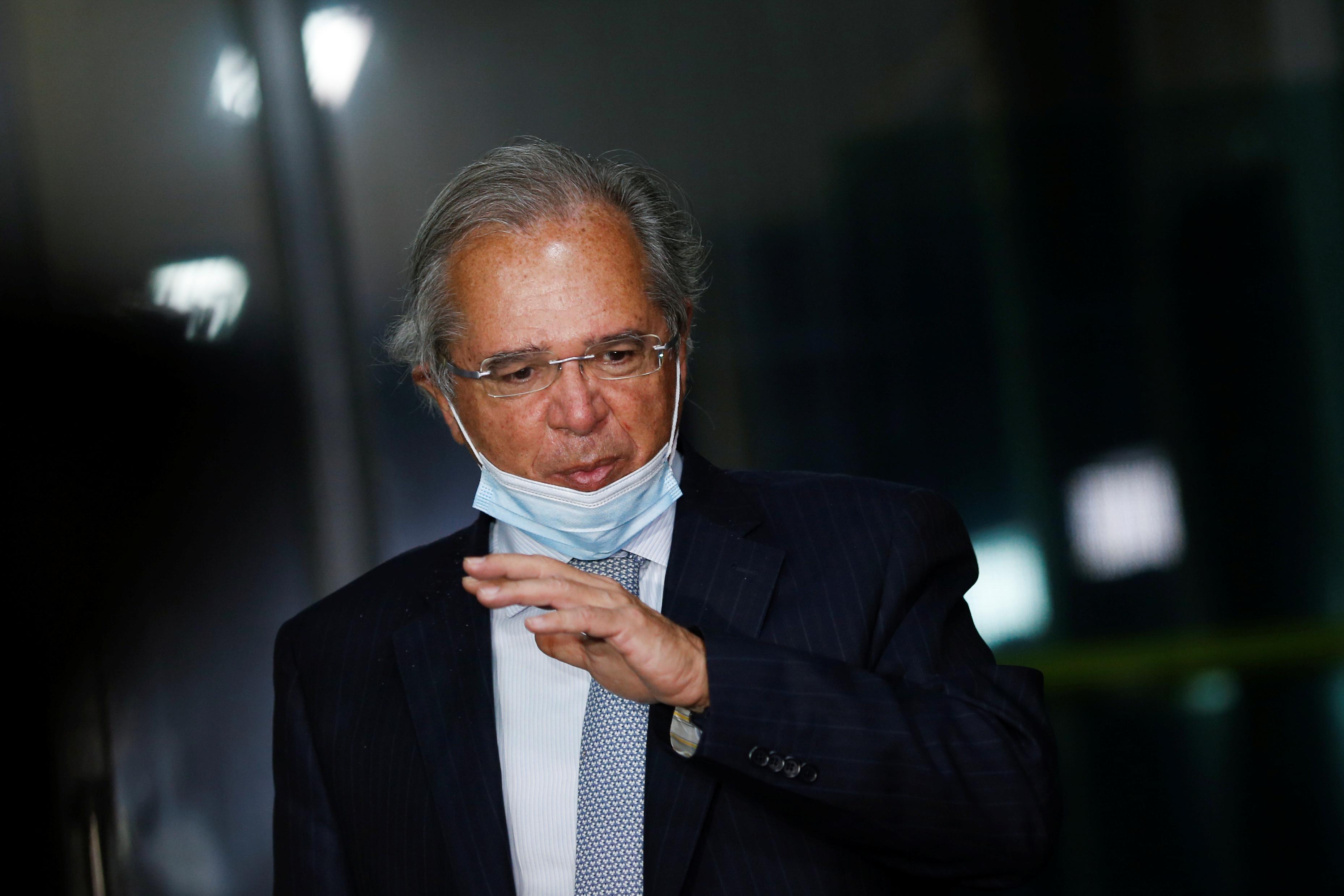 BRASILIA (Reuters) – Brazil’s Economy Minister Paulo Guedes has no intention of resigning, two sources from the economic team told Reuters, in an attempt to quash rising speculation that political pressure for more public spending could force him to quit.

Doubts about Guedes’ future have grown since two more of his special secretaries left the ministry last week and local media reported at the weekend that central bank president Roberto Campos Neto is being lined up to replace him.

The two sources, who are close to both Guedes and Campos Neto and spoke to Reuters on condition of anonymity, said the two men agree on the need to control spending so that Brazil can start to reduce its debt burden following a surge in emergency spending to combat the coronavirus pandemic.

Both sources stated that Guedes’ departure is not being considered internally either at the ministry or the central bank. One of them said that even if Guedes were to leave at the behest of President Jair Bolsonaro, his successor would likely be someone determined to spend, so Campos Neto seems an unlikely candidate.

The second source noted that Guedes is still involved in trying to reduce mandatory expenses and put in place controls against the creation of new expenses.

“There has always been this conflict between the areas that want a budget to spend and those that need to control it. In the past, the fight was between Planning and Finance (ministries). The focus here is on one point: Economy,” the second source said.

“And the peripheral ministries are there, at the edge of the lake, which is a little dry, wanting to take a drink of water,” he added.

The sources said that Guedes will present his draft annual budget later this month, laying bare a dire outlook for public finances next year, and making it clear there will be very little room to make investments.