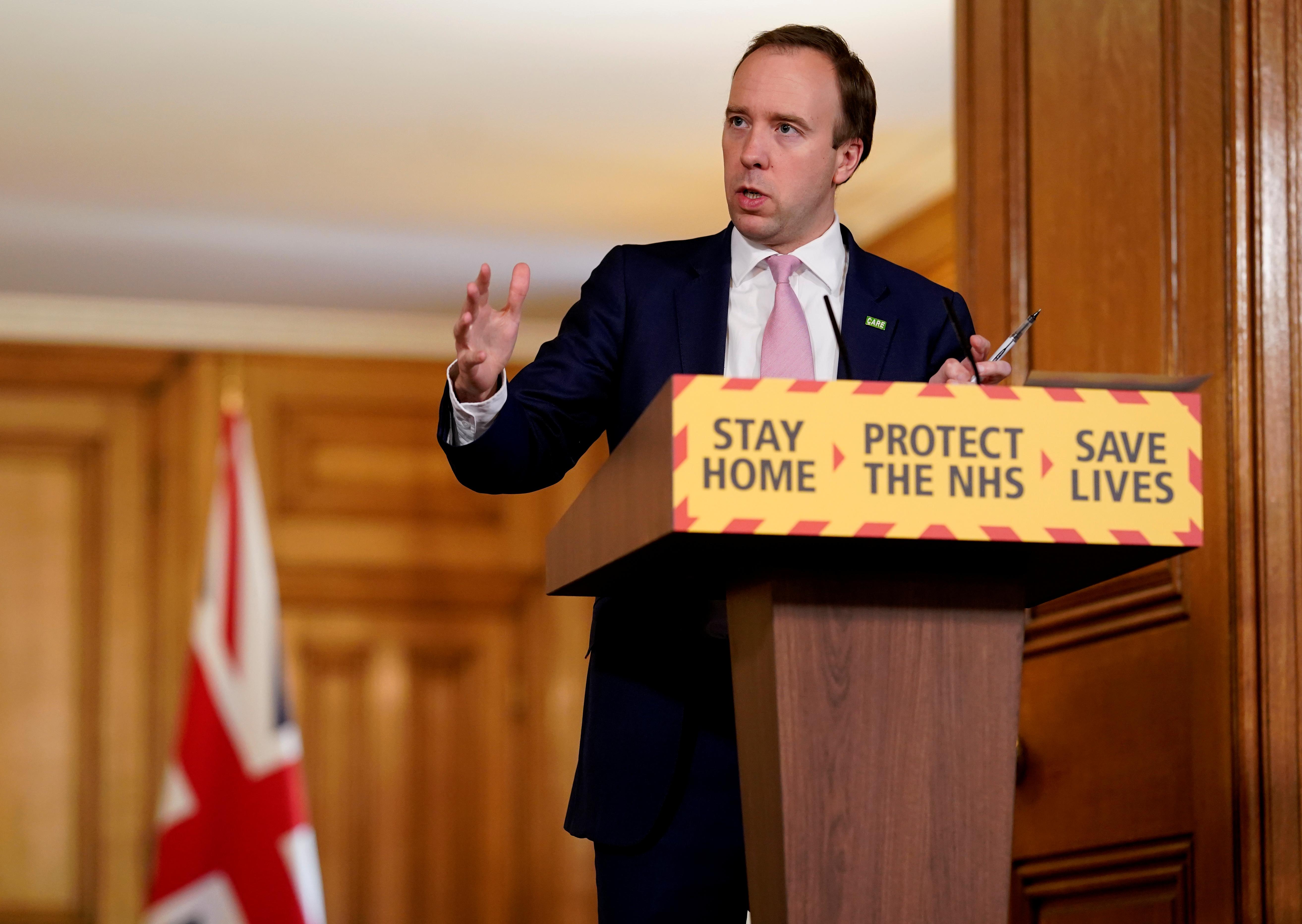 LONDON (Reuters) – Britain has expanded the number of people who are eligible to be tested for COVID-19 to include the police, fire service, judiciary and others, health minister Matt Hancock said on Friday, in part of its efforts to widen its testing programme.

The government has been criticised for all but abandoning testing in mid-March, but Hancock said it was part of the government’s strategy to have mass testing in the community, something that get closer as Britain builds testing capacity.

“The challenge is that as the epidemic increased exponentially at that point in the middle of March. It meant that the incidence of the outbreak was broad and it meant that we weren’t able to test everybody with symptoms,” Hancock told a parliamentary committee.

“I can today expand eligibility for testing to the police, the fire service, prison staff, critical local authority staff, the judiciary, and DWP (Department of Work and Pensions) staff who need it.”