The parliament approves a new centre-right government in a reshuffle aimed at appeasing anti-corruption protesters. 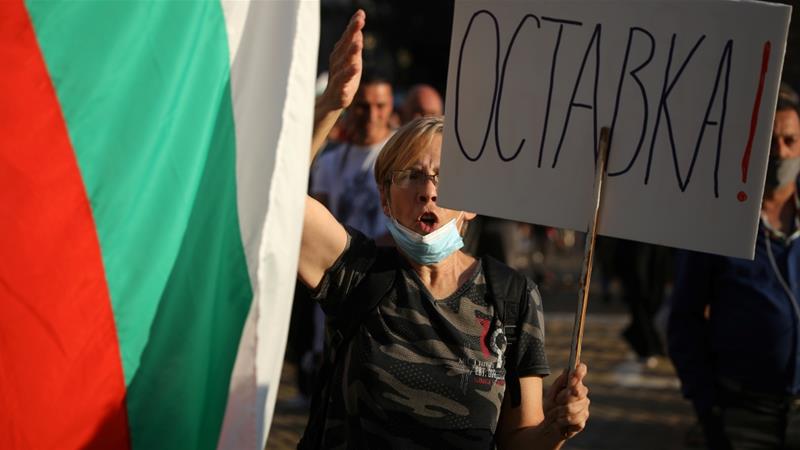 Bulgaria’s parliament has appointed Kiril Ananiev as the new finance minister in the cabinet of Prime Minister Boyko Borissov, in a reshuffle aimed at appeasing anti-corruption protesters seeking the resignation of the whole government.

About 116 lawmakers in the 240-seat parliament on Friday also approved new economy, health, interior and tourism ministers in the centre-right government, which took office in 2017. Eighty-nine deputies voted against the reshuffle.

Ananiev, 65, who has been a deputy finance minister in four different governments since 1998, will be tasked with overseeing the state coffers during an expected economic downturn triggered by the coronavirus pandemic.

Until the reshuffle, Ananiev was health minister in Borissov’s government.

Deputies from the main opposition  Bulgarian Socialist Party chanted “Resign!” and “More!” during a parliamentary debate on the reshuffle, in support of the street protests that have been rocking the Balkan country for two weeks.

On Thursday, thousands of mostly young Bulgarians marched in the centre of the capital Sofia and denounced the reshuffle as a “joke”.

They accuse Borissov of failing to sever links between corruption-prone officials and powerful local tycoons. More protests are planned later on Friday.