Government says it will allocate $9.1m to deal with emergency, will house disaster victims in public buildings. 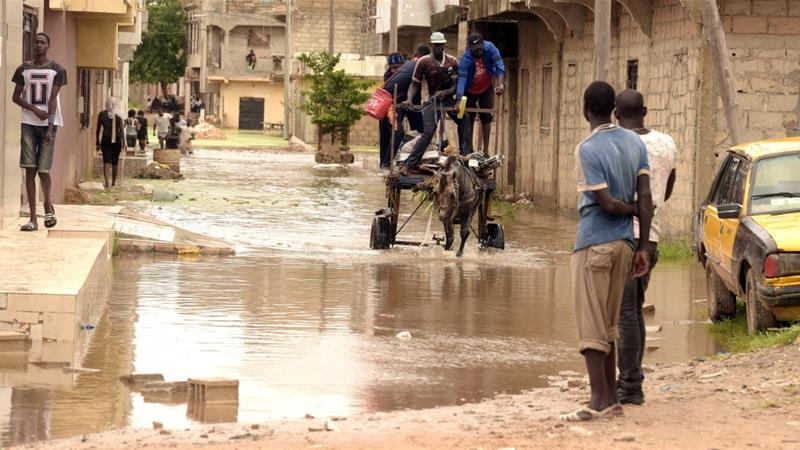 Authorities in Burkina Faso have declared a state of natural disaster after days of heavy rains caused floods that killed at least 13 people and injured 19.

Abdoul Karim Sango, minister of culture, arts and tourism, said in a news conference on Wednesday the flooding destroyed “many houses” and affected “many people”, without giving further details.

Burkina Faso’s Ministry of Finance will allocate five billion CFA francs ($9.1m) to help the flood victims, while the Ministry of Territorial Administration has been instructed to house those affected in public buildings, he added.

The floods swept away a makeshift bridge in the southwest of the country, cutting off the village of Marabagasso from the city of Bobo Dioulasso, 70km (44 miles) away, according to resident Siaka Ouattara.

“The footbridge is completely destroyed by the rains,” Ouattara told Reuters news agency by telephone. “If we have a sick person to evacuate, it would be really serious.”

An impoverished country of some 20 million people, Burkina Faso has in recent years been gripped by escalating violence that has left hundreds of civilians dead and forced almost a million from their homes.

It was not immediately clear how the floods would affect the country’s fight against rebel groups with links to al-Qaeda and ISIL (ISIS), but a security source told Reuters the rainy season inevitably has an impact on operations.