SACRAMENTO, Calif. (Reuters) – California has had 60% more wildfires so far in 2020 than last year because of drier weather, Governor Gavin Newsom said on Wednesday, and he promised increased funding for firefighting even as the state’s budget faces a $54 billion hit from the impact of the coronavirus outbreak. 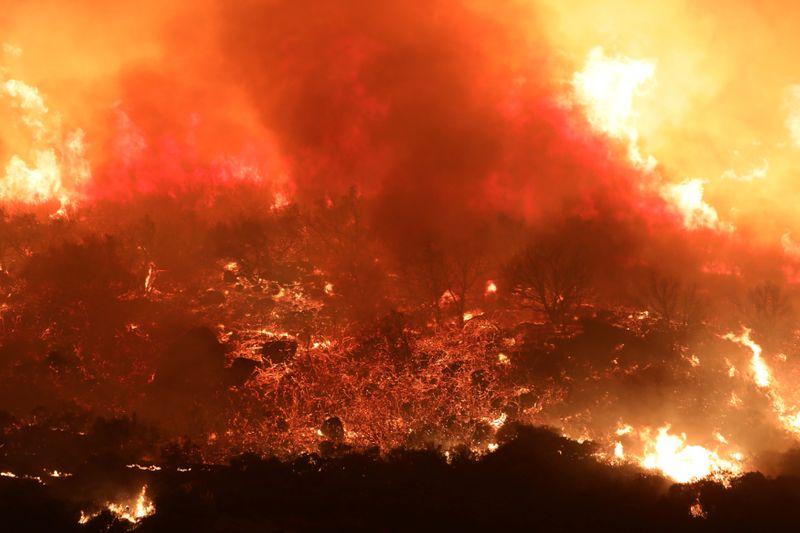 The coronavirus pandemic is also resulting in updated plans for handling evacuations and tactics for fighting wildfires, state officials said.

“We are mindful of the unavoidable anxiety that this time of year presents to people,” said Newsom, referring to the beginning of California’s dry, wildfire-prone late spring and summer. “We have been prepping for this upcoming wildfire season and we are not stepping back our efforts.”

Newsom, who is set to release a dramatic revision of his proposed state budget on Thursday, said he did have to trim parts of the budgets for the California Department of Forestry and Fire Protection, or Cal Fire, and the state Office of Emergency Services. But he said funding for first responders would increase by $170 million.

Part of that money is aimed at helping California keep up its firefighting efforts amid changes wrought by public health efforts to slow the spread of COVID-19, the disease caused by the novel coronavirus, Newsom said at his daily press briefing.

For example, the state anticipates losing the assistance of 80 fire crews made up of state prison inmates, because many are being released early to ease crowding. Some of the additional funding for firefighting will be used to hire more first responders to fill that gap, he Newsom said.

The coronavirus is also forcing the state to rethink how it handles evacuations in fire-prone areas, said Mark Ghilarducci, Newsom’s director of emergency services.

For example, instead of using school gymnasiums for evacuation centers, the state might send evacuees to hotels, where conditions will be less crowded. If large auditoriums or gyms are used as evacuation centers, families might be separated by partitions, and people who have contracted or been exposed to the virus kept in separate quarters, Ghilarducci said.

In addition, residents might be evacuated sooner, leaving more time to find shelter and lessening crowding.

The pandemic also presents challenges to how fires are fought, said CalFire director Thom Porter. Greater emphasis will be placed on quickly and aggressively mounting aerial attacks on all new fires, he said, even in remote areas where fires might have been allowed to burn in the past, to reduce risks to ground crews and the public from smoke that could make them more vulnerable to severe COVID-19 illness.