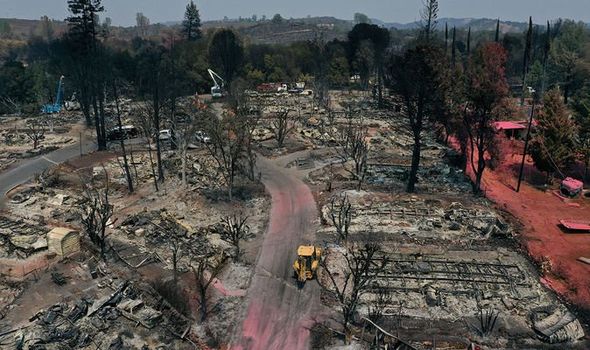 Two months before California’s main wildfire season is due to start, emergency services are struggling to cope with blazes in the north of the state, which has been turned into a fiery wasteland. In Grizzly Flats, a town east of Sacramento, police worked hard to evacuate residents in the night as the Caldor Fire swept in.

Terrified Linda Blalock said she was woken by officers yelling “Fire’s here! Fire’s coming!” She headed to a shelter with her daughter, their cat, two dogs and a chicken with the fire as intense “as a tornado”. She said: “It exploded overnight. It was time to go.”

When at least two people were seriously injured, the authorities closed the Eldorado National Forest.

Thirteen helicopters have been assigned to tackle the fires, which sprung from tinderbox weather conditions, while air tankers have dropped water on to the wooded mountain slopes.

The Dixie Fire, which began in July, is the state’s second biggest blaze destroying more than 1,000 properties.