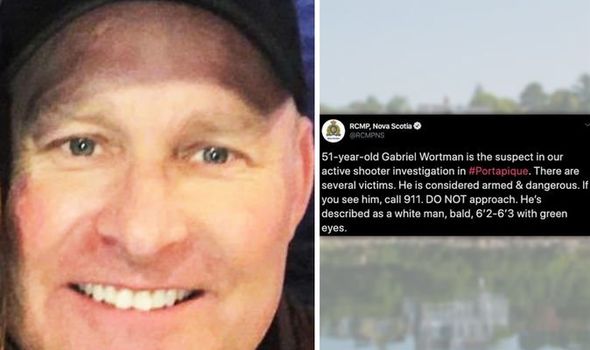 The shooting took place in a rural community of Nova Scotia, Portapique, which has a thriving farming community. Police have identified a suspect whom they describe as armed and dangerous. They have warned people to run and hide if they see the suspect, and not to approach him.

The suspect, Gabriel Wortman, is 51 years old. He is described as a bald, white man, between 6 foot 2 to 6 foot 3 in height, and with green eyes.

The Royal Canadian Mounted Police tweeted: “51-year-old Gabriel Wortman is the suspect in our active shooter investigation in Portapique. There are several victims.

“He is considered armed & dangerous. If you see him, call 911. DO NOT approach.” 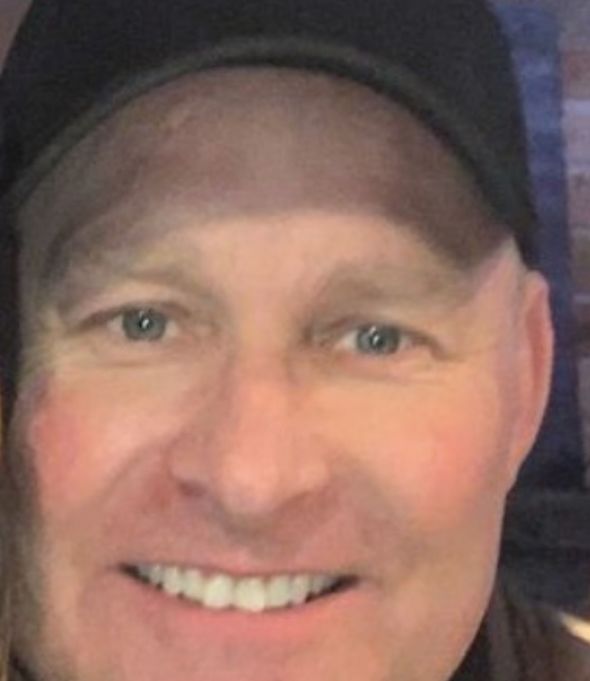 Authorities have urged the public to stay indoors after the shooting was reported, and a nearby hospital has been placed on lockdown, according to local media reports.

Police have told nearby residents to call the 911 emergency line if there is anyone on residents’ property.

RCMP spokesperson Cpl. Lisa Croteau told CBC: “If possible, go into the basement, we just have an unfolding situation.a person with a firearm.

“We would like everybody to stay safe and we will provide more updates when available.” 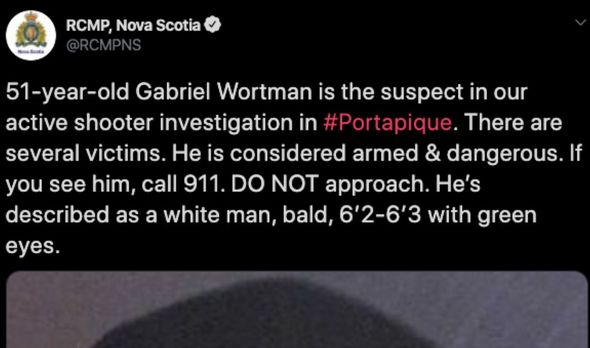 Police were alerted to a firearms incident at approximately 11:30pm local time on Saturday.

They asked people in the area of  Portapique Beach Road, Bay Shore Road and Five Houses Road to avoid outside areas, and to stay home with their doors locked.

Local news has also reported a number of suspicious fires being set in the same area.

Firefighters of Nova Scotia wrote on Facebook that the situation was ongoing and advised residents to follow police advice.