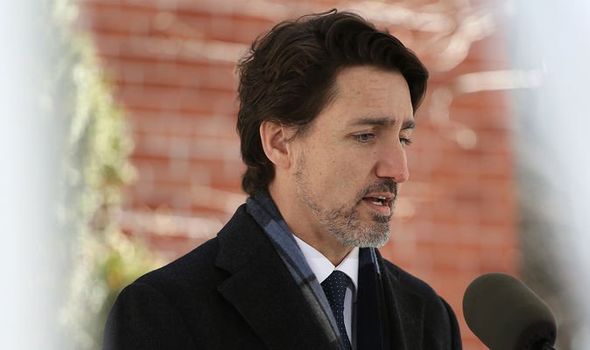 The daily death toll in Canada has risen by 10% or more only once in the last 11 days. The total number of people killed by the coronavirus increased by 6% to 3,082 in a day, official data showed. “The COVID-19 curve is flat … (but) we have to be very cautious going down the other side of the epidemic curve,” chief public health officer Theresa Tam told a briefing.

“Already on this path we have seen some worrisome transmission events emerging,” she said, citing increasing cases in remote aboriginal communities in several of Canada’s 10 provinces.

Health officials say the virus spreads quickly in environments often where vulnerable people are gathered, such as seniors’ residences, prisons and far-flung parts of the country where healthcare is already patchy.

The figure for those diagnosed with the coronavirus had climbed to 52,056. On Wednesday there were 2,904 deaths and 50,373 positive diagnoses.

Quebec has emerged as Canada’s epicenter, with more than half of the country’s deaths, largely because of outbreaks at nursing homes.

Alberta unveiled a plan to reopen its economy gradually, starting on Monday with certain non-urgent surgeries, golf courses and services such as physiotherapists and social workers.

The next stage begins as early as May 14, reopening retail businesses, hair salons, daycares and restaurants.

Moving to that stage hinges, however, on increased testing and contact tracing, and rules for using masks in crowded spaces.

Alberta has not set dates for reopening schools.

“We will move forward together with care and common sense, knowing tough times are still ahead,” Premier Jason Kenney said.

Ontario, which has not set dates to restart its economy, issued more than 60 guidelines for businesses when they reopen, ranging from markers and barriers to maintain physical distancing, and additional labor inspectors to ensure compliance.

“We need to continue seeing the curve flatten, not just for a few days but for a number of weeks,” Ontario Premier Doug Ford told reporters. “But we’re close.”