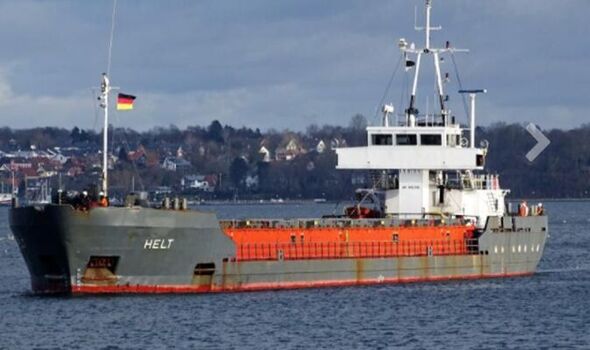 Two crew members were in a life raft at sea while four others were unaccounted for, Igor Ilves, managing director of Tallinn-based manager Vista Shipping Agency, confirmed, adding the vessel might have struck a mine. The news follows reports the Black Sea port might be Vladimir Putin’s next big target as his attacks continue on day eight after his invasion of Ukraine began.

“Two of the crew are in a raft on the water and four others are missing. I don’t know where they are at the moment.”

Odessa, Ukraine’s biggest port city, is crucial for the country’s economic survival. Because of that, an attack would be disastrous. And exactly for that reason, it is seen as highly likely.