MINSK (Reuters) – Just weeks after emerging from political obscurity to run for president, Svetlana Tikhanouskaya took the stage as darkness fell on Thursday and addressed the biggest opposition rally in Belarus since the collapse of the Soviet Union. 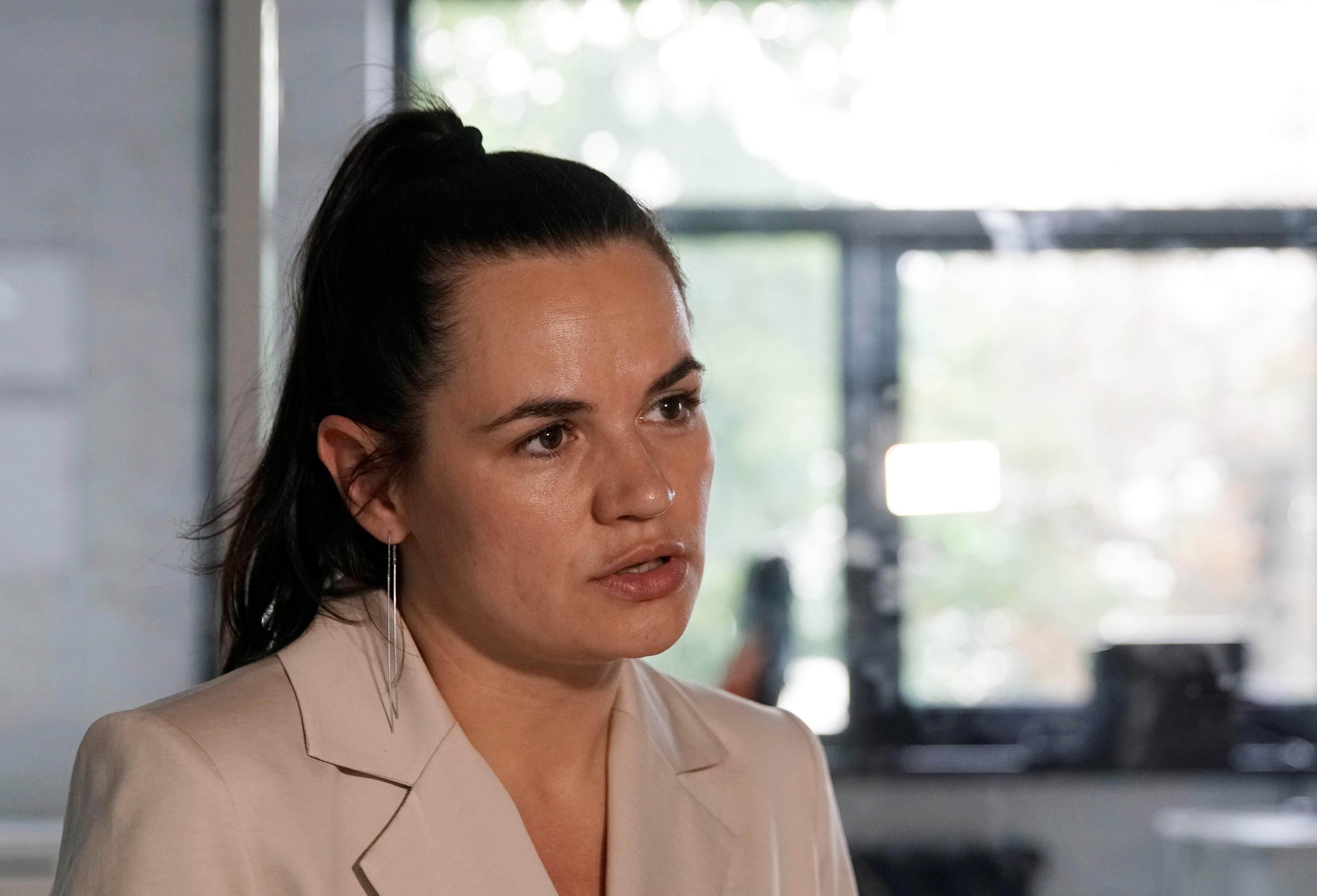 Occasionally gazing down at a clipboard as tens of thousands of people chanted her name, she urged the east European country to vote for change when she takes on long-serving President Alexander Lukashenko in the Aug. 9 election.

Tikhanouskaya, 37, announced her candidacy only after her husband, a blogger, was arrested in May and jailed on what she says were trumped-up charges and forced to pull out of the race.

Although Lukashenko is expected to win, she has quickly become the figurehead of a protest movement against Lukashenko, who was once described by Washington as Europe’s last dictator.

Western observers do not judge elections in the former Soviet republic as free and fair. But Tikhanouskaya poses the most serious challenge in years to Lukashenko, a 65-year-old former collective farm manager who has allowed little dissent since coming to power in 1994.

Belarus is strategically located between the European Union’s eastern edge and Russia, which sends oil to Europe via the country and regards it as a buffer zone against NATO.

Washington is in the process of resetting diplomatic relations with Minsk to offset what it sees as dangerous Russian and Chinese influence.

A Lukashenko win may not quell public anger, political analysts say, and Tikhanouskaya, a former teacher described by an ally as the Belarusian Joan of Arc, is well placed to continue to lead a protest movement that could yield change.

According to human rights group Spring-96, 63,000 people attended Thursday’s rally, making it the largest in the country of 9.5 million since the Soviet collapse in 1991.

Hours before the rally, Tikhanouskaya told Reuters she disliked politics and its “dirty games” but felt compelled to stand after her husband’s arrest.

“I entered the election not because I need power or because I am a politician and want to be president. I went to support my husband,” she said in an interview. “It was not planned. It was at the call of my heart.”

Tikhanouskaya’s first priority is to free all political prisoners, including her husband, and to rerun the election to include all candidates barred from standing.

Her decision to stand was not an easy one. As a crackdown on protests continued, Tikhanouskaya said she received an anonymous threat to have her children taken away.

She thought about quitting, but felt she could not betray the people who had believed in her husband so moved her children to an undisclosed location abroad and carried on.

“Syarhei is brave, I never considered myself brave,” she said.

Authorities on Thursday linked her husband to an alleged plot by suspected Russian mercenaries to destabilise Belarus, an allegation she dismissed.

Lukashenko has compared the opposition to criminals and accused them of trying to whip up violent revolution.

He has faced criticism over his handling of the coronavirus pandemic — he recommended drinking vodka to fight COVID-19 — and grievances over the economy and human rights.

Despite jibes from him about a woman’s fitness to run for office, Tikhanouskaya joined forces with two other women representing other opposition campaigns.

Political analyst Artem Shreibman questions whether she can keep the momentum going after her likely defeat.

“But politics in Belarus and Tikhanouskaya herself have recently defied all predictions,” he said.