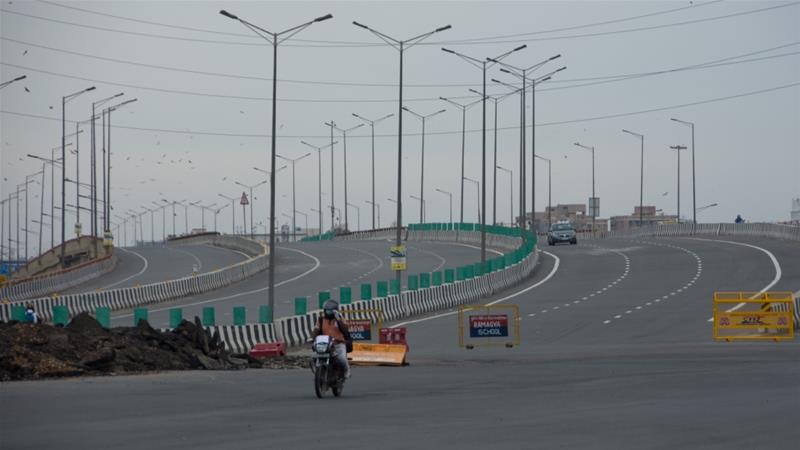 Prime Minister Narendra Modi on Tuesday announced a 21-day lockdown to contain the virus spread that has now killed 17 Indians and infected more than 700 others.

The South Asian nation reported its first coronavirus case on January 30 but in recent weeks the number of infections has climbed rapidly, worrying public health experts who say the government should have acted sooner.

But the ruling Bharatiya Janata Party (BJP) leader Sundhanshu Mittal said India was one of few countries to have acted swiftly and decisively to contain the outbreak.

“You can’t have knee-jerk reactions to such catastrophes without evaluating and anticipating the scale of the problem and looking at the international domain knowledge and consensus. A lot of administrative decisions were made,” he said.

India’s Health and Family Welfare Ministry claims the rate of increase in infections has stabilised. “While the numbers of COVID-19 cases are increasing, the rate at which they are increasing appears to be relatively stabilising. However, this is only the initial trend,” a spokesperson said.

According to the latest report by the country’s top medical research body, the Indian Council of Medical Research (ICMR), 27,688 coronavirus tests had been carried out by 9am on Friday.

“A total of 691 individuals have been confirmed positive among suspected cases and contacts of known positive cases,” read the ICMR update. On Thursday, India witnessed the highest daily increase in COVID-19 cases of 88 people.

While the numbers do not paint a grim picture compared to other countries that are finding it difficult to contain the virus, concern is growing among healthcare experts who believe that the number of infections could be far higher than what is being reported.

Academics from three American universities and the Delhi School of Economics in a report based on current trends and demographics have claimed that India could experience as many as 1.3 million coronavirus infections by mid-May.

Experts also say India’s capacity to test is poor and more robust testing would reveal the true extent of the pandemic.

“We have to test anyone who is showing any symptoms, we can’t be restricted to hospitalised cases or those with travel history,” said Dr T Sundaraman, the national convener of the People’s Health Movement.

“We don’t know much because the rate of testing is still modest and very limited. If the testing expands we may find the real numbers which we don’t have,” he told Al Jazeera. 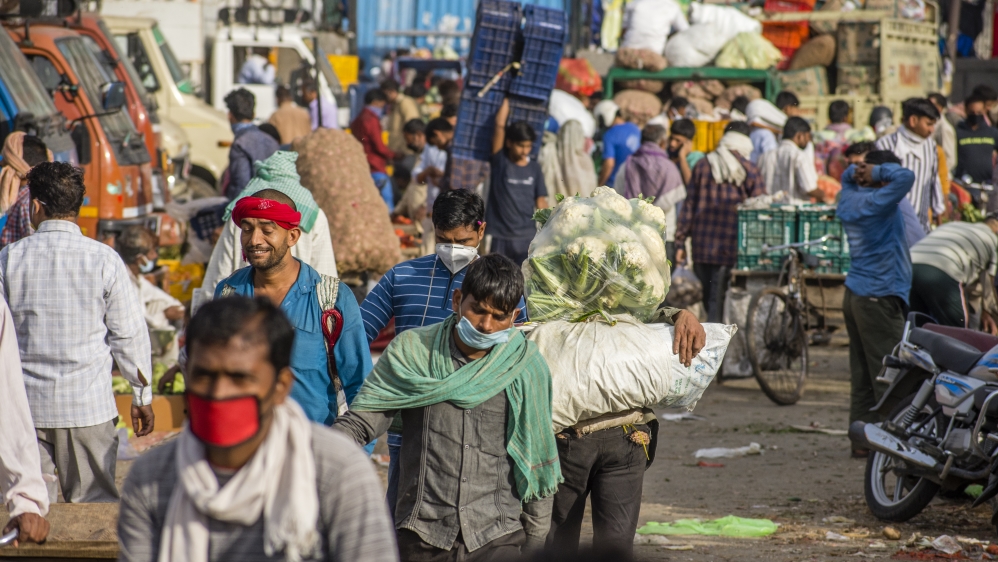 Facing its biggest health emergency since the country gained independence from Britain in 1947, the Indian government announced a series of steps starting with a 14-hour public curfew on Sunday.

The government has also scaled up testing facilities and engaged private contractors to help it conduct tests.

From 72 testing centres initially, India now has 104, with a capacity to test 8,000 samples daily. Another two rapid testing laboratories that can conduct more than 1,400 tests per day are also expected to be operating soon.

Leena Meghaney, a legal expert on public healthcare, claimed that a global shortage of chemicals used in the tests and the validation of testing kits being produced domestically were hindering India’s testing capacity.

“This shortage was not specific to India but a global phenomenon. It happened in the USA and France, and India must have faced a similar shortage. The government had to scale it up and procure testing kits from companies which had to be first validated [which] also took some time,” Meghaney told Al Jazeera.

Shortage of PPE and ventilators

Not only is India’s testing capability low, as COVID-19 cases continue to rise, the country is also facing a shortage of equipment needed to support medical staff.

Some say shortages of N-95 masks and other personal protective equipment (PPE) used by healthcare workers have been caused by a last-minute rush by the government, despite the World Health Organization (WHO) warning governments in February to scale up production.

India has 0.7 hospital beds for every 100,000 people, far fewer than countries like South Korea (six per 100,000) that have been able to successfully contain the virus.

Ventilators are also in short supply. India has nearly 100,000 ventilators but most are owned by private hospitals and are already being used by existing patients with critical illnesses. 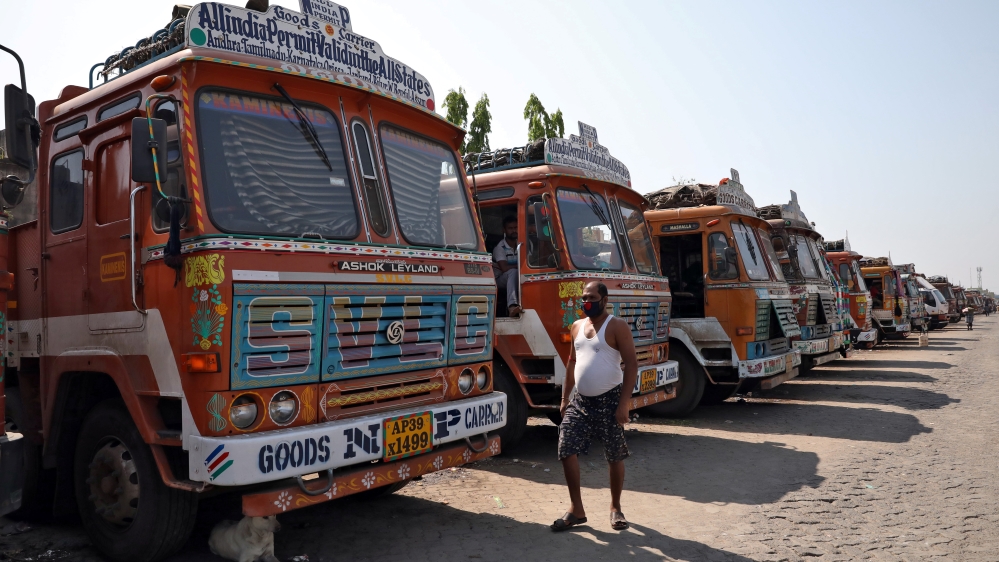 Some reports suggest that India needs another 70,000 ventilators, which it usually imports, but on Friday, the government announced that it had ordered only 10,000.

“Ventilators are a costly and critical piece of equipment which are going to go under production by [the state-run] Defence Research and Development Organisation,” said Dr Preeti Kumar of the Public Health Foundation of India, a public-private organisation.

“And then we have items like caps, masks, gowns and gloves. These are high-volume and low-cost consumables that will definitely be produced. It is not the state that is going to produce, it will only order. A lot will depend on how geared up our production companies are to come up to speed and start producing.”

Meanwhile, Sundaraman from the People’s Health Movement highlighted how the stress of lockdown appeared to be overtaking the stress of the disease. Sundaraman said his biggest concern was the thousands of migrants who found themselves stranded across India as Modi announced the lockdown with just four hours’ notice.

“What is really worrying is the huge migration that has started across the country. You just can’t stop public transport like that. The lockdown should have been done in a phased way. People shouldn’t be stranded without income, without work. Even in an authoritarian state, they would know that this is something the state has to do,” said Sundaraman. 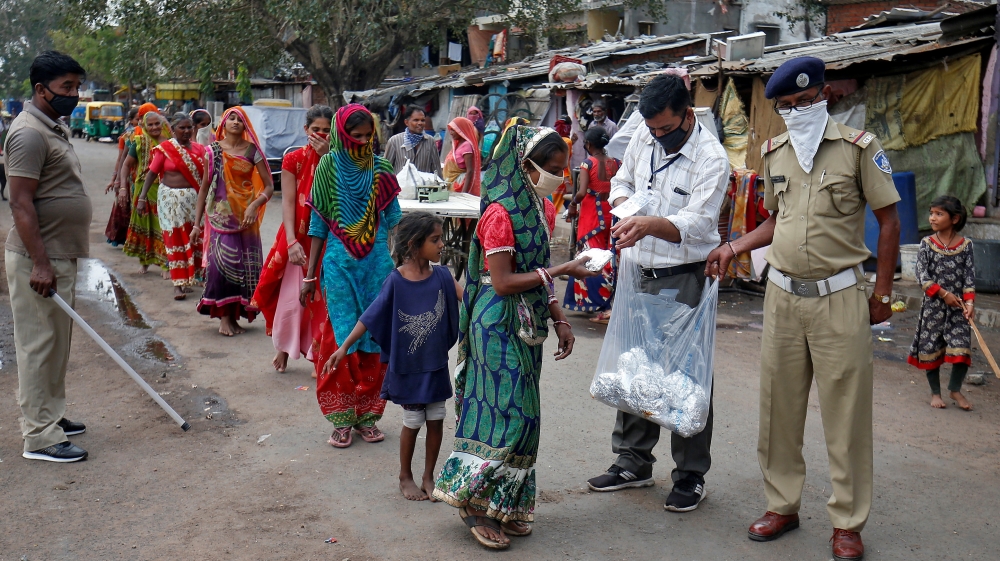 Photographs of migrant workers walking hundreds of kilometres or crammed in trucks and empty railway crates show how the government ignored their plight.

Police have also resorted to heavy-handedness against migrants, street vendors and meat sellers. One person died in the state of West Bengal after being beaten up by police for venturing out to buy milk during the lockdown.

In a video shared on Twitter, police appeared to use batons on Muslim worshippers leaving a mosque during a ban on religious gatherings. Al Jazeera has not verified whether the video is authentic.

Meanwhile, in an apparent violation of the lockdown rules, Chief Minister Yogi Adityanath of India’s most populous state, Uttar Pradesh, was seen organising a religious function in Ayodhya town.

Reetika Khera, associate professor at the Indian Institute of Management, Ahmedabad and a right to food activist, claimed that the prime minister’s speeches created panic among migrants and then police mishandled the lockdown.

“Now the police are the biggest problem. They are violating government rules. Essential services are to remain open and the biggest violator is the police. I am not sure about the government’s communication strategy, they are supposed to be sharp at that but clearly that is not the case if we can’t communicate clearly to the police,” she said.

The lockdown has also led to the shutdown of routine healthcare services, with Megahney claiming that people with other illnesses have now been stranded without healthcare.

“I know a number of people with HIV who have been stranded. Similarly, a lot of cancer patients are finding it hard to access basic healthcare services. This must be addressed urgently because one of the fallouts of COVID-19 could be that people with other diseases could end up paying the price,” said Meghaney.

Mittal, the BJP leader said the lockdown was announced swiftly so the government could contain the spread of infection.

“If there are migrants who are stranded, government is making provisions to make them reach their houses.”

Meanwhile, the Indian government on Thursday announced a $23bn fiscal stimulus package to help the poor address financial hardships during the three-week lockdown. India’s finance minister claimed that no one would go hungry during this period.

India has an existing welfare programme for the poor and the government appears to be using that to provide direct cash transfers and food grains.

However, nearly 85 percent of India’s population works in the informal sector and migrants, in particular, do not have access to these resources. 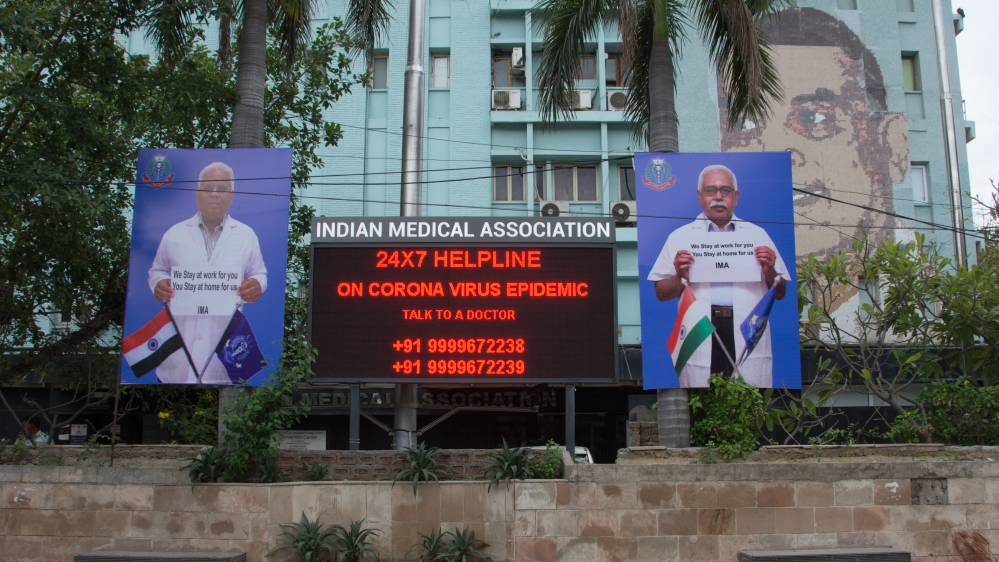