Chicago has seen rampant gang violence for years while its police force has faced accusations of corruption. 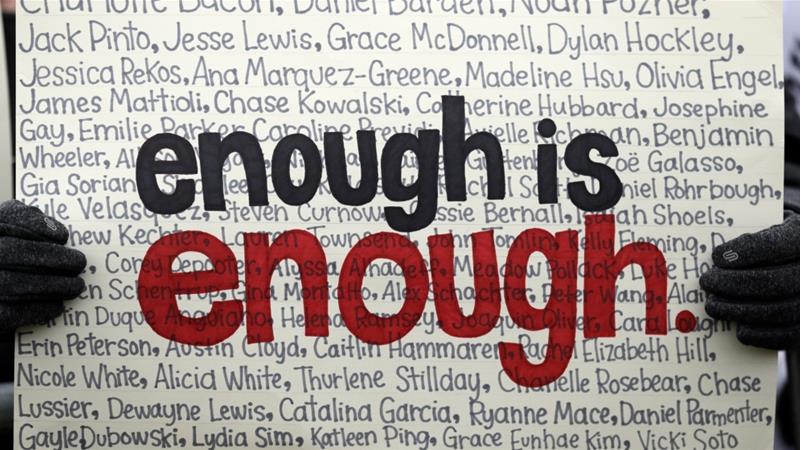 One of Chicago’s bloodiest holiday weekends in memory ended with 17 people fatally shot, including a seven-year-old girl and a 14-year-old boy, and 70 more wounded, despite a concerted effort to quell the violence with an additional 1,200 police officers on the streets.

The violence was far worse than last year, when the long Fourth of July weekend ended with six people dead and 66 wounded in gunfire. And the holiday weekend of violence follows Chicago’s deadliest Memorial Day weekend since 2015.

After a relatively peaceful Friday, gunfire erupted about 7pm local time (00:00GMT) Saturday. Seven-year-old Natalia Wallace was standing on the sidewalk outside her grandmother’s house on the city’s West Side during a Fourth of July party when, according to police, suspects climbed from a car and opened fire. The child was shot in the head.

“Bullets just came from nowhere,” Natalia’s grandmother, Linda Rogers, told the Chicago Tribune on Sunday. “I came out here and my grandbaby [was] lying on the ground”.

Chicago Police said detectives used technology to find the gunman’s vehicle, and they arrested the one man who was sitting inside. The man had not been charged in Natalia’s death as of Monday morning, and his name was not released.

The department did not immediately know how many, if any, arrests have been made in the other weekend homicides.

About three hours after Natalia was shot, a group of young men that police believe are members of a gang jumped from a vehicle in the Englewood neighbourhood on the city’s South Side and opened fire on a rival gang member.

“They shot and killed him and they stand over him and keep shooting” before jumping back in the car and fleeing the scene, Deputy Chief Brendan Deenihan told reporters Monday morning.

But a child, 14-year-old Vernado Jones Jr, was nearby and one of the bullets fired at the man who was killed struck Vernado in the armpit.

“He had nothing to do with gang-on-gang violence. He was not the intended target,” Deenihan said.

“We cannot allow this to be normalised in this city,” he said. “We cannot get used to hearing about children being gunned down in Chicago every weekend.”

This year, the department counted the Fourth of July weekend shootings from 6pm (23:00 GMT) Thursday through the end of Sunday. In all, 13 children under the age of 18 were shot, including the two that died.

The weekend violence highlighted what has been a particularly dangerous year for children in the city. Police statistics show there have been 32 homicide victims under the age of 18 so far in 2020 compared with 20 during the same period in 2019.

A week earlier, Chicago’s shooting victims included a one-year-old boy riding in a car with his mother and a 10-year-old girl who was shot by a bullet fired a block away that pierced a window and struck her in the head as she sat on a couch at home.