Donald Trump announced he and First Lady Melania Trump had tested positive for coronavirus on Friday, prompting a number of conspiracy theories. DeAnna Lorraine, a former Congressional candidate, has written a number of theories on Twitter which suggest the President’s diagnosis is no coincidence.

The political commentator made a number of controversial remarks on her personal Twitter account, which has almost 400,000 followers.

She said it was odd that so many Republican politicians have contracted the virus.

Ms Lorraine even suggested China was behind Trump’s positive diagnosis.

She said: “Could Trump catching COVID-19 technically be viewed as an assassination attempt on our President by the Chinese?” 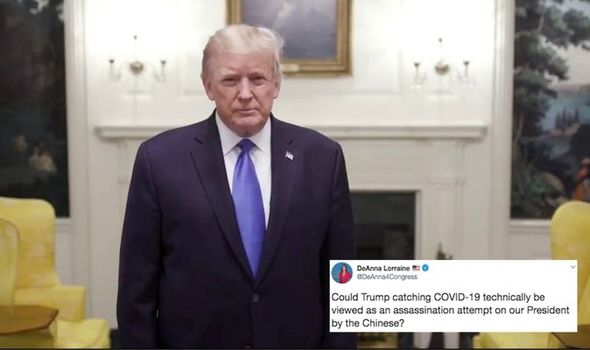 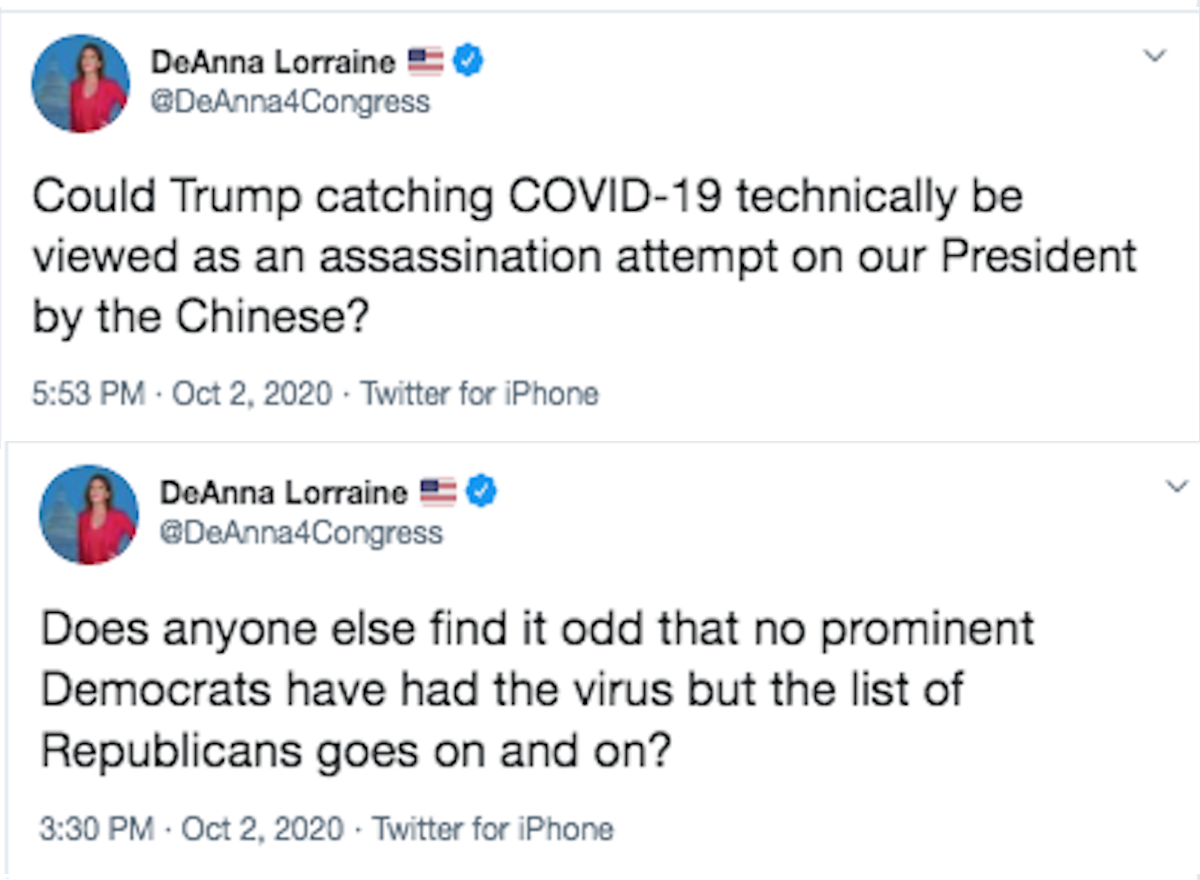 The commentator also wrote: “Does anyone else find it odd that no prominent Democrats have had the virus but the list of Republicans goes on and on?”

In another Tweet she said: “It’s pretty peculiar that the China Plague somehow knows to target only members of the Senate Judiciary Committee.

“Of the 53 GOP Senators, the three that got the virus are all on the Committee. 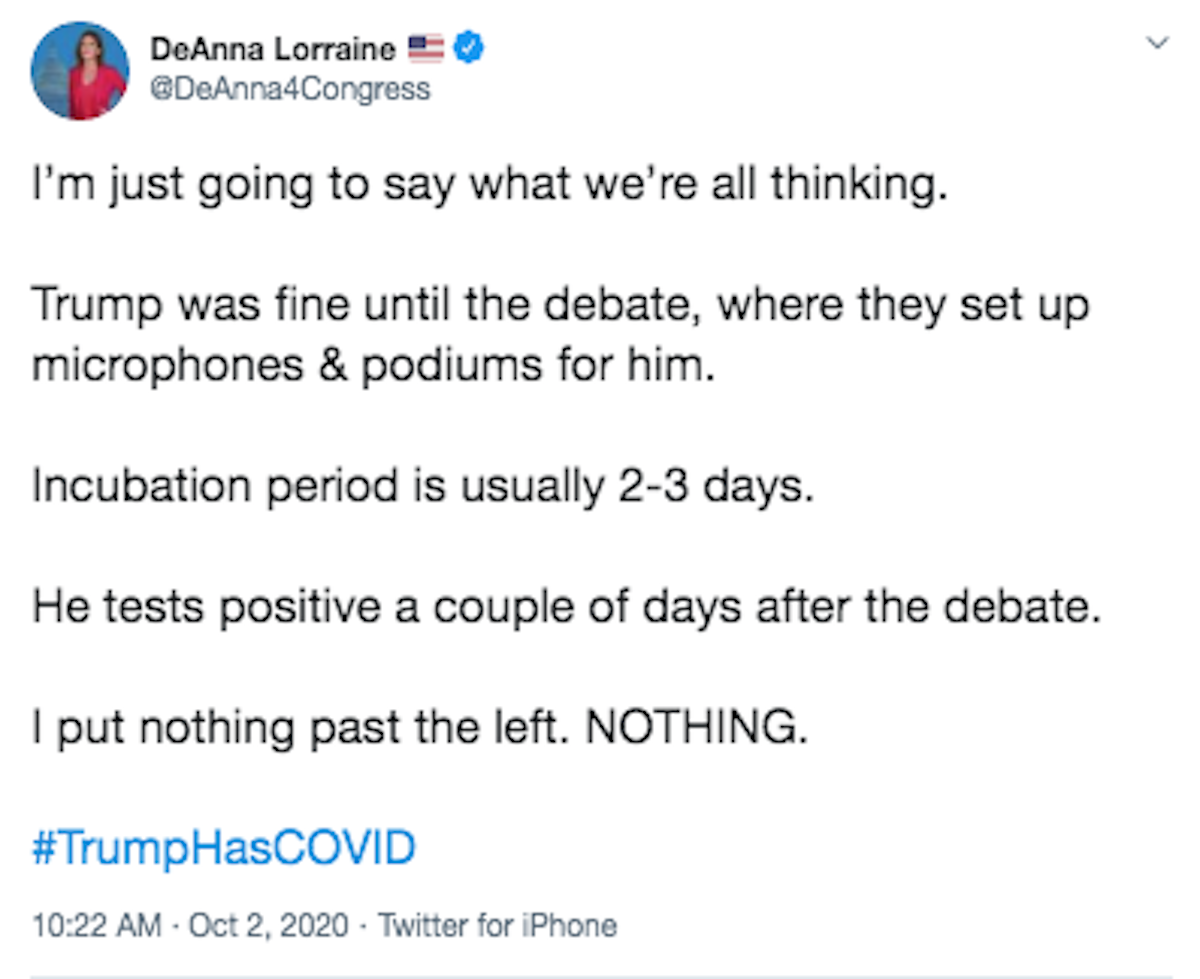 Her comments have received a mixed response on Twitter, with some people agreeing with her conspiracy theories and others condemning the remarks as pure nonsense.

The comedian said: “Well I wouldn’t say we were all thinking that, might just be you.”

He added: “You know what else is odd. It’s odd when skydivers who use parachutes come down fine but the ones who don’t get splattered like a bag of coleslaw. 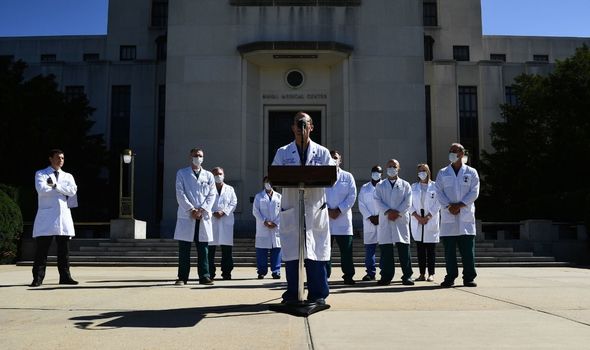 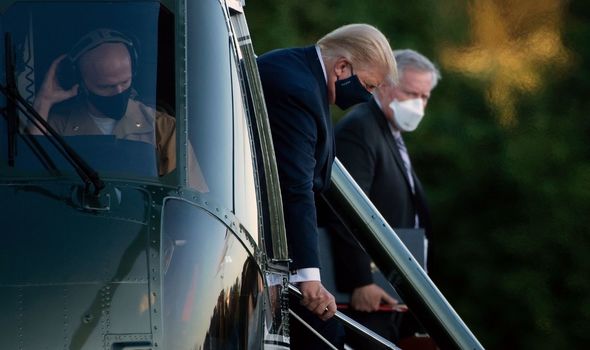 “And of course no reasonable person wants anyone to get this terrible disease but you can’t look past the fact that over and over again Trump has been making fun of Joe Biden for wearing a mask.”

Another person wrote on Twitter: “When I saw this tweet I thought it was a joke, but apparently she was serious…

“She also suggested Trump getting COVID-19 could be considered an ‘assassination attempt’ by the Chinese, and calls it the ‘China plague’.

“These are the types of people running for Congress. Wow. Wow.” 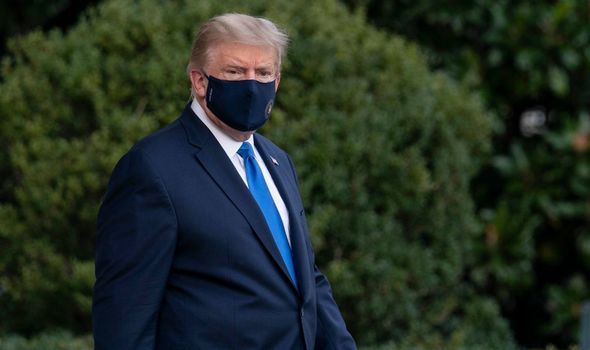 A third fumed: “That has to be the dumbest thing I have see you tweet yet @DeAnna4Congress.

“Who cares about the 200,000+ that have died right, but now that Trump is sick, it’s an Assassination attempt?!

But other people agreed with the political commentator, and wrote: “Question? Was this an Assassination attempt? Trump, team, and Republicans. Was it intentional?” 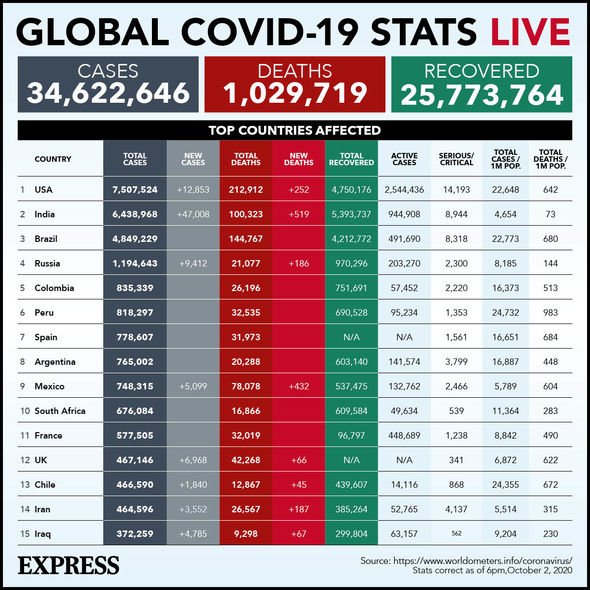 One person said: “Ironic that this outbreak is occurring almost one month prior to the election, isn’t it?

“Why didn’t this happen between March and September? Strange days, indeed.”

Another user wrote: “Anyone else think it’s just a little too coincidental that only members of the Trump campaign are testing positive for COVID??

“I won’t say what I’m suggesting other than we know the deep state will stop at nothing to steal an election.”