Hu Xijin, the outspoken editor-in-chief of the state-backed Global Times – widely acknowledged as the mouthpiece of China’s ruling Communist Party – called the move an “open robbery” and accused Washington of cowardice.

President Trump is turning the once great America into a rogue country.

He said: “President Trump is turning the once great America into a rogue country.”

Microsoft has announced plans to acquire TikTok’s business in the US, Canada, Australia and New Zealand.

Mr Trump warned buying only part of the app will be “complicated” but gave Microsoft CEO Satya Nadella the go-ahead.

The US President said some “key money” would have to be paid to the US Treasury Department for making the deal possible. 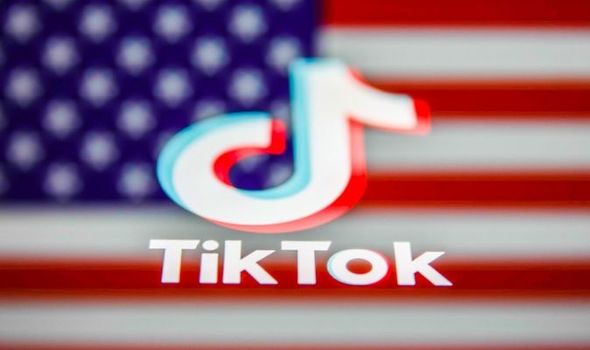 TikTok has been under fire from Washington which has accused the Chinese-owned app of collecting data on Americans and sending it to the Chinese government. TikTok has repeatedly denied this.

The Trump administration first threatened to ban TikTok and had pledged to take action “within days” before Microsoft announced its interest.

It said Mr Trump feared TikTok was a threat to the success of US technology firms and highlighted similar moves by the US to block Chinese telecommunications equipment maker Huawei. 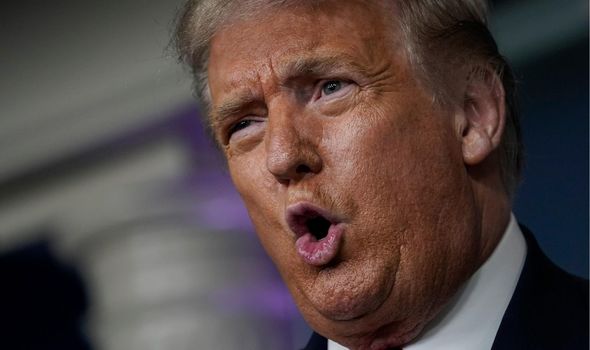 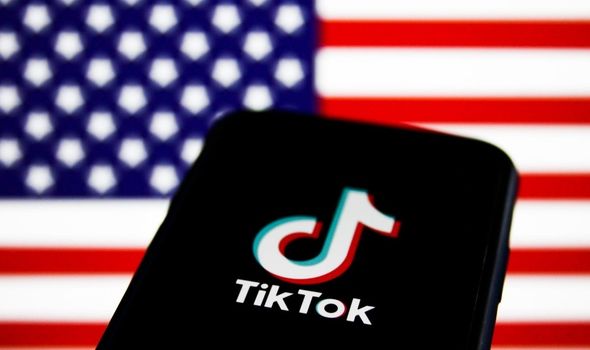 An editorial said the Chinese firms had “brought a sense of crisis to US elites, which shows that China’s top companies have the ability to move to the forefront of the world in technology”.

It said: “When similar things happen time and again, the US will take steps closer to its decline.

“But in recent years, the US’ internet structure has been rigid.”

Another state-backed newspaper, the China Daily, said the comments coming out of Washington were “tantamount to inviting potential US purchasers to participate in an officially sanctioned ‘steal’ of Chinese technology”.

An editorial said: “But China will by no means accept the ‘theft’ of a Chinese technology company, and it has plenty of ways to respond if the administration carries out its planned smash and grab.”

The latest row has erupted as tensions between the world’s two largest economies continue to soar.

Technology has been a key part of the dispute and TikTok,   one of the few Chinese tech firms to have found success in the US market., is the latest to be dragged into the fight. 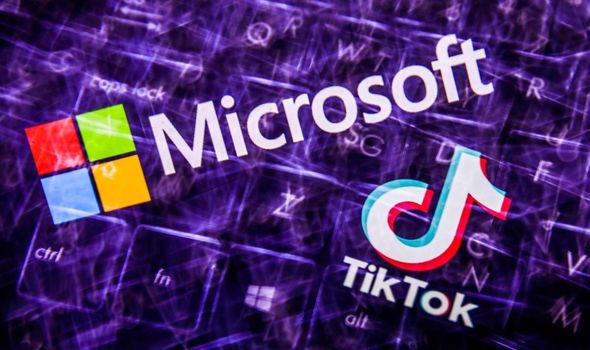 Some analysts believe the TikTok saga is part of Washington’s strategy of pushing back against the competition created by a rapid global expansion of Chinese technology companies.

Microsoft said its discussions over a possible buy-out would be completed by September 15.

A spokesman said: “Following a conversation between Microsoft CEO Satya Nadella and President Trump, Microsoft is prepared to continue discussions to explore a purchase of TikTok in the United States.

“Microsoft fully appreciates the importance of addressing the president’s concerns. It is committed to acquiring TikTok subject to a complete

Microsoft said that, as part of any deal, it would “ensure that all private data of TikTok’s American users is transferred to and remains in the United States”.