A group of 15 elephants have become social media sensations after hundreds of millions of people watched a video of them napping.

The herd have been travelling around southern China for more than a year, covering some 310 miles (500km) from their home on a wildlife reserve in Xishuangbanna, Yunnan, all the way to Kunming, the provincial capital and home to seven million people.

They have been wreaking gentle havoc along the way, breaking into farms for food and water, and trespassing into a retirement home, startling one elderly resident who had to hide under a bed. 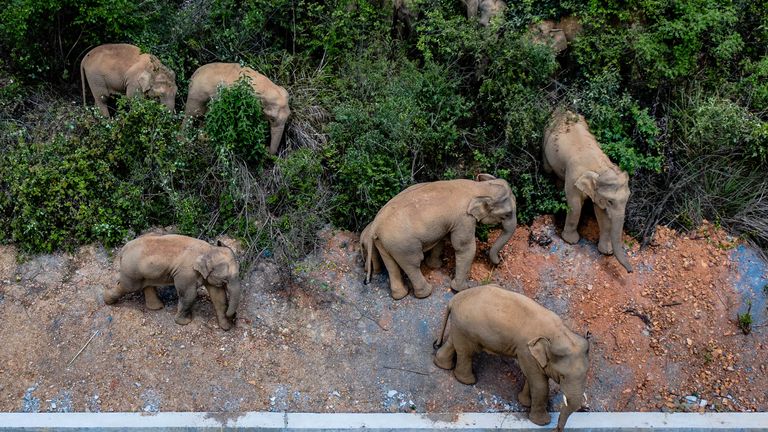 Authorities in China have been trying to keep people out of harm’s way and have been monitoring the group non-stop using drones.

The footage has been viewed by hundreds of millions of people, with some tracking their every move.

But there’s little agreement on exactly why the elephants are on the move.

“In the past few years, the number of elephants has increased because poaching has stopped,” Wenjing Pan, forest and ocean project manager at Greenpeace East Asia, told Sky News.

“Meanwhile, the population in the area has also increased, and more land that could be their potential habitat for elephants has been occupied by human activities.

“The preferred option is to try and guide the elephants and try to get them to change their direction. Meanwhile, the local authorities will pay for any of the losses farmers suffer due to damage caused by the elephants.” 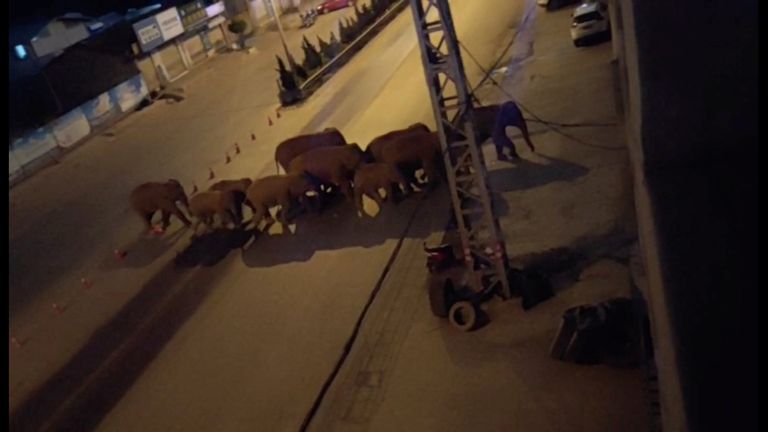 Even thousands of kilometres away in Beijing, the huge animals were a topic of discussion.

One commuter told Sky News she thought the COVID-19 pandemic was to blame, saying: “Before, animal lovers and local people took care of them, like the elephants in Africa. But now, affected by the pandemic, maybe, people don’t have the time or the effort to care for them.”

However, she thought China – which has largely controlled COVID – was the best place for the herd.

“China is very safe,” she said. “I think the elephants know China’s situation and they want to stay in China. They want to explore a new habitat in China.” 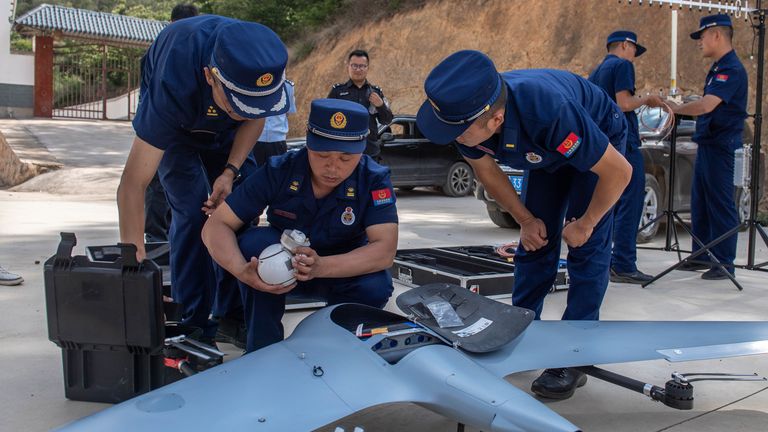 Her primary school-age son was more equivocal on the appeal of the elephants. He said: “I think every animal is special. Some look ugly, some cute. I have no favourite one. I think they are all animals – we should protect them all.”

Another Beijing resident said the elephants’ journey “must be because of mankind”. They pondered: “Why have they walked so far to find a new habitat? It’s because people destroyed their habitat.” 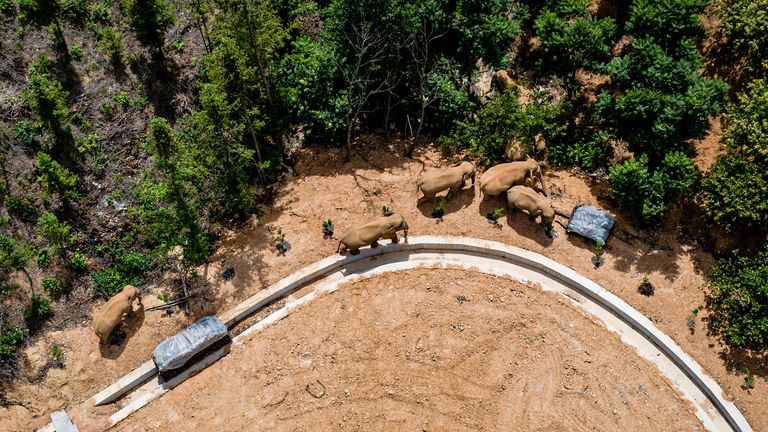 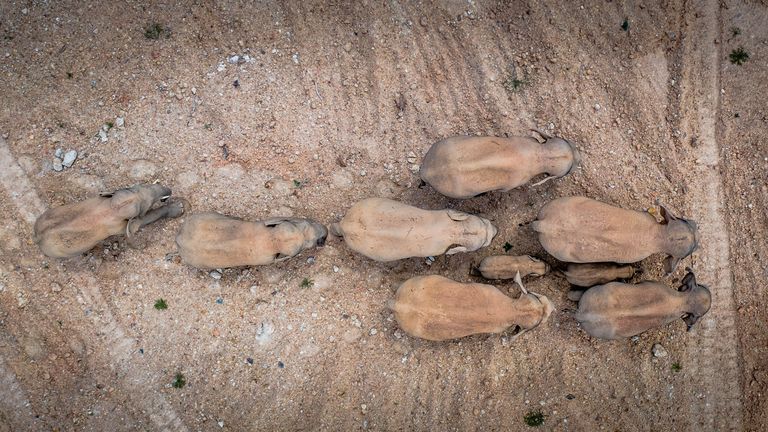 The most recent information from state media places the herd at Yuxi city, around 46 miles (75km) from Kunming.

One elephant was left behind in Kunming, apparently late to wake from a nap. Their destination remains unknown.