Researchers from the Chinese Centre of Disease Control (CDC) and Prevention said genetic evidence confirmed the virus originated in Chinese bats before crossing to humans via an “intermediary animal”. But they said pinpointing the exact location of the transition had not been possible.

Chinese authorities previously announced the first cases of the virus emerged at a local seafood market in Wuhan.

But results of a study of the animals being sold there appeared to rule out the market theory as all the samples of animals sold there tested negative for COVID-19.

CDC director Gao Fu said: “It now turns out that the market is one of the victims.” 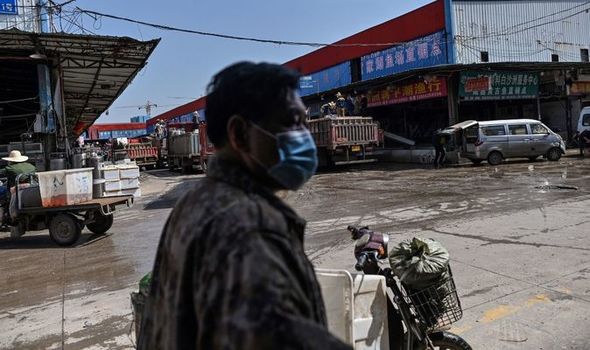 Georgetown University zoologist Colin Carlson said the wet market was probably the site of a “super-spreader” event, where one person spread the virus to many other people.

A majority of the original 41 cases of COVID-19 reported to the World Health Organisation in December were linked to the 116-acre market in Wuhan.

This led to the wet market being shut down on January 1 although the majority of its 3,600 stalls had reopened by April 14. 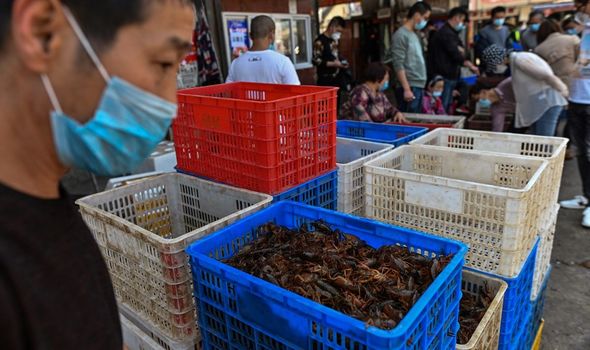 Scientists at Harvard, MIT and the University of British Columbia examined four samples from the seafood market and found that traces of the virus were “99.9 percent” identical to those taken from a Wuhan patient.

This suggests the virus detected in the samples came from infected visitors or vendors, indicating “Sars-CoV-2 had been imported into the market by humans”.

Molecular biologist Alina Chan and evolutionary biologist Shing Zhan, who were involved in the CDC study, said: “The publicly available genetic data does not point to cross-species transmission of the virus at the market.”

The revelations will fuel speculation the virus leaked from a a Chinese research facility.

US President Donald Trump is among those who claims to have seen evidence proving it started at the Wuhan Institute of Virology.

China has told the US to stop wasting time in its fight against coronavirus and work with China to combat it, rather than spreading lies and attacking the country.

Chinese foreign minister Wang Yi expressed his deep sympathies to the US for the pandemic, where the death toll has surpassed 100,000 in the coming days, the highest number of any country. 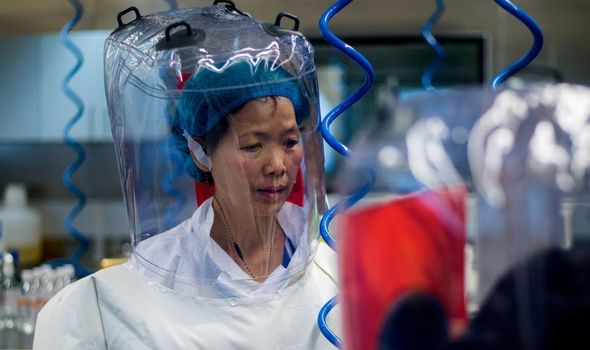 But he said: “Regretfully, in addition to the raging coronavirus, a political virus is also spreading in the United States.

“This political virus is using every opportunity to attack and smear China.

“Some politicians have ignored the most basic facts and concocted too many lies about China and plotted too many conspiracies,” he added.

“What China and the United States need to do the most is to first learn from each other and share their experience in fighting against the epidemic, and help each country fight it.”