Xi had already told troops to be “ready to assemble at the first call” and to be capable of “ fight­ing and winning”. He has previously signed similar orders but analysts say the belligerent behav­iour of the regime over the past year rings alarm bells. The move comes as outgoing US Secretary of State Mike Pompeo marked the end of “Chinese appeasement” by lifting a decades-old convention to allow US diplomats to communicate directly with Taiwan, which China sees as a province. 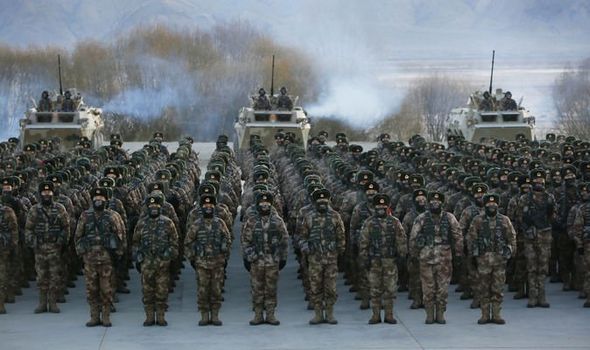 Last year the Sunday Express revealed a similar policy shift over formally recognising Taiwan is being considered by the UK government in the wake of the crisis in Hong Kong.

China expert Matthew Henderson said that Beijing’s threat was also significant for the UK, which is preparing to deploy the Queen Elizabeth aircraft carrier to lead a multinational taskforce to the Far East in a show of strength against Chinese attempts to control the vital trading route on the South China Sea.

“Xi has regularly signed orders like this but, in the context of the last 12 months, it takes on a worrying new importance,“ said the former diplomat, who served with the FCO in both China and Hong Kong.

“His chosen persona has morphed from ‘benign spokesman for a win-win new world order based on mutual benefit and co-operation’ to a military hard man whose forces club Indian border guards to death and carry out aggressive fly-by operations over Taiwan. 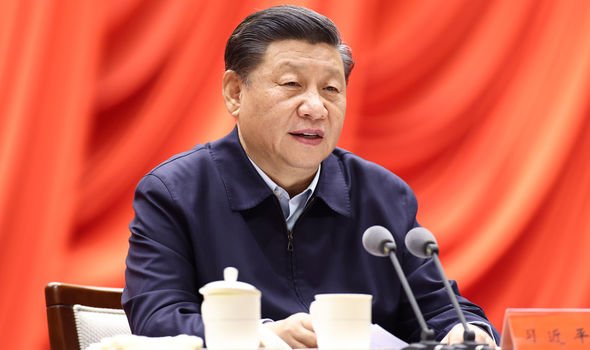 XI has already decreed that the PRC should be a ‘strong socialist nation’ with world-class military capabilities by its centenary in 2049.

Henderson added: “So when he demands that his armed forces ready themselves for war at a moment’s notice, this is no longer just rhetoric-it is a reality.

“He is now the absolute leader of the Chinese Communist Party, an unelected elite that craves no legitimacy, only supreme power. Chairman Mao said, ‘Power grows from the barrel of a gun’ and Xi is now starting to wield that gun and its power includes hypersonic missiles and a massive new naval capability designed to outgun the US in blue water.”

The US decision, he said, has made the Taiwan question “a real, live flashpoint for conflict between the US-led West and Xi’s Communist Party state, but it was most assuredly it’s a message to the UK, as well.”

While the UK poses no great threat to China in itself, becoming a significant part of an alliance by virtue of sending the carrier is a sign that we are part of the fight, he said.

He warned that Taiwan cannot be viewed as an isolated problem.

“Taiwan isn’t just a small island; it’s a symbol of the free world’s resilience in the face of lawless tyranny,’’ he said.

“The interests of the US, the UK and the rest of the free world are also those of Taiwan – the rules-based international order, free trade and democracy itself depends on the guaranteed freedom of navigation and trade in and through the South and East China Seas.”

Meanwhile, the Sunday Express has learnt that Parliament’s Intelligence and Security Committee is looking at the problem of “useful fools” around the world being used as agents of the Chinese.

And privately, there are also concerns about the EU signing a deal with China this month.

Notre-Dame fire: Cathedral’s spire to be rebuilt with 200-year-old oaks from royal forest