Approved by China State Council, Beijing has approved two new administrative centres in the South China Sea. Laying in the disputed Paracel and Spratly Islands, the move has come as the US has been forced to withdraw its navy from the region amid the current coronavirus pandemic. Due to a coronavirus outbreak, the USS Roosevelt was forced to withdraw from the region while the air force ceased its 15-year presence over Guam.

On April 18 the Paracel (Xisha) and Spratly Islands (Nansha) were put under official control by China in a move which could spark tensions with neighbouring countries in the region.

Sansha City, within the Paracel’s will control both districts in a move which extends Beijing’s territorial claims by two million kilometres.

Such is the importance of the move, some analysts have insisted the move will now safeguard China’s national sovereignty away from the mainland.

Zhang Junshe, a researcher at the People’s Liberation Army’s (PLA) Naval Military Studies Research Institute, told the state-affiliated Global Times said: “Eight years after China set Sansha as a city-level administrative unit, it is now time to subdivide it with different districts to further fulfil the responsibility of safeguarding our national sovereignty.” 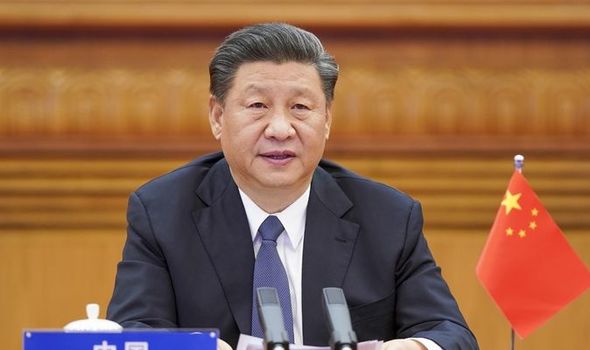 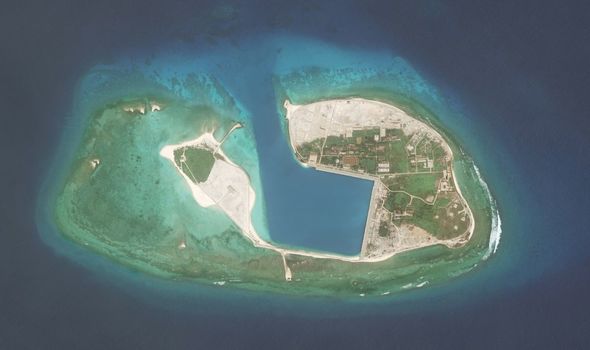 Song Zhongping also said: “As a city that administers the largest territory among Chinese cities, it is also responsible for managing islands, isles and waters – work that is complicated and sensitive.

“The newly established districts will help detail the current administrative work in the area and build Sansha into a better city.”

Although a US warship withdrew from the region, two further US warships have entered the South China Sea.

Both the USS America and USS Bunker Hill were confirmed to be operating in the waters on Tuesday. 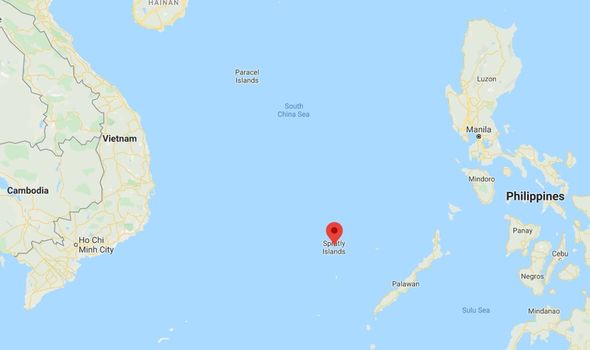 Some security sources declared the ships had entered an area near to a standoff between China and Malaysia.

The Chinese Haiyang Dizhi 8 was seen conducting a survey near to a Malaysian vessel run by the country’s state oil company, Petronas.

The Chinese ship had also conducted a similar mission off the coast of Vietnam before the US intervened and demanded the ship leave the waters.

The US State Department has stated China was taking advantage of the coronavirus’ pandemic. 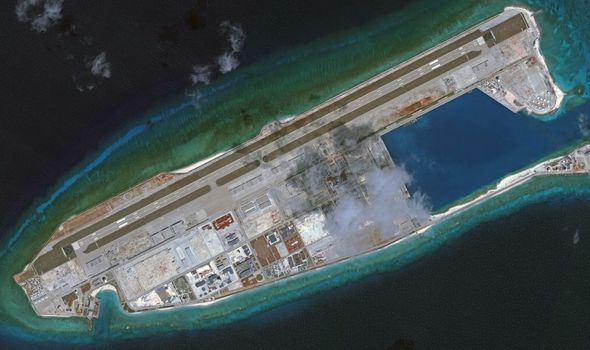 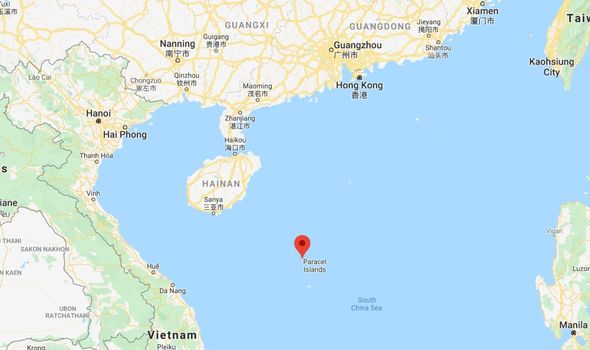 However, US officials confirmed they will continue to remain in the South China Sea to promote freedom of navigation.

US Indo-Pacific Command spokeswoman Nicole Schwegman said: “Through our continued operational presence in the South China Sea, we are working to promote freedom of navigation and overflight, and the international principles that underpin security and prosperity for the Indo-Pacific.

“The US supports the efforts of our allies and partners to determine their own economic interests.”

In an effort to calm tensions, read admiral Fred Kacher, commander of the USS America Expeditionary Strike Force said interactions between the two forces had been peaceful.

He said: “All our interactions continue to be safe and professional with them.”

This comes, however, as tensions between China remain tense over several island chains. 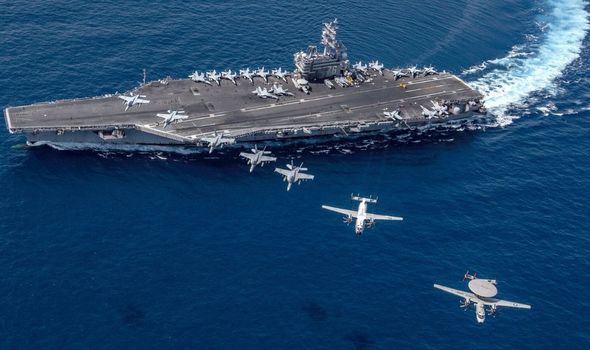 These confrontations stem from Beijing’s implementation of the nine-dash line policy.

Under the policy, China has laid claim to several areas which lay in the territorial waters of countries such as Malaysia and the Philippines.