The Secretary of State is currently undergoing a tour across the Indo-Pacific region and arrived in New Dehli to sign the Basic Exchange and Cooperation Agreement on Geospatial Cooperation. Upon signing the treaty with India, which is also part of the QUAD alliance, Mr Pompeo claimed China is “no friend to democracy”. The new treaty will help foster greater military cooperation between the two states who have both clashed with Beijing this year.

Mr Pompeo said: “The United States will stand with the people of India as they confront threats to their freedom and sovereignty.

“Big things are happening as our democracies align to better protect the citizens of our two countries and indeed, of the free world.

“Our leaders, and our citizens, see with increasing clarity that the Chinese Communist Party is no friend to democracy, the rule of law, transparency, nor to freedom of navigation, the foundation of a free and open, prosperous Indo-Pacific.” 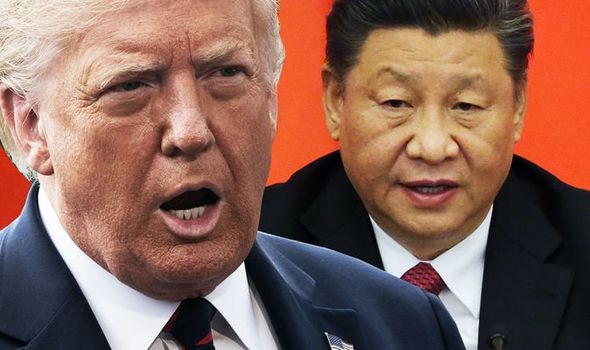 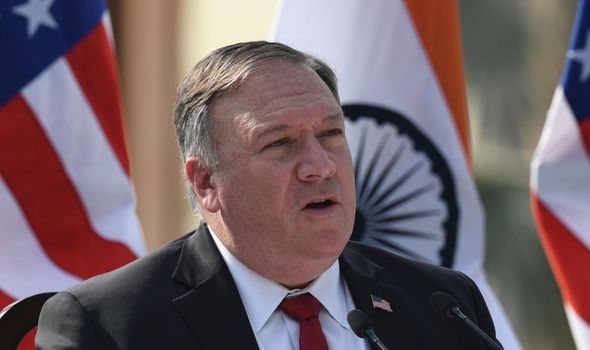 Under the new treaty signed by the two countries, India will be given a range of topographical, nautical and aeronautical data that is considered vital for targeting of missiles and armed drones.

With the two states looking to deepen their ties, India’s foreign minister also claimed the alliance will be critical to the security and prosperity of both countries.

Following the treaty, China hit back at what it called repeated attacks against the state. 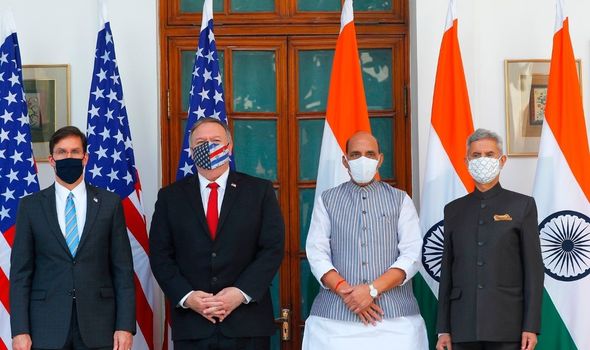 It also called on both states to drop their Cold War-like rhetoric.

Spokesperson for the Chinese foreign ministry, Wang Wenbin said: “Pompeo’s attacks and allegations against China are nothing new.

“They are merely old lies repeated time and again, only to expose his Cold War mentality and ideological bias.

“We urge him to discard the Cold War zero-sum mentality, stop hyping up the so-called ‘China threat’, and stop the misguided efforts to sow discord between regional countries and undermine regional peace and stability.” 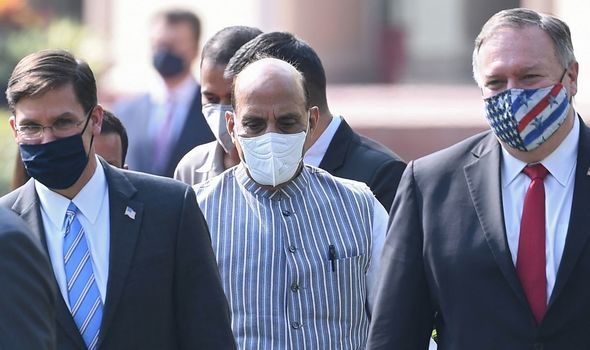 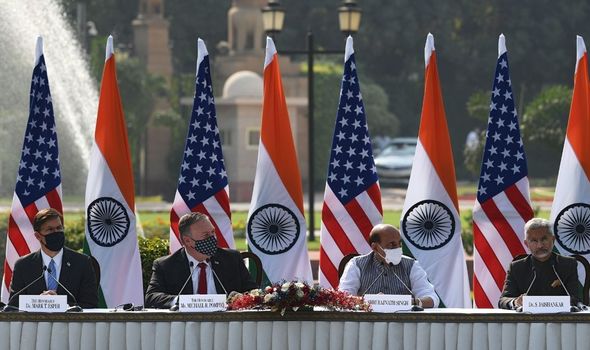 To strengthen the QUAD alliance, India invited Australia to join naval drills with the US and Japan earlier this month.

These exercises were seen as an attempt from the four states to strengthen ties to be able to halt China’s aggression in the region.

Although tensions have cooled, Chinese and Indian troops clashed over the Himalayan border between the two states earlier this year.

This resulted in the deaths of 20 Indian troops on June 20, leading to Prime Minister Narendra Modi to seek greater ties with the US.

The US also agreed a $2.37billion (£1.81billion) arms deal with Taiwan, despite the threat of sanctions on American companies from China. 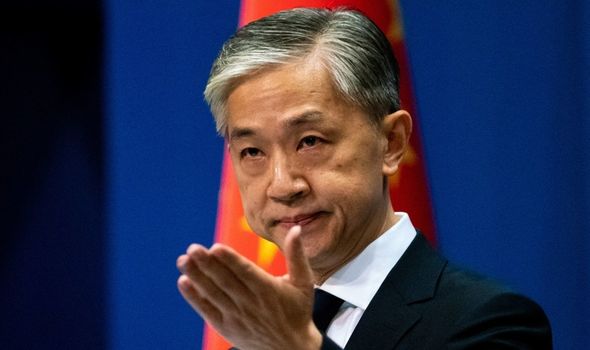 Commenting on the deal, Taiwan’s Foreign Ministry said: “It demonstrates the US government’s commitment to the Taiwan Relations Act and Six Assurances.

“It also enables the country to maintain a robust self-defence, regional peace and stability.”