HONG KONG (Reuters) – China will propose national security laws for Hong Kong in response to last year’s often violent pro-democracy protests that plunged the city into its deepest turmoil since it returned to Chinese rule in 1997, three people with direct knowledge of the matter said on Thursday. 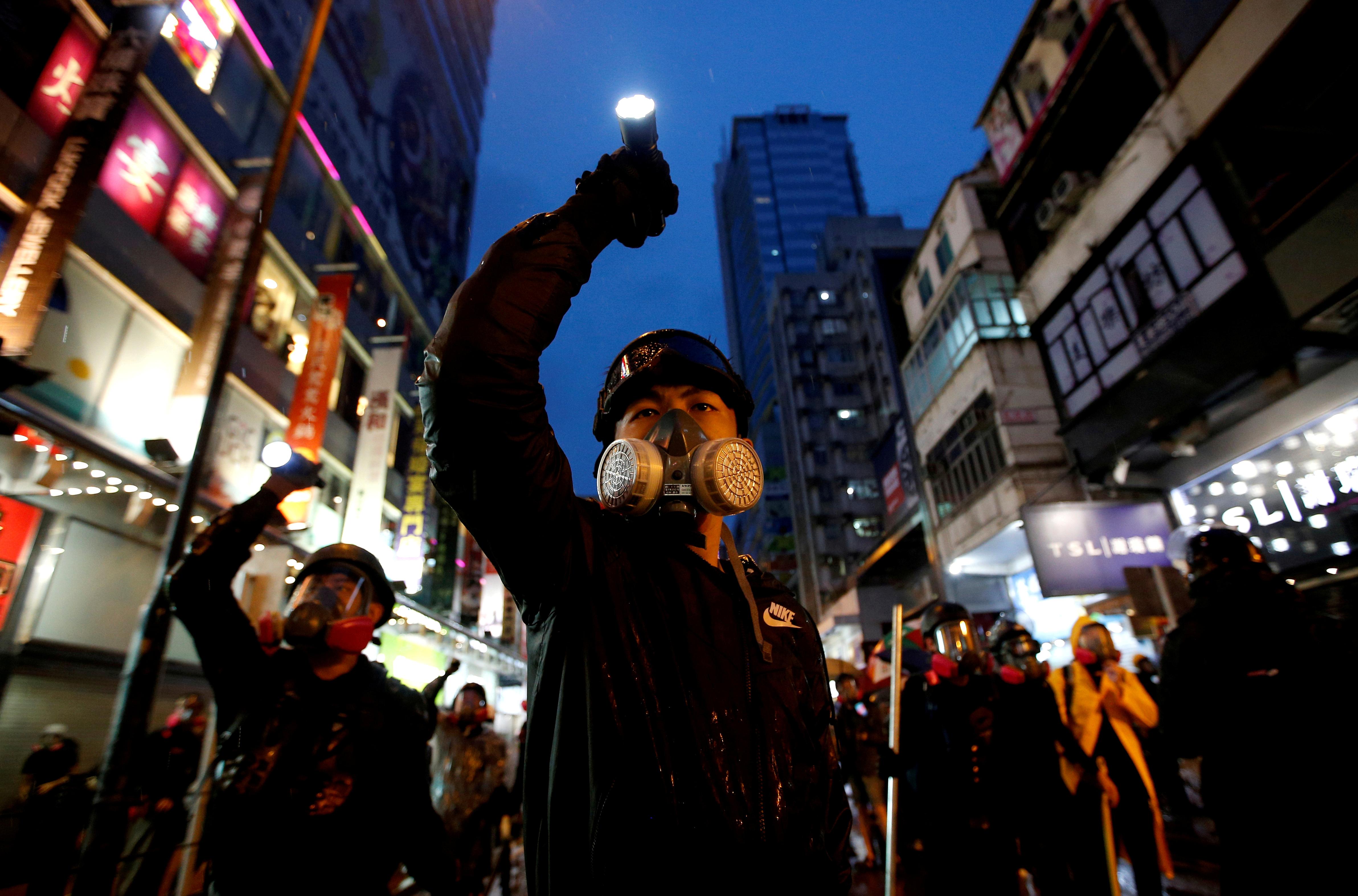 The legislation, which could be introduced as a motion to China’s parliament, could be a turning point for its freest and most international city, potentially triggering a revision of its special status in Washington and likely to spark more unrest.

Online posts have already emerged urging people to gather to protest on Thursday night and dozens were seen shouting pro-democracy slogans in a shopping mall as riot police stood nearby.

Hong Kong people took to the streets last year, sometimes in their millions, to protest a now-withdrawn bill that would have allowed extraditions of criminal suspects to mainland China. The movement broadened to include demands for broader democracy amid perceptions that Beijing was tightening its grip over the city.

“If Beijing passes the law … how (far) will civil society resist repressive laws? How much impact will it unleash onto Hong Kong as an international financial centre?” said Ming Sing, political scientist at the Hong Kong University of Science and Technology.

The Hong Kong dollar weakened on the news.

The technical details of the proposals remain unclear but an announcement will be made in Beijing later on Thursday, one senior Hong Kong government source said.

China’s parliament, the National People’s Congress, is due to begin its annual session on Friday, after being delayed for months by the coronavirus.

U.S. Secretary of State Mike Pompeo said on May 6 he was delaying the report assessing whether Hong Kong was sufficiently autonomous to warrant Washington’s special economic treatment that has helped it remain a world financial centre.

The delay was to account for any actions at the National People’s Congress, he said.

Tension between the two superpowers has heightened in recent weeks, as they exchanged accusations on the handling of the coronavirus pandemic, souring an already worsening relationship over trade.

A previous attempt by Hong Kong to introduce national security legislation, known as Article 23, in 2003 was met with mass peaceful protests and shelved.

Hong Kong has a constitutional obligation to enact Article 23 “on its own”, but similar laws can be introduced by Beijing separately into an annex of the Basic Law, the city’s mini-constitution.

That legal mechanism could bypass the city’s legislature as the laws could be imposed by promulgation by Hong Kong’s pro-Beijing government.

“Some people are destroying Hong Kong’s peace and stability. Beijing saw all that has happened,” pro-establishment lawmaker Christopher Cheung, who is not part of discussions in Beijing, told Reuters.

“Legislation is necessary and the sooner the better.”

National security legislation has been strongly opposed by pro-democracy protesters who argue it could erode the city’s freedoms and high degree of autonomy, guaranteed under the “one country, two systems” formula put in place when it returned to Chinese rule.

A senior Western diplomat, who declined to be identified, said the imposition of such laws from China, without any local legislative process, would hurt international perceptions about the city and its economy.

Protesters denounce what they see as the creeping meddling in Hong Kong by China’s Communist Party rulers. Beijing denies the charge and blames the West, especially the United States and Britain, for stirring up trouble.