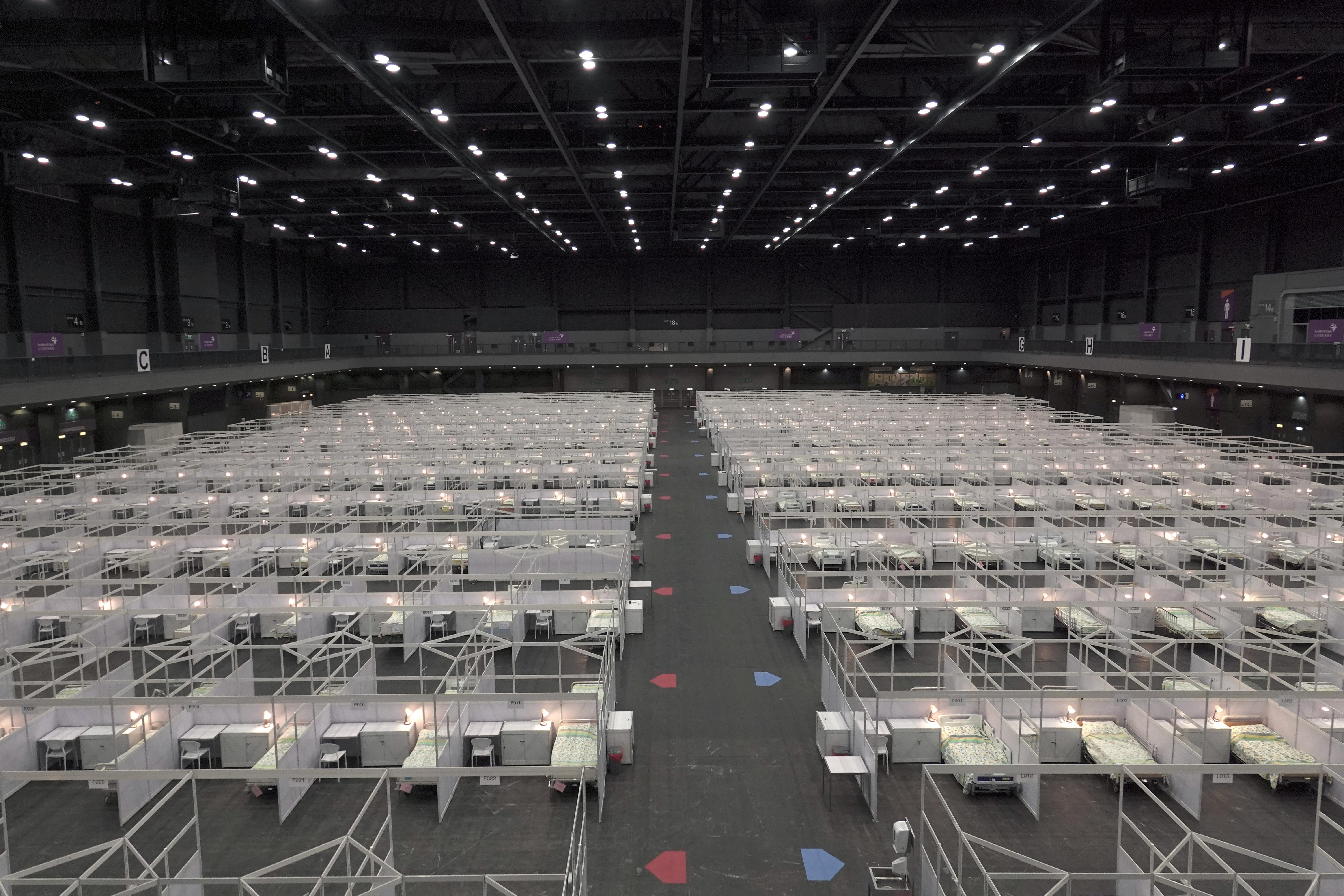 HONG KONG (Reuters) – Seven Chinese health officials were due to arrive in Hong Kong on Sunday, the first members of a 60-person team that will carry out widespread testing for COVID-19 in the territory as the global financial hub races to halt a third wave of illness.

Members of the team are from public hospitals in Guangdong province while a specialist team of six from Wuhan, where the novel coronavirus first appeared, will help prepare part of the AsiaWorld Expo convention centre as a facility for COVID-19 patients.

The initiative is the first time mainland health officials have assisted Hong Kong in its battle to control the coronavirus.

Some local residents fear China may use this as an excuse to collect DNA samples for surveillance purposes.

Leader Carrie Lam said on Saturday the former British colony asked for help from the central government due to the resurgence in cases. She said the government was studying whether everyone in Hong Kong could be tested, local broadcaster RTHK reported on Saturday.

The Chinese territory saw a surge in locally transmitted coronavirus cases in July and introduced a raft of tightening measures including restricting gatherings to two people and mandating face masks in all outdoor public spaces.

Hong Kong has reported around 3,400 coronavirus cases and 33 deaths since January, far lower than other major cities around the world. But the daily number of new infections has been in the triple-digits for the past 11 days.

Beijing recently imposed a security law that critics say undermines Hong Kong’s autonomy, which was guaranteed under a “one country, two systems” formula when the city returned to Chinese control from Britain in 1997.