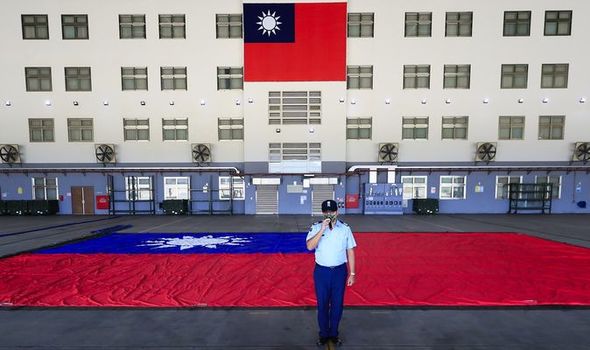 Beijing’s double-fronted assault has targeted the international community as well as Lithuanians at home – including a small percentage of elite business owners and, sources say, influencers in the mould of Christina Lee, the UK lawyers outed last week by MI5 for her work in swaying MPs to accept Chinese policy ambitions. Worryingly, the campaign is having a dramatic effect, with recent polls showing only 13 percent of Lithuanians supporting the stance taken by Ingrida Šimonytė’s government.

Vilnius became a target following its decision to formally recognise Taiwan – to which Beijing lays territorial claim- by allowing its embassy to use the name rather than the customary “Taipei Representative Office”.

Despite the announcement by Taiwan – the world’s leading producer of semiconductors – of a $1bn joint investment fund, China mounted disinformation to persuade Lithuanians that their entire economy is at risk of collapsing unless Vilnius changes course.

Measures have included calls in the Beijing mouthpiece Global Times for China to use its new strategic partnership with Russia to jointly “punish” Lithuania, which it describes as the US’ “dog”. German car manufacturers, reliant on Lithuanian components, have also been activated to apply pressure on the EU member state.

“Lithuania is fiercely protective of its sovereignty and democracy – we were the first to declare independence from the Soviet Union in 1990,” said Viktorija Starych-Samuolienė of the Council on Geostrategy think tank. “Politically, Russia has led the way with disinformation and its use of influencers and China has learned much.”

“The irony is that one of the reasons Lithuania embarked on this course is that our economic relations with China weren’t paying off – we export less to China than Kazakhstan,” he said. But the response from Beijing has been to use fear and diplomacy to punish us.

“They are activating business elites and some politicians who are telling us 24/7 that Lithuania will not survive. I’ve even read that Lithuanians will end up having to move to Norway to pick flowers. We know about disinformation. We have experienced this for decades from Russia. China is using Russia’s playbook.”

He added: ”But the government will not be swayed by these tactics. It understands the threat posed by China to the democratic world. We know China is not a partner which can be trusted. Beijing doesn’t believe in partnership. If we don’t take steps to decouple, we’d be facing bigger problems in three years’ time.”

Ironically, China’s decision to remove Lithuanian from the European supply chain may prove its undoing in this battle, he said. “By banning Lithuania from the broader supply chain, what China is actually doing is to threaten the EU common market. As we have seen with Brexit, this is something the EU cannot allow under any circumstances. It may take time, but the EU will fight back. “