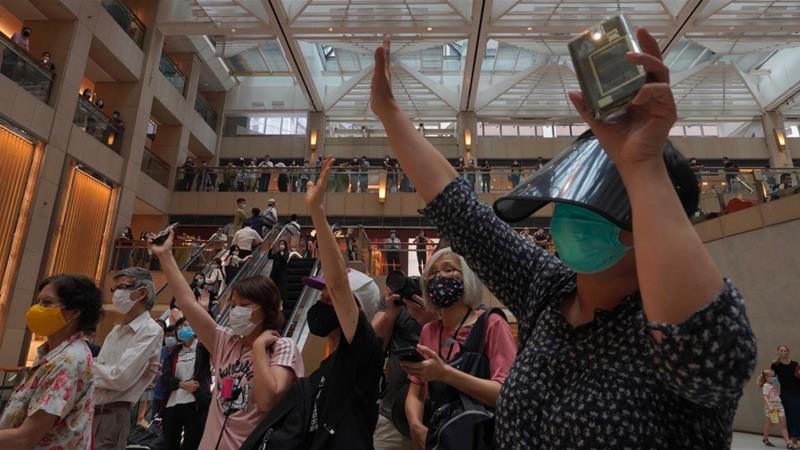 China has warned the United Kingdom about interfering in Hong Kong’s affairs after the former colonial power promised to give sanctuary to locals who may flee the city if a controversial security law is passed.

British Prime Minister Boris Johnson wrote in an opinion piece on Wednesday that he would offer millions of Hong Kongers visas and a possible route to UK citizenship if China enacted its planned national security law that was approved by the parliament last week.

China’s foreign ministry accused the UK of having a colonial mentality with its historical link to Hong Hong stemming from “aggressive and unequal treaties”.

“We advise the UK to step back from the brink, abandon their Cold War mentality and colonial mindset, and recognise and respect the fact that Hong Kong has returned” to China, its foreign ministry spokesperson Zhao Lijian said at a regular news briefing on Wednesday.

Zhao said London must “immediately stop interfering in Hong Kong’s affairs and China’s internal affairs, or this will definitely backfire”.

The United States and the UK have enraged Beijing with their criticism of planned national security legislation that critics fear would destroy the semi-autonomous city’s limited freedoms.

Al Jazeera’s Kristina Yu, reporting from the capital, Beijing, said: “We have heard this language before when China has responded to statements from the US but it seems that the UK is now also in the bad books of China’s foreign ministry.”

‘Time is running out’

Hong Kong has been rocked by months of enormous and often violent pro-democracy protests over the past year.

China says the law – which will bypass Hong Kong’s legislature – is needed to tackle “terrorism” and “separatism” in a restless city it now regards as a direct national security threat.

But opponents, including many Western nations, fear it will bring mainland-style political oppression to a business hub that was supposedly guaranteed freedoms and autonomy for 50 years after its 1997 handover to China from the British Empire.

In Parliament on Tuesday, UK Foreign Minister Dominic Raab said he had reached out to Australia, New Zealand, the US and Canada about contingency plans if the law creates a deluge of Hong Kongers looking to leave.

“I raised it on the Five Eyes call yesterday – the possibility of burden sharing if we see a mass exodus from Hong Kong,” Raab told politicians, referencing the intelligence-sharing alliance between the five powers.

Pro-democracy activist Joshua Wong said seven European nations, and the EU, have already spoken out against the bill, but more support is needed.

“We encourage more Hong Kongers to join this global petition and wish more European leaders could stand with Hong Kong,” Wong said. “Hong Kong is already under threat, and time is running out in this global city.”

About 350,000 people in Hong Kong currently hold British National (Overseas) passports, which allow visa-free access to the UK for up to six months. Another 2.5 million people would be eligible to apply for one.

Meanwhile, protests have returned to Hong Kong, with police cracking down on anti-government demonstrators.

More disruption is expected on Thursday when a bill that would outlaw mocking the Chinese national anthem will be decided in Hong Kong’s legislature. 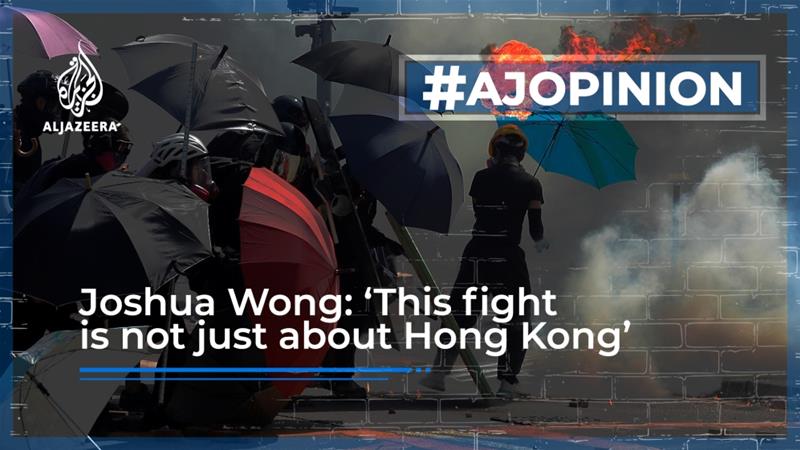 Joshua Wong: ‘This fight is not just about Hong Kong’