The country’s Communist party intensified religious persecution last year and has closed churches, imprisoned pastors and rewritten scriptures to deter popularity in the faith. The Chinese government restricts religious practice to five official recognised religions to be practiced in approved premises, classifying many groups outside of its control as “evil cults”. And while the coronavirus outbreak has claimed over 3,000 lives in the country, authorities have persisted to derail religious practices.

In footage posted on Twitter, Father Francis Liu from the Chinese Christian Fellowship of Righteousness, showed the moment authorities arrived at the state-sanctioned church in

The video shows a crane truck parked outside the church gates on April 1 before the local government removed the cross.

The person recording the video can be heard saying: “They want to remove the church’s cross. We need to pray for this. May God have mercy on us!”

A worshipper – assumed to be a church member – can be seen kneeling and praying outside the church gates.

Shocked internet users condemned the destruction of the holy building. Writing on Twitter, one person speculated the Communist Party wants to use the land where the church is situated for other purposes. 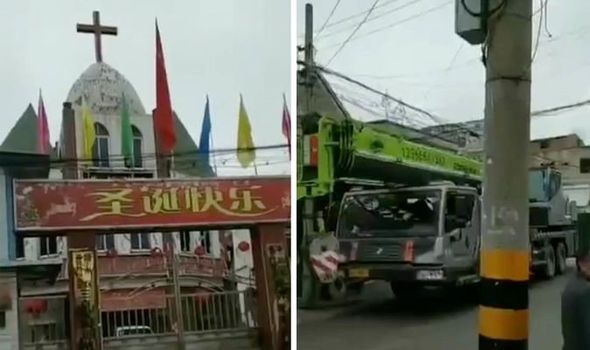 One person said no faith should be condemned, while another added that “any religion in the world is a cult in the eyes of a group of atheists”.

And another Twitter user said the act was rooted in a second cultural revolution, after the first in 1966 launched by Mao Zedong to reassert his control over the Communist Party.

China has introduced new administrative regulations, enshrining measures on the structure and function of religious organisations, into law.

It came into effect on February 1.

The new laws ensure the subordination of religious groups to the Communist Party.

Xi Jinping, the general secretary of the Communist Party, has lodged the State Bureau of Religious Affairs under the thumb of the party, with a surveillance policy. 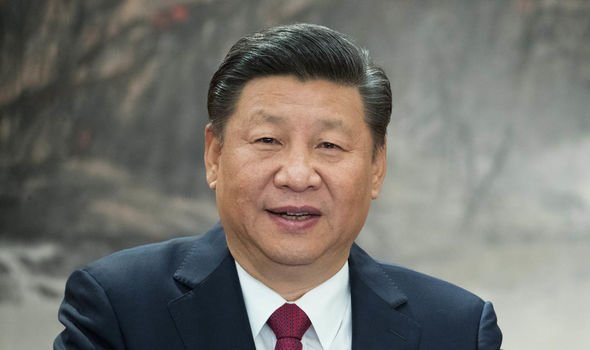 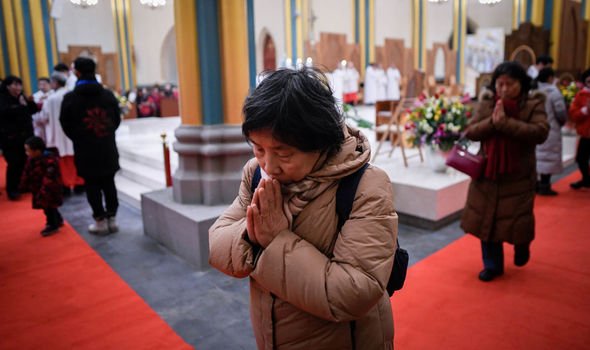 “Religious organizations must spread the principles and policies of the Chinese Communist Party, as well as national laws, regulations, rules to religious personnel and religious citizens, educating religious personnel and religious citizens to support the leadership of the Chinese Communist Party, supporting the socialist system, adhering to and following the path of socialism with Chinese characteristics (Article 17).”

The new laws call for the sinizication of religion. Article 5 states that “Religious organizations must support the leadership of the Communist Party of China” and “adhere to the direction of Sinicization of religions.”

In line with the measures, religious organisations are to report their wide-ranging affairs to authorities, including financial expenditure, personnel changes, important meetings and activities scheduled.

Organisations must also ensure staff learn “the major decisions of the Communist Party of China, national policies and regulations, the glorious traditional Chinese culture, and knowledge about religion” (Article 32). 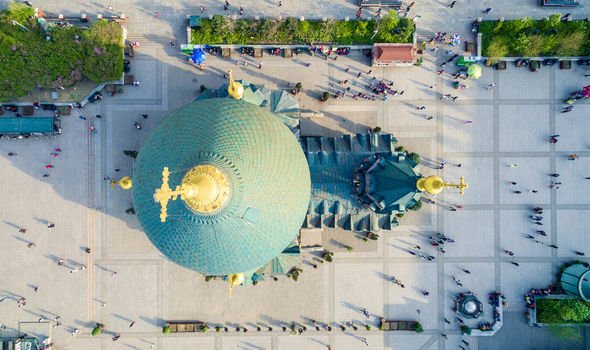 Over the last eight months, churches have been shut and in some cases bulldozed.

Another driving force in the closure of such premises is the threat of intimidation, arrest, imprisonment and torture. Video surveillance cameras are being installed in those that remain open.

In the city of Fuzhou, a Catholic archdiocese, over 100 churches have been closed since August.

Meanwhile, human rights defenders like activist and lawyers who are calling for the protection of religious venues have been targeted with violations such as arbitrary detention, harassment and restrictions on practice.