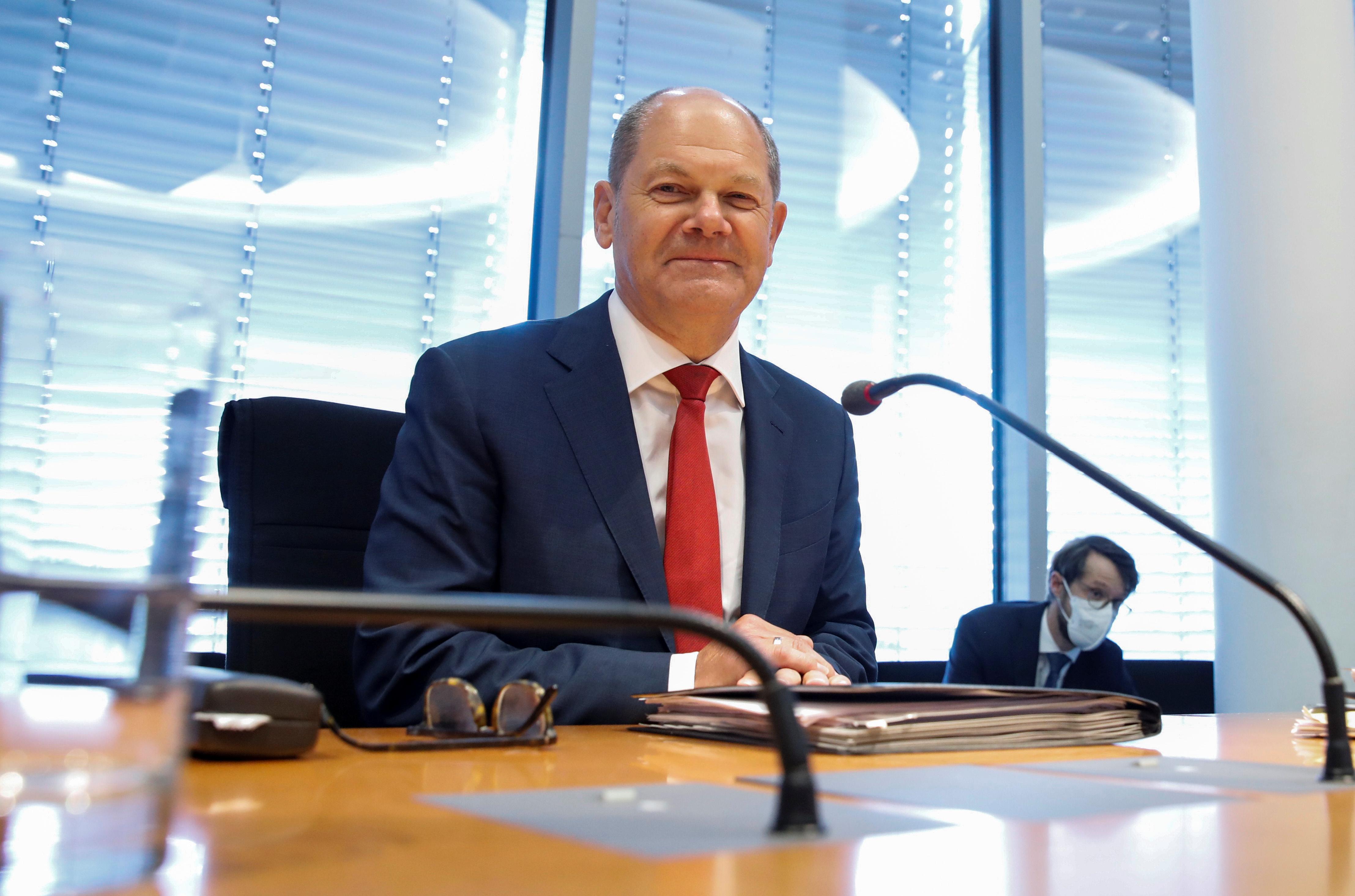 BERLIN (Reuters) – Germany’s Social Democrats proposed Olaf Scholz, the finance minister and their most high-profile and popular politician, to run to succeed Chancellor Angela Merkel in next year’s elections, when her fourth and final term is expected to end.

The decision marks a comeback for the former Hamburg mayor, who was last year defeated in the race to lead his party by two left-wing outsiders. Now, Saskia Esken and Norbert Walter-Borjans have nominated their erstwhile rival.

“Now it’s official,” Scholz wrote on Twitter. “The party leadership have unanimously nominated me as chancellor candidate. I look forward to a fun, fair and successful campaign.”

But Scholz, who has been turned by the coronavirus crisis from an austere-minded custodian of the public purse to the free-spending paymaster in charge of massive stimulus and healthcare spending to sustain Europe’s largest economy through the pandemic, faces a stiff challenge.

The party, which for decades vied with Merkel’s Christian Democrats to dominate the political scene, has not won a national election since 2002 and now languishes a distant third in most polls behind the conservatives and the upstart Greens.

In what some saw as a recognition of this reality, party co-leader Walter-Borjans on Sunday conceded what had once been anathema: that alongside the Greens, the party would be open to govern in coalition with the Left party, heirs to the Communist Party of the former East Germany.