European hospitals could run out of drugs being used to treat COVID-19 patients in intensive care within days, a hospitals body has warned.

The European University Hospital Alliance said in a statement sent to national governments that hospitals across the continent could run out of stocks of muscle relaxants, sedatives and painkillers in less than two weeks.

But at the hardest-hit hospitals, existing stocks might only last two days. 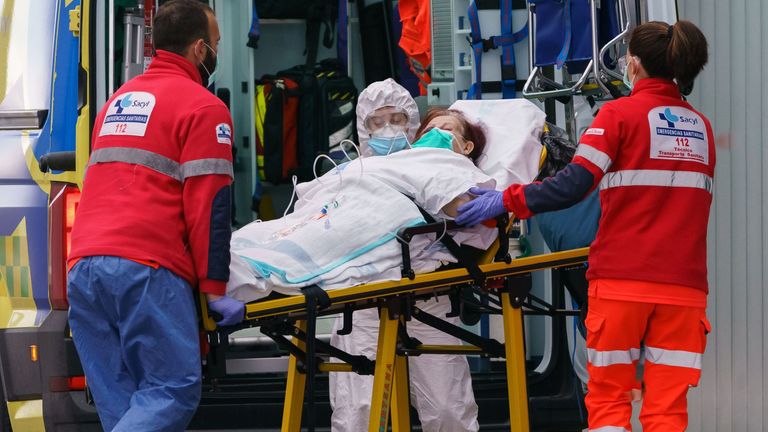 “The most urgent need now is for the drugs that are necessary for intensive care patients,” the alliance said, noting that shortages have led some hospitals to buy alternative drugs or try other doses on patients.

“It is extremely worrying that overworked and often less-experienced nurses and doctors-in-training, drafted to fill the gaps, have to use products and dosages that they are not used to.”

The group, which represents nine university hospitals in Austria, Britain, France, Germany, Italy, the Netherlands, Belgium, Sweden and Spain, said some governments were coping with the crisis by refusing to export to others.

That could exacerbate current shortages, the alliance wrote.

It said: “No single country in Europe has the production facilities to provide all the drugs (or protective gear or ventilators) needed. Co-ordinated European action will be of vital importance.”

Spain, the second-worst hit country in terms fatalities, passed a grim milestone on Thursday as it recorded its 10,000th death from the pandemic.

A new record 950 COVID-19 deaths were recorded on Thursday, although the growth in infections is waning, health ministry data showed.

Spain also lost nearly 900,000 jobs, although that figure is dwarfed by the US, where 6.6 million new unemployment claims were made last week.

In the city, bodies were loaded on to refrigerated mortuary trucks outside overwhelmed hospitals.

New York Governor Andrew Cuomo said: “How does it end? And people want answers. I want answers. The answer is nobody knows for sure.”

In Italy, where the total of 13,915 deaths is the highest globally, another 760 deaths were reported on Thursday as mortuaries overflowed with bodies and coffins piled up in churches.

Experts drew hope that the spread was already slowing in the country.

Sky’s Sally Lockwood, in Rome, said the lockdown there could start to be lifted “incrementally, by generations, soon” although she warned that schools “might not go back until September”. 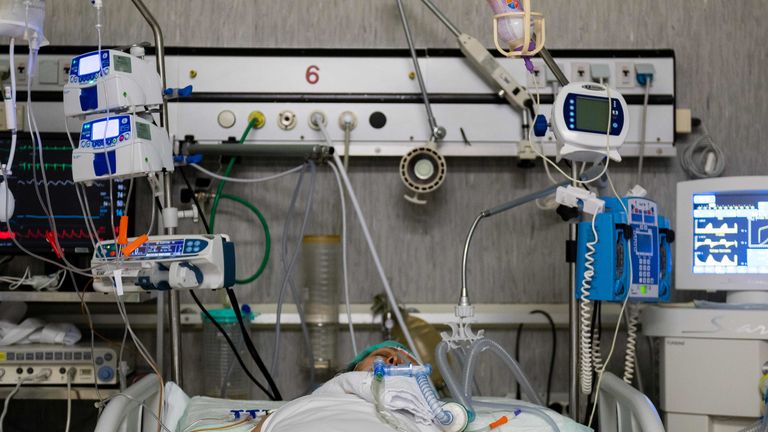 In Italy, “they have upscaled their ICUs”, she said, while in Spain “14% of healthcare staff are infected”, a third of hospitals are at full capacity in ICUs.

Close to 940,000 people around the world have contracted the virus, according to a tally from Johns Hopkins University, and more than 47,000 people have died.