Oversight officials and advocates say the health of inmates should be a priority in efforts to contain the coronavirus. 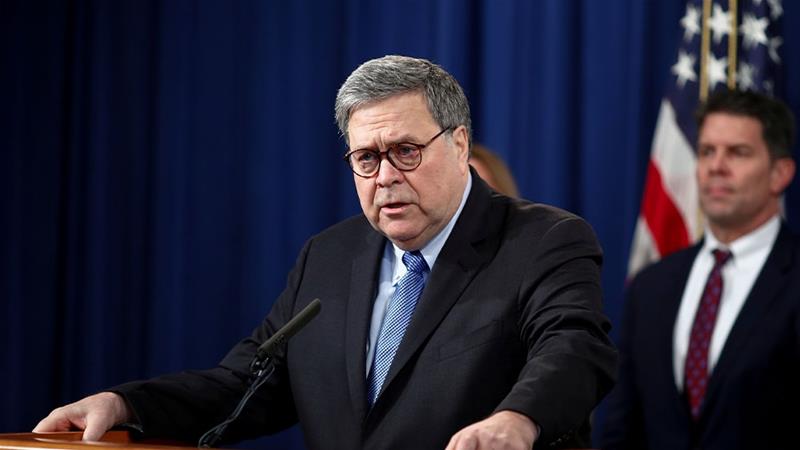 United States Attorney General William Barr on Thursday recommended the release of at-risk inmates to home confinement for the remainder of their sentences, signalling that calls to release prisoners to limit the spread of the deadly novel coronavirus are being heard at the federal level.

Barr said federal authorities should prioritise the release of at-risk inmates, including those with pre-existing conditions and the elderly, including the roughly 10,000 federal inmates over the age of 60, groups that preliminary data shows are more severely affected by the coronavirus.

While this is a positive step, it is just the first, according to Michael Mendoza, national director of #cut50, a bipartisan effort to cut crime and incarceration in the US.

“I commend the attorney general,” Mendoza told Al Jazeera. “It will save lives. But more needs to be done.”

‘Slow down the spread’

Mendoza spent 22 years in prison for his involvement in a gang-related murder – being incarcerated in an adult prison at the age of 17 – before being paroled in 2014 from a California prison.

Federal prisons, which house roughly 145,000 inmates, have security levels between one and five. Mendoza did time at prisons between the levels of two and five, and the health and hygiene of these locales was “poor”, he said.

When asked if the coronavirus could be stopped inside the prison system, Mendoza replied: “No, but you can slow down the spread.”

Mendoza lauded efforts made by officials in California and echoed across the US, such as the screening of staff for coronavirus symptoms before they enter prisons and free phone calls.

For people inside prisons, communication with loved ones is a significant help, Mendoza said.

As most prison and jail systems have cancelled visitations while the pandemic continues, simply “knowing your family is ok … is a lot for someone’s emotional and mental wellbeing. Stress also compromises your immune system”.

Still, requests for medical attention can take up to two weeks to be answered, which “could be a death sentence” for inmates whose immune systems are compromised, and basic hygienic items like soap are in short supply.

The US has a complex system of prisons and jails, administered on the national, state and local levels. New York City has made headlines for its efforts to release incarcerated individuals on the local level as it assumes the role of the epicentre of the pandemic’s spread in the US.

Officials in New York City released 200 inmates from jails on Thursday, with another 175 planned for release, bringing the number of incarcerated in the city down to levels not seen since World War II.

“None of us expected this crisis, but one thing that has come out of it is that our jail population has continued to decline,” New York City Mayor Bill de Blasio said.

Even as the city’s jail population reaches historic lows, “[c]ollectively we think the mayor should be doing more”, said Dr Robert Cohen, a member of the New York City Board of Correction, a nine-person, nonjudicial oversight board that regulates, monitors and inspects the correctional facilities in the city.

At least 58 New York Department of Corrections (DOC) employees had tested positive for coronavirus along with 73 inmates in DOC facilities as of Thursday, the New York Post reported.

Releasing more inmates who have committed violations such as parole violations – and more closely considering who qualifies for at-risk groups – could help, Cohen told Al Jazeera.

“The fewer people there are in jails and prisons … the slower the virus will spread in those populations, and the slower it will spread” outside through staff who go home at night, Cohen added.

Those who have been released thus far are “basically persons who have city sentences for minimal crimes”, Cohen explained.

About 1,000 more prisoners at Rikers Island, one of the first facilities in the US to have a confirmed case of coronavirus among the inmate population, are behind bars for low-risk infractions such as parole violations, Cohen said.

Cohen, who worked on Rikers Island and has overseen medical care for prisoners in Florida, Ohio, New York State, Michigan, and Connecticut, warned that the health of inmates is different from that of the general population. 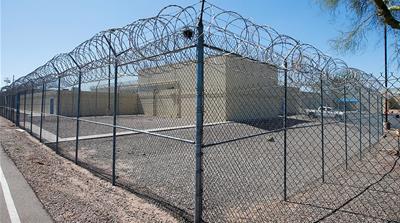 Regarding US Attorney General William Barr’s comments on those over 60 years old, Cohen said incarcerated “people over 50 are generally quite old”.

By the age of 50, people on average have three or four continuing health risks and can be on up to seven medications, according to data, the doctor explained. Life is more difficult behind bars, and that takes a toll.

Cohen and Mendoza said that steps should be taken to release as many inmates as safely possible for communities.

But governments are not inclined to move quickly, Cohen continued, noting that New York City’s mayor cannot make the decisions on his own and must confer with governors and jail officials.

Still, urgency is important, he said.

The US is “way into this thing. Every day for the next period, if it doesn’t get better, it’s going to get worse. For prisons and jails, it’s important to act as soon as possible.”