New York City has begun digging extra graves in its public cemetery, with pictures showing pine caskets stacked on top of each other in a large burial pit.

It has hired labourers to bury people who have died after contracting the coronavirus and whose bodies have not been claimed.

New York state is by far the worst affected area in the US, with 7,844 dying with COVID-19. 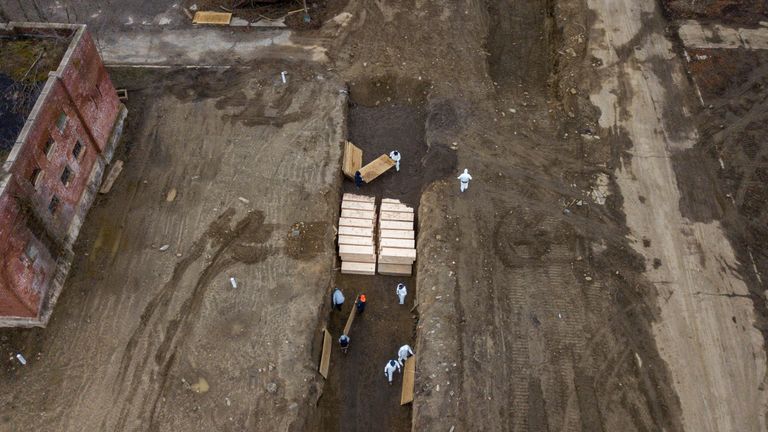 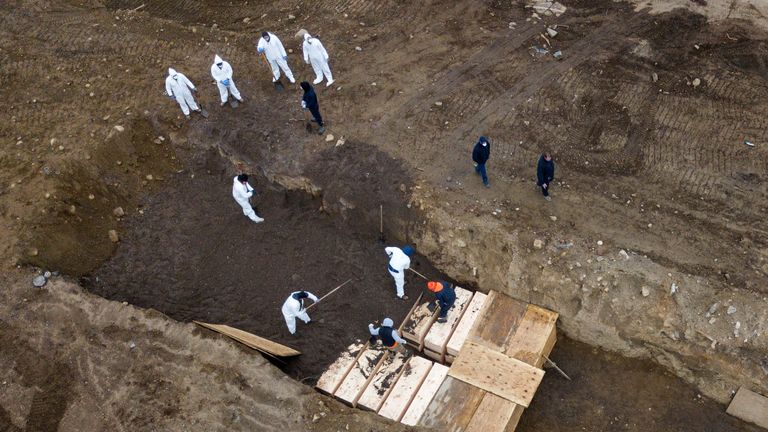 The city’s medical examiner will be allowed to keep the dead in storage for a fortnight before they are transferred to “potter’s field” on Hart Island.

The island is a one-mile strip off the Bronx which can only be accessed by boat and is often used for families who cannot pay for a funeral.

Prison inmates normally help bury the bodies but during the pandemic it has been stopped to prevent the spread of the virus.

Typically, the island buries 25 bodies per week, but numbers have been increasing since March.

Around 24 bodies are now buried daily, five days a week, the state says.