The streets of Paris are busy with people enjoying its famous cafes and restaurants after they were allowed to fully reopen for the first time in three months.

Since 2 June, cafe and restaurant owners in the French capital have only been allowed to serve people outside to help reduce the spread of coronavirus.

But on Sunday night President Emmanuel Macron surprised the nation and announced that Paris was now part of France’s “green zone”, meaning restaurants can fully reopen.

Parisians flooded back to their local bistros for a morning espresso or a three-course lunch, with large numbers seen wearing masks both on the terraces and indoors.

Previously only restaurants and cafes outside Paris’s Ile-de-France region were allowed to serve people indoors. 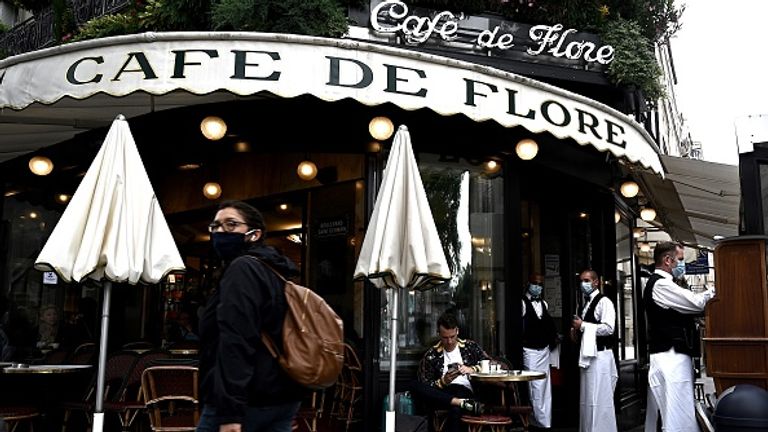 At the Cafe Des Anges in Bastille, manager Virgile Grunberg said although he has lost hundreds of thousands of euros from having to close with just hours’ notice on 14 March, he is hopeful he will be able to recover.

He said: “People have missed this, because they come in every morning before work, have a little coffee and a discussion. It’s part of Paris.” 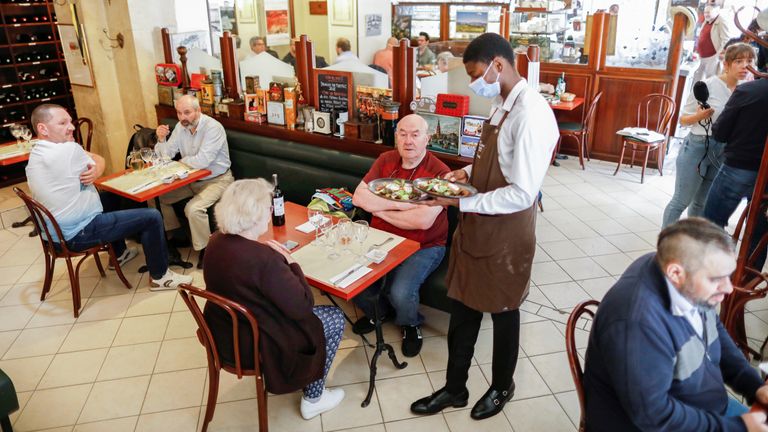 Customer Marie-Elisabeth Vilaine described it as a “renaissance but with caution” as France still has the fifth-highest COVID-19 death toll in the world – at 29,410.

Others said it was proving difficult to keep people apart, despite social distancing measures being in place.

Waiters dressed in traditional black and white suits were seen serving customers outside the well-known Cafe De Flore and Les Deux Magots in the city’s Latin Quarter on Monday.

But with the French border having only just reopened to other European countries, they will have to wait a little longer before tourists flock back.