He admitted that the task will be a ‘big challenge,’ but hopes to see students return before the crisis passes.

He also predicted that the worst is yet to come for the epicentre of America’s pandemic.

He revealed the questionable plans at a daily press briefing on Thursday.

The mayor fielded a question about the city’s ability to provide meals to children despite closures.

He said that the meals will be available to students even if the schools don’t reopen, but hopes to reopen them soon

De Blasio said: “We hope to get schools back up on April 20, but that’s going to be a big challenge.” 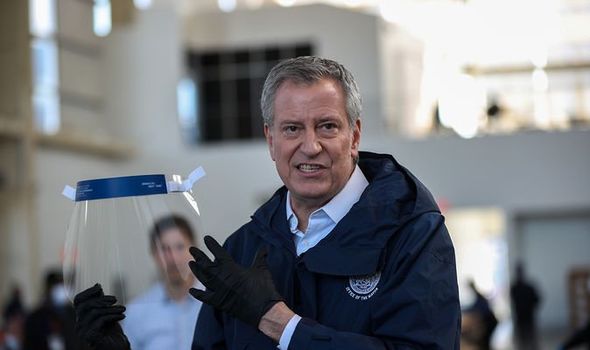 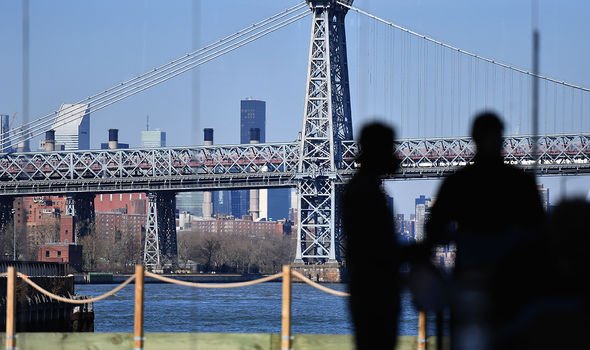 Three businesses from the area have joined forces to deliver between 15,000 and 18,000 face masks for health care workers.

Duggal, New Lab, and Bednark Studio have called their workers in to begin production.

The companies first created a prototype for the mask on Saturday and quickly began production on Wednesday. 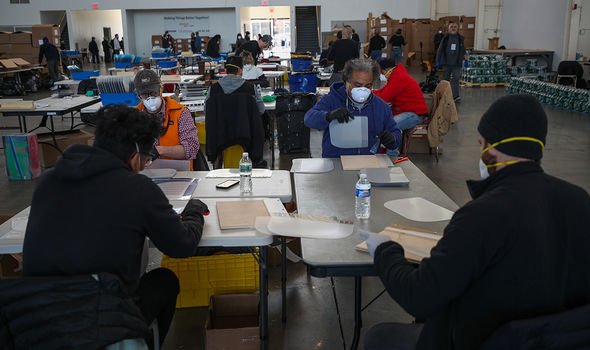 The mayor spoke to the workers at the yard, thanking them for their service.

He said: “Every one of you are heroes right now because you are providing us with supplies that are going to save lives and protect out health care workers,

“And you make me very proud of New York City and of Brooklyn, seeing that this has been created in a matter of days to protect people and it is an example of how we are going to fight back.”

Supplies are desperately needed in the state, with many hospitals running low of protective equipment.

Another stop on the Mayors tour of the disease stricken state was Elmhurst hospital.

Before his visit, he said the health care facility has become “the number one priority of out public hospital system.

“Right now Elmhurst hospital is holding its own, but we are in a race against time and we need more federal help immediately.” 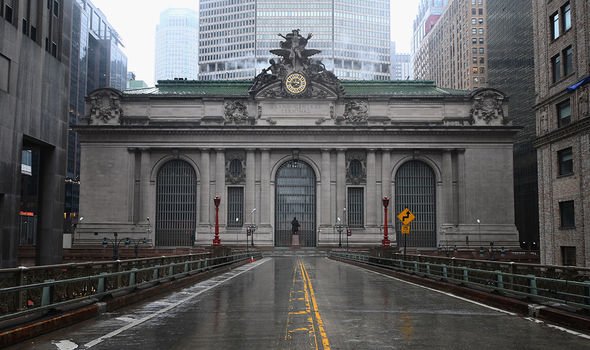 The visit to elmhurst comes after news that some staff are forced to reuse protective equipment.

One health care worker has died from coronavirus, while some workers have been asked to wear trash bags instead of hospital gowns.

New York as of Thursday has over 37’000 confirmed cases of coronavirus.

385 have died from the disease, with 100 deaths confirmed in the space of one day.