Unlike other countries, women in the French-speaking province account for 59.7 percent of infections. 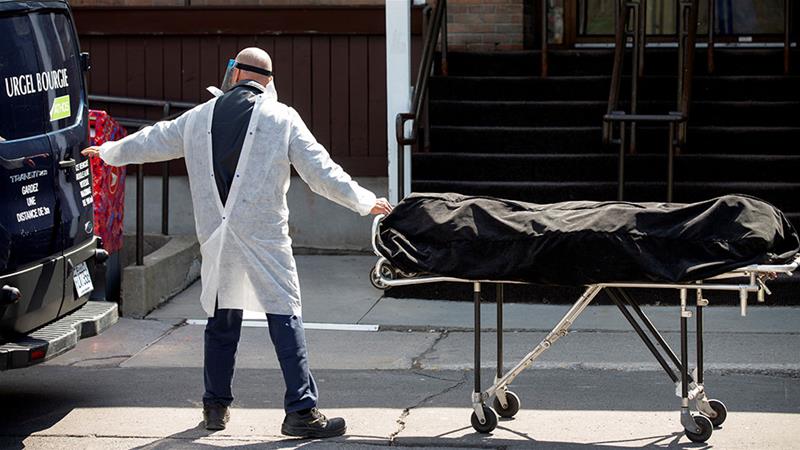 Women in the Canadian province of Quebec have been hit harder by the coronavirus than men, health officials say.

Contrary to trends in other countries where men have been most affected, women account for 59.7 percent of the people infected by the virus in Quebec, and 54 percent of the deaths, the Quebec National Institute of Public Health reported.

The institute said there were 36,986 confirmed coronavirus cases in the province and 2,786 deaths.

The institute offered no explanation for why women were more affected than men, but a large majority of nurses and caregivers of the elderly are women.

The age group most affected by the virus was 30 to 49-year olds, who accounted for 28 percent of those infected.

People between the ages of 80 and 89 accounted for 40 percent of the deaths, followed by 33.4 percent among people 90 and older.

As of Sunday, Canada recorded 68,952 COVID-19 cases and 4,824 deaths, according to data by Johns Hopkins University.