Restrictions on people travelling from the UK to Germany have been eased, days after Boris Johnson and Angela Merkel met at Chequers.

The UK is now no longer considered a highest level “virus variant area” but is now the second-highest designation – a “high-incidence area”.

This opens up quarantine-free travel for people who are fully vaccinated or have antibodies, and also reducing containment for those with a negative test. 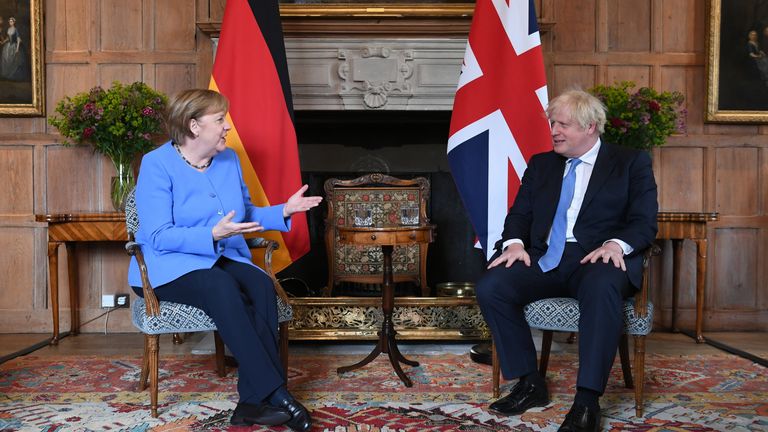 Ms Merkel said she wanted to make the change to the designation during her visit to the UK last week., with the country having been in higher tier since 23 May.

The UK has made the switch designation alongside Portugal, Russia, India and Nepal.

Airlines were restricted to largely just transporting German citizens and residents home, where they then had to spend 14 days in quarantine.

Now, unvaccinated people arriving from the UK can avoid a 10 day quarantine by testing negative after five days, and transport is no longer restricted.

However, Germany remains on the UK government’s amber travel list.

People returning from these countries have to isolate for 10 days, as well as taking two tests on days two and eight after returning.

The government has been discouraging people from travelling to amber list destinations on holiday, insisting trips should only be undertaken for limited reasons.

Case rates in Germany are low, although an increasing proportion of infections are the Delta variant – which now accounts for more than half of new positive results.